When Disney shuttered game developer Lucasarts, a number of projects ended up cancelled — and perhaps the most promising was Star Wars 1313, a gritty action game starring none other than Boba Fett. And while we'll likely never be able to actually play the game, some new concept art gives us a glimpse of what could have been. The new images come from illustrator and designer Gustavo H. Mendonça, who is currently working with 343 Industries on the next Halo. According to Mendonça, he was the first concept artist hired for the project and he spent four years working on the game. "Working on 1313 was one of the most fulfilling and challenging design jobs on my 15+ years career in the entertainment industry," he wrote back in September. 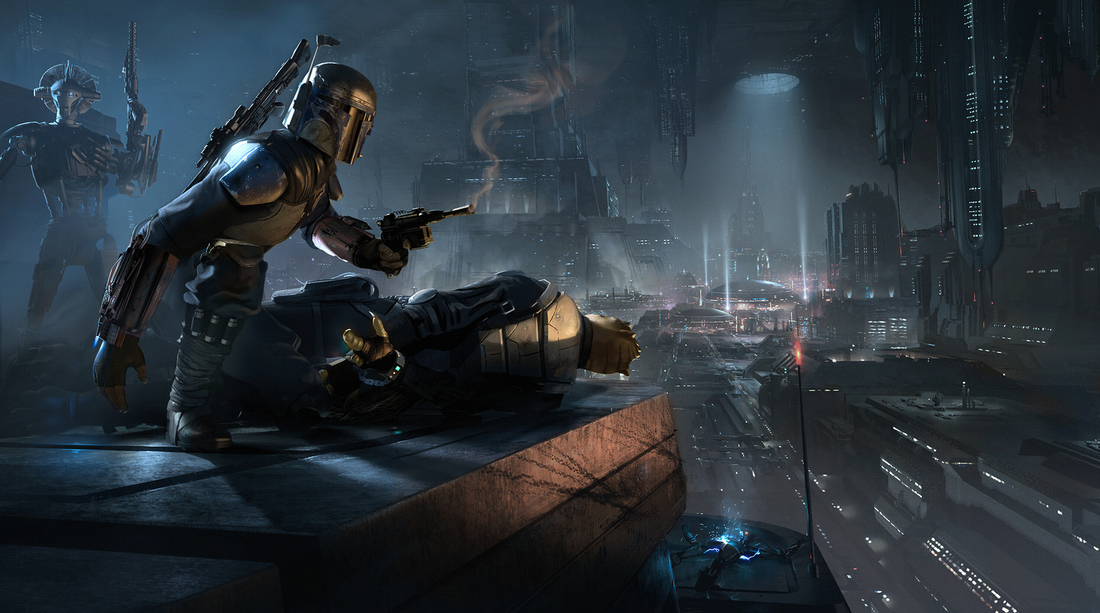 His Star Wars 1313 concepts show everything from dark, glittering visions of the city-planet Coruscant, to action scenes with flamethrowers and smoking pistols. Disney has said that the game could potentially be resurrected by an outside studio, but as it stands development is currently on hold — meaning this could be the last good look at the most exciting Star Wars game in quite some time. You can check out Mendonça's site for even more images.

This is the original trailer for 'The Empire Strikes Back'