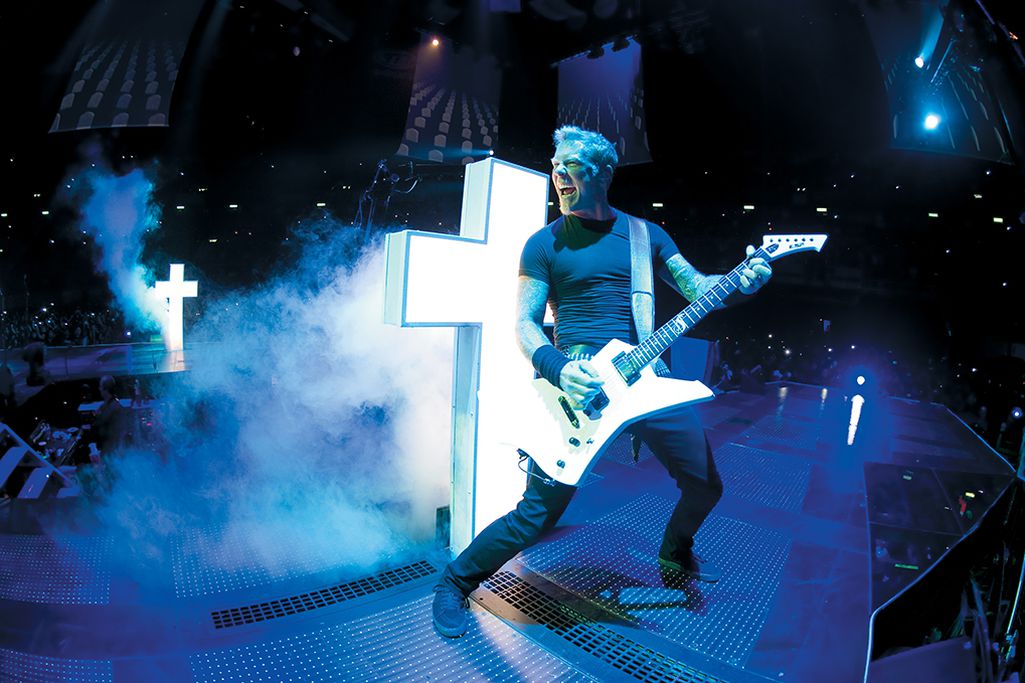 From Katy Perry to One Direction, concert films have been enjoying a recent resurgence, but Metallica’s decision to jump into the genre with Metallica Through the Never didn’t happen overnight. “We’ve been trying to do an IMAX film for a long time now,” guitarist Kirk Hammett tells me. “The idea had been around since the ‘90s, and it’d been revisited numerous times but for some reason or another never came to be.”

The idea resurfaced several years ago, with the band’s manager envisioning a custom-built stage that would incorporate imagery from records like …And Justice For All and Master of Puppets. “What we wanted to do,” Hammett says, “was make the stage so incredible, and super cool, and basically build the film around it and do it in IMAX and 3D.” But while the technology is a prominent selling point on the film’s poster, the most vital differentiating element was a wholly creative concern: the decision to interweave a narrative storyline alongside the live footage. 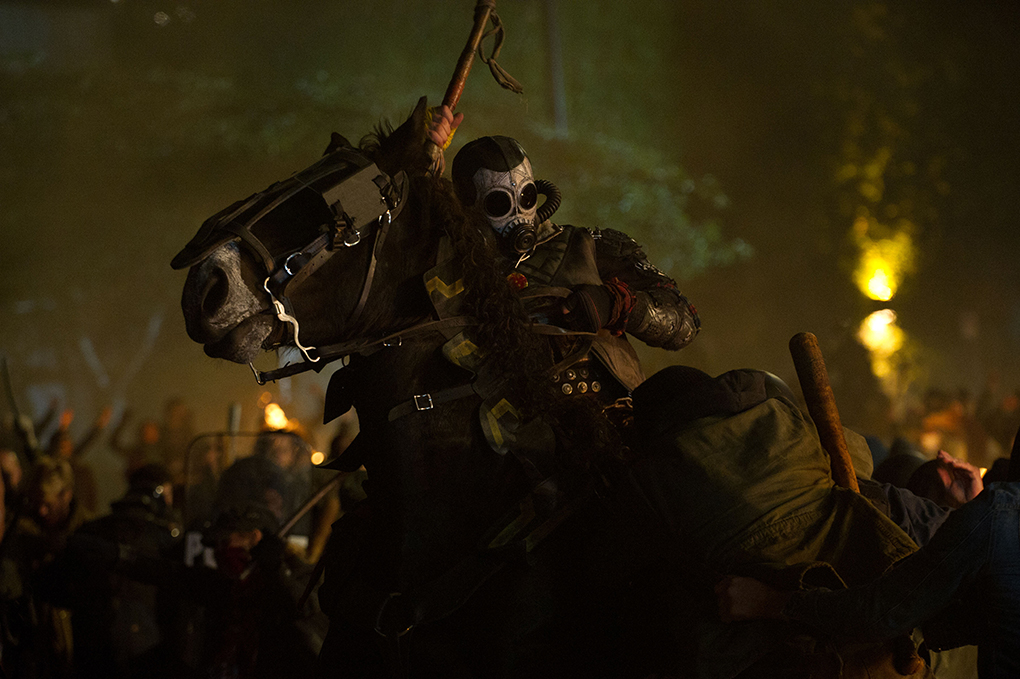 Producer Charlotte Huggins has made a particular impact on the industry thanks to her involvement with 3D projects, working on everything from documentaries to the Journey to the Center of the Earth series. When Metallica manager Cliff Burnstein contacted her in 2011 about working on a Metallica movie, however, she told him she wasn’t really interested in making a concert film. "It’s not that I don’t think concert movies are good," she says. "I do, and I watch concert movies all the time," but the mix of live and behind-the-scenes footage can become homogenous, no matter how big the band.

"And he said, ‘Oh no, no, we don’t want to do a concert movie at all,’" Huggins recalls. "‘We want to do a movie in which a concert takes place, and we really, really want it to be something different. We don’t really know what that is, but we want to hear what directors have to say.’” 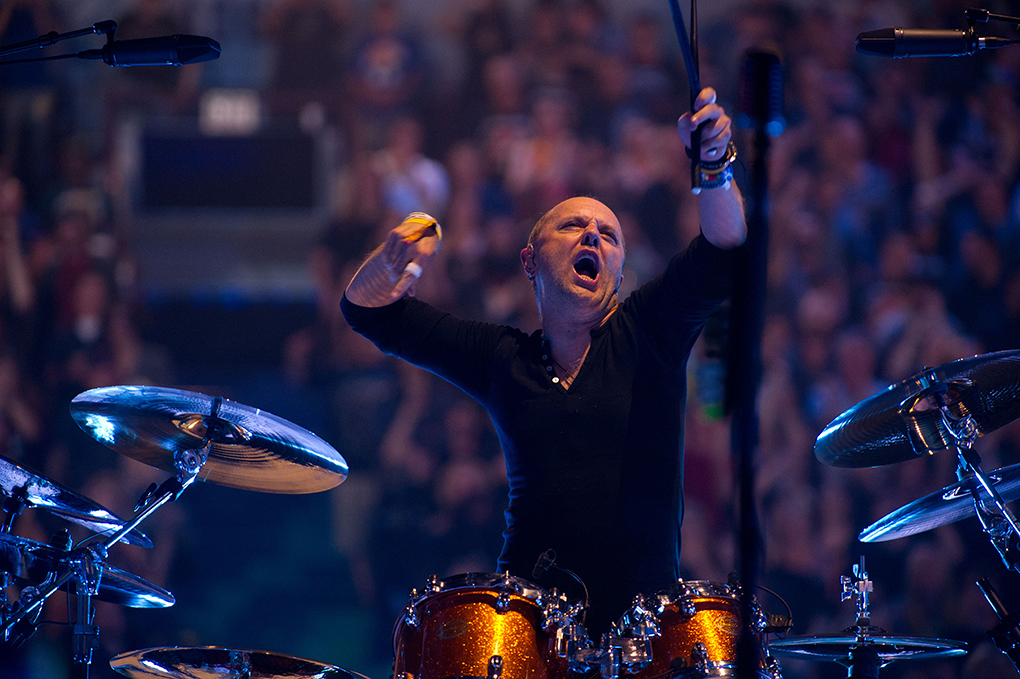 That directive kicked off a search in which numerous filmmakers pitched their takes on what kind of story would mesh with Metallica’s heavy metal mayhem. Several of the leading candidates for the job thought science fiction was the key, something the band itself didn’t warm to, but then Nimród Antal (Vacancy, Kontroll) stepped in.

"Nim came in the door and pitched this extremely grounded, very un-science fiction sort of story," Huggins says. Time magazine had just announced its 2011 Person of the Year, "The Protester," with an iconic magazine cover courtesy of Shepard Fairey. "He dropped it on the table and said, ‘This is what’s happening right now. The whole world is in protest. People all over the world are protesting, and that’s what I want to bring out.’” 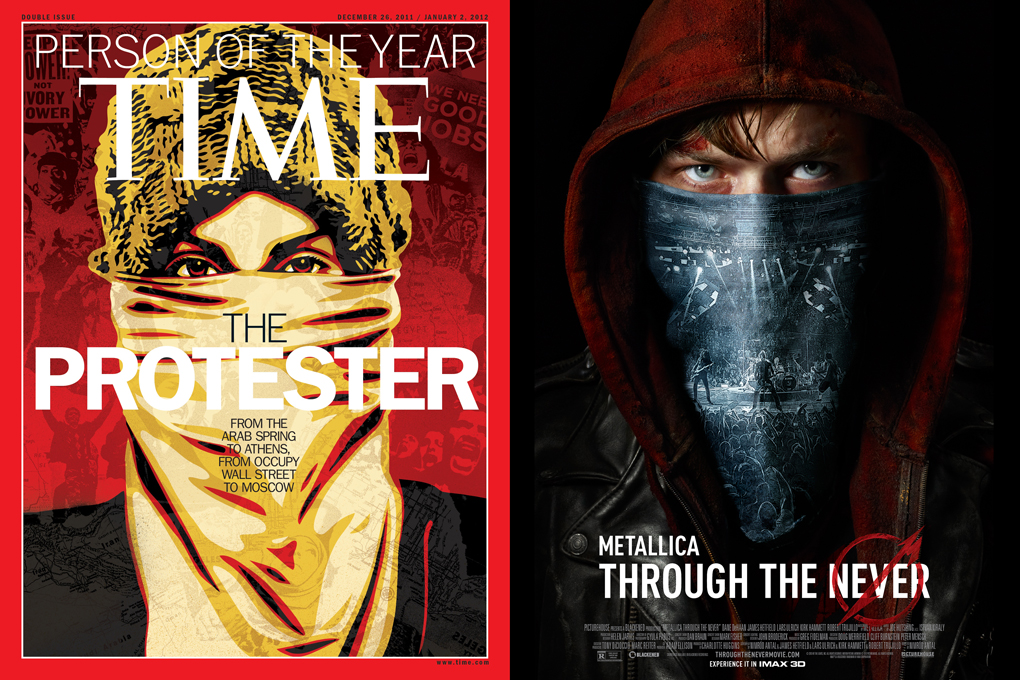 Antal explains that linking Metallica with the concept was a natural reaction to his own relationship with the band’s music. “I certainly know when I found Metallica in my life — and I think a lot of the fans did, you know, in their teenage years — there was a lot of angst and protest and broken homes,” he says. “And I think they’ve always kind of represented that spirit of strength, or protest, in moments of darkness.” Using the band’s own passionate fans as inspiration he centered the narrative around Trip (Dane DeHaan), a roadie who’s sent off on a mission during which he finds himself surrounded by rioting protesters, police, and eventually a masked horseman named The Death Dealer.

"I think they’ve always kind of represented that spirit of strength, or protest."

For the concert footage, Antal says his goal was relatively straightforward: capture the energy of a live Metallica show by any means necessary. He joined the band for several shows in Mexico City before the production shot at concerts in Vancouver and Edmonton. With his director of photography, Gyula Pados, Antal drew up schematics of the stage set-up and the shots they wanted to grab. “Just making sure that when a ball of fire goes off behind James, I’d make little mental notes or scribble them down on a piece of paper, just regarding potential cool angles,” he tells me. “It was really just a question of being in the right place at the right time, and making sure that we were there when they were doing their thing.” 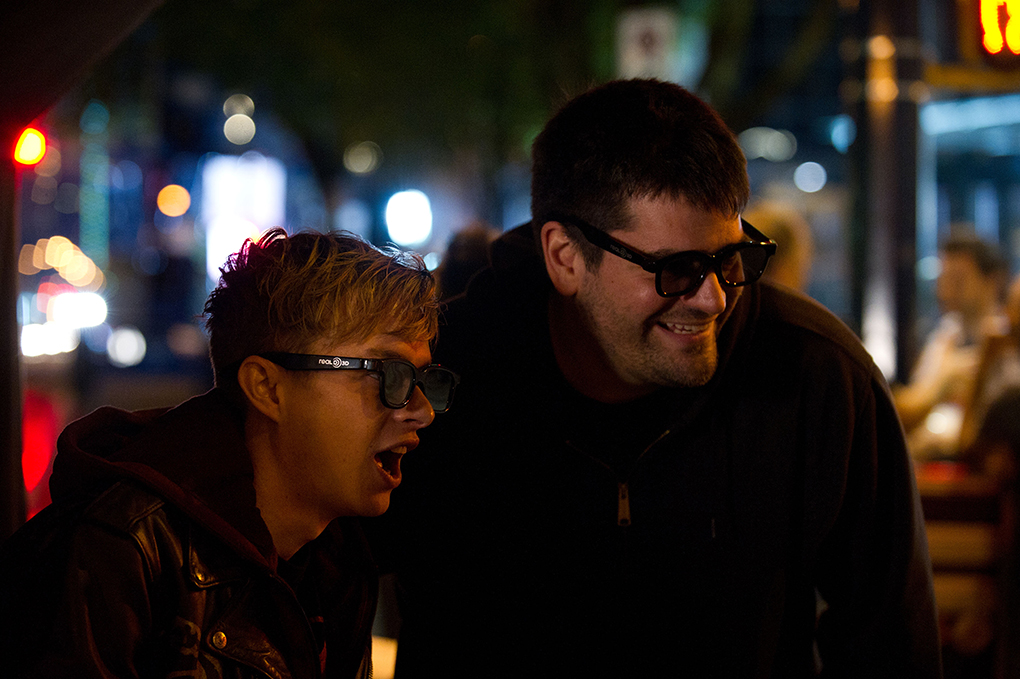 To ensure they had enough coverage, the project used up to 24 cameras simultaneously, but there was a conscious choice to focus on the audience as much as the band members themselves. “Day one, most of our cameras weren’t even looking at the stage, they were looking at the audience,” he says, then pauses and laughs. “Maybe not most, maybe half.” It gave Antal and editor Joe Hutshing (Almost Famous, JFK) up to 30 options to pick from in certain situations, which the director describes as a “creative blessing and a creative nightmare all wrapped into one big package.”

Throughout the process, the band struck a balance between heavy involvement and letting the filmmakers execute the jobs they were hired to perform. In the early stages, Huggins says, the band and its management team were heavily involved in every single decision. Then when the script and budget were locked they just stepped away. “I felt I enjoyed much more creative freedom than I’ve enjoyed in any of the studio films I’ve partaken in, certainly,” Antal concurs. When it came time to edit the project, Metallica got involved once again. “We’d be eight weeks into the cut and we’d show them something,” he says. “Then we’d go further; we’d show them something.” 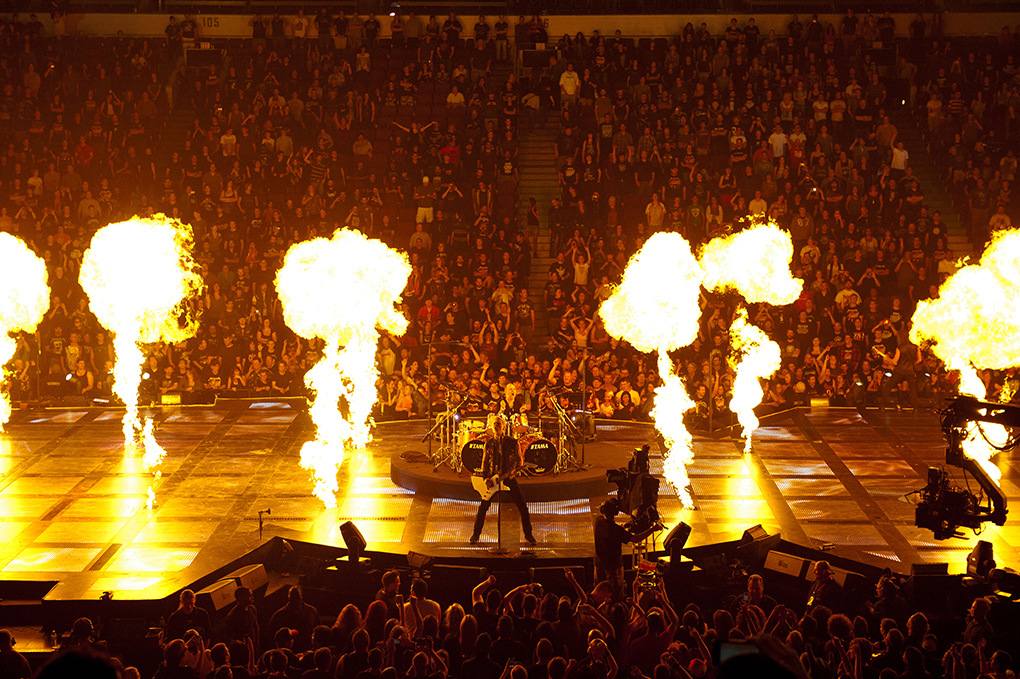 Metallica Through the Never delivers on that experience. It’s as close as you can get to attending a Metallica show without entering an arena — if you’ve ever wanted to practice your air drumming in a movie theater, this is the film to see — ultimately revolving around the crucial concept of a band connecting with its audience.

Metallica Through the Never is currently playing in IMAX 3D. In opens in theaters nationwide on October 4th.