A human brain was preserved for 4,000 years after being boiled in its own skull

Share All sharing options for: A human brain was preserved for 4,000 years after being boiled in its own skull

Ancient, well-preserved human remains aren't exactly a common thing to find, which makes the discovery of a 4,000-year-old brain in western Turkey pretty noteworthy. The brain was found in 2010 in an ancient burial ground that appeared to have been burned — charred skeletons and wooden objects were found, but somehow brain tissue inside the skulls of four skeletons had been preserved. Scientists at universities across Turkey have been analyzing the findings ever since and published their findings late last month.

As reported by New Scientist, the scientists found clues by analyzing the ground — it's believed that an earthquake leveled the settlement, burying its inhabitants before a fire spread through the rubble. The fire would then have essentially boiled the brains in their own moisture, which eventually would have dried things out and largely removed the presence of oxygen. This combination of the boiling off of the brain fluid and the lack of oxygen helped prevent the expected brain tissue breakdown. 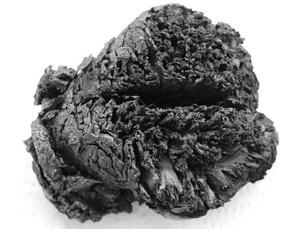 Another essential factor in the preservation was the soil's makeup — it was full of potassium, magnesium, and aluminum. These components combined with the fatty acids in the human tissue to create something called "corpse wax" (or the more scientific name adipocere), which helped to preserve the shape of the brain. Frank Rühli, at the University of Zurich, Switzerland, gave his opinion on the find to New Scientist: "The level of preservation in combination with the age is remarkable," he said. As for what we can learn from these findings, Rühli believes that these preserved brains could be studied for pathological conditions like tumors, hemorrhaging, or degenerative diseases. "If we want to learn more about the history of neurological disorders," Rühil says, "we need to have tissue like this."

Gut feelings: the future of psychiatry may be inside your stomach