When Mark Zuckerberg launched Facebook Home, a lock screen news feed for Android devices, he expressed interest in someday adding content from other apps and sites — but at Facebook's usual pace of development, nobody expected that to happen too soon. Today, less than six months later, Facebook is opening up Home to photos from Instagram, Tumblr, Pinterest, and Flickr. You can even like posts from any of these apps by double tapping them when they pop up on your screen.

In an interesting turn, you can also disable Facebook posts and only see photos from the aforementioned new services on your lock screen. In order to access the new functionality and add your Tumblr or Instagram account, you'll need to sign up for Facebook's Android beta program — a testing bed for features that will someday roll out to the masses. 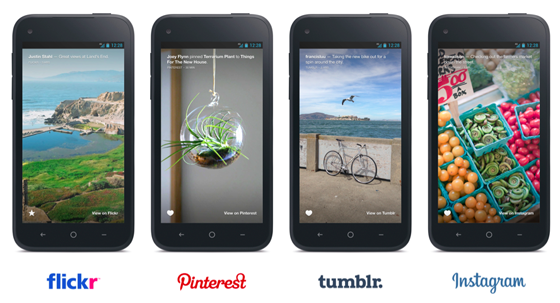 By opening its gates to external services, Facebook seems to be following through on its promise that Home isn't "about apps" but "about people." It's also acknowledging the complaints of Home users and critics who thought a lock screen filled only with Facebook content was a bit too limiting. As of today, Facebook is aiming for utility — it wants to take over the lock screen of every Android device. Once you bundle in other services like Tumblr and Instagram, Home will become a lot more useful to a far greater number of people, and that's the idea. And of course, even if you add your Tumblr or Pinterest account, the Home lock screen still prioritizes apps like Facebook Messenger. If Facebook can become the home screen on your phone the same way it has become the homepage on many computers, that's a win for the company.