Google's experimentation with massive banner ads in search results hasn't gone over particularly well with users, but that's not stopping Microsoft from trying something similar. The company has announced that beginning today, it's testing out "Hero ads" featuring select brand partners in the United States. These huge advertisements appear in Bing Smart Search; in other words, they're tied directly into Windows 8.1. Hero ads appear when you search for one of the specific brands in question, so they essentially take the place of regular web results. But you won't be seeing them come up when searching for unrelated topics.

The Home Depot, Land Rover, Radio Shack, and Volkswagen are among Microsoft's first batch of partners, with the test run involving only a small number of consumers running Windows 8.1. The company says it will actively solicit feedback in hopes of landing on an marketing experience "that works best for advertisers and Windows 8.1 users." Another example of a hero ad follows below. 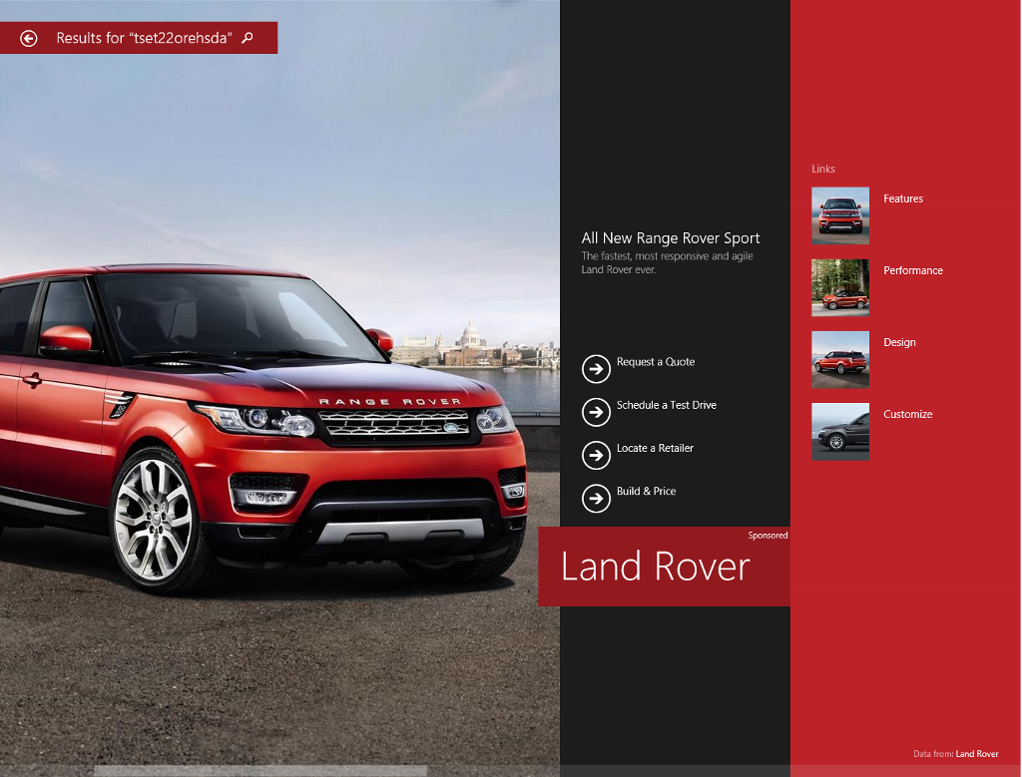