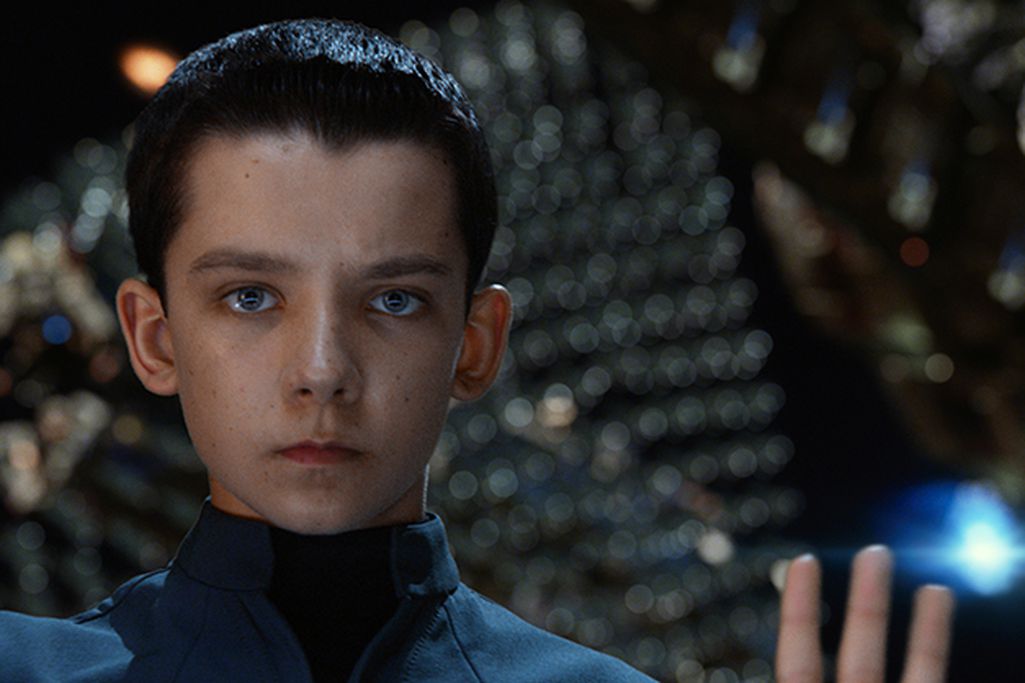 Ender’s Game has had a long and troubled path to the big screen. Despite the acclaim and popularity surrounding Orson Scott Card’s novel, the author refused to part with the film rights for years. When he did relent, multiple screenwriters — including Game of Thrones’ D.B. Weiss and David Benioff — took passes at an adaptation, but the movie never materialized. When things finally moved forward with writer-director Gavin Hood (Tsotsi, X-Men Origins: Wolverine), Ender’s found its pre-release buzz overwhelmed by boycott talks thanks to Card’s own strident anti-gay views, an issue that Harrison Ford himself eventually had to address.

With Ender’s Game arriving in theaters, the conversation can now shift to the merits of the movie itself, for better and worse. It’s a polished sci-fi epic with the kind of sheen and stunning visual effects that should appeal to mainstream audiences, and while it doesn’t reach the lofty thematic heights it aspires to — nor carry the moral complexity of the novel — it’s nevertheless an entertaining ride with some unique and timely issues on its mind. 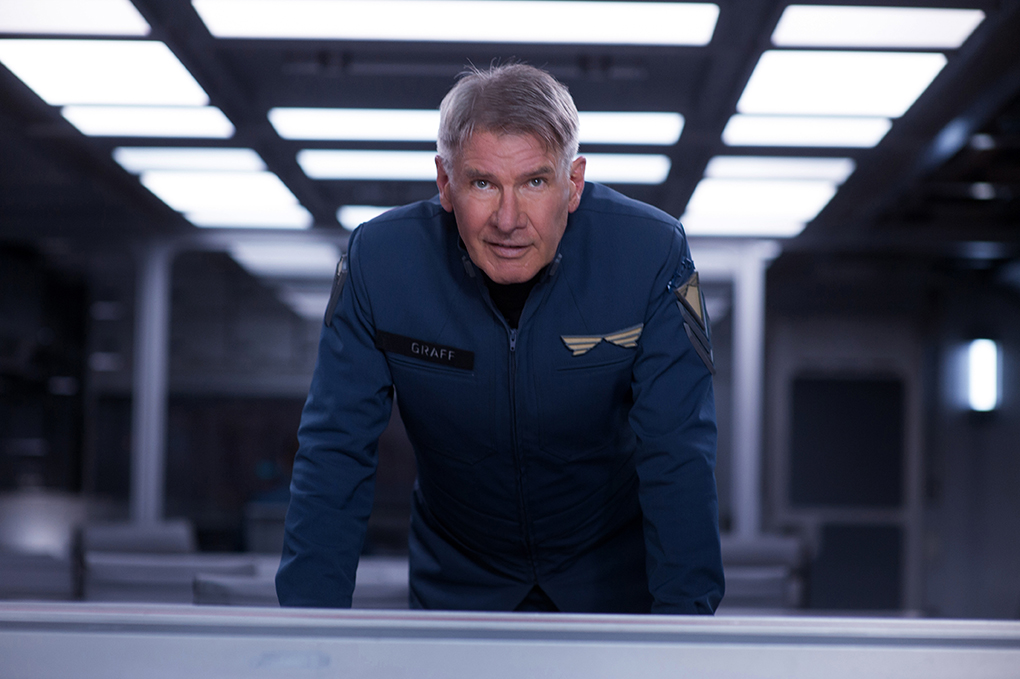 Ford feels more at home than he has in years

The film pares things down to tell the relatively straightforward story of 12-year-old Ender Wiggin (Asa Butterfield). It’s the distant future, years after an alien race called the Formics wreaked havoc on Earth, and the world is focused on preparing leaders for the next great battle. Children are pegged as the militaristic saviors; their minds are said to better suited for the torrent of decisions that need to be made when directing a space battle.

Ender is bad with people but great with video games and strategic thinking, and he quickly moves up the ranks of young trainees under the tutelage of Colonel Hyrum Graff (Harrison Ford, more in his element than he’s been in years). Through a series of war games and virtual battle simulations Ender is able to harness his talents until it appears he may be the great hope humanity has been looking for.

Seeing its outer space training stations and huge battles in action, Ender’s feels right at home as a big-budget extravaganza. Hood and cinematographer Donald McAlpine create a world that contrasts the epic with the intimate: A shot of Ender’s shuttle blasting off from Earth is pure operatic grandeur, while the cold lighting of the Battle School drives home the isolation of the would-be warriors. Production designers Sean Haworth and Ben Procter pull off the same trick, mixing earned realism with a future that seems just out of reach. Even the film’s gestural interfaces are believable; when Ben Kingsley’s Mazer Rackham scrubs video by moving his hands it’s clunky and slightly awkward. It may not say much for humanity’s technological progress, but it makes the world feel all the more real.

The splendor is undercut by Ender himself 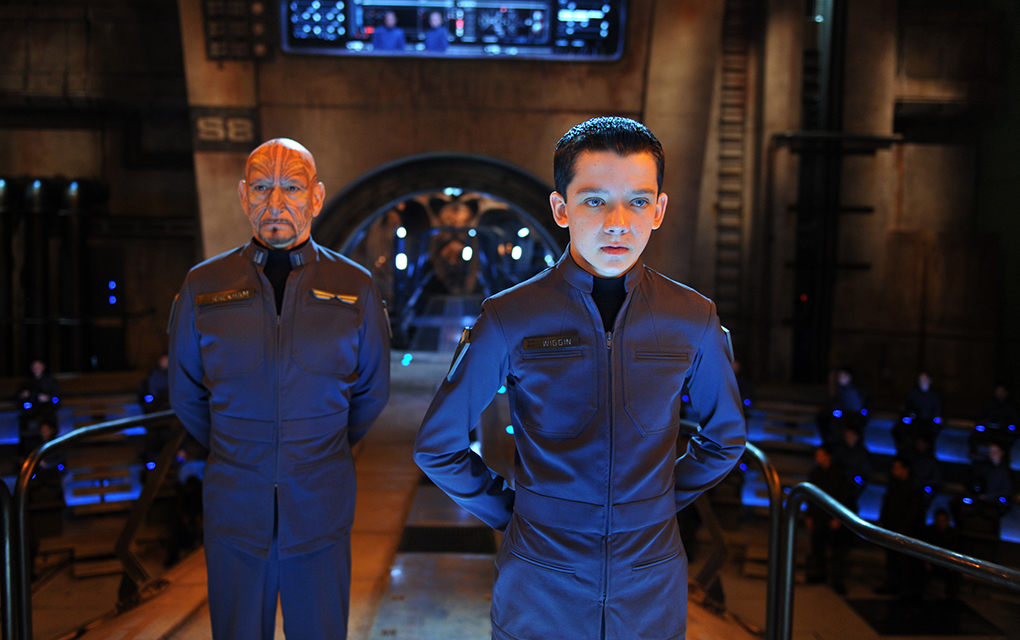 The technical excellence continues to shine in the film’s visual effects. The holographic Simulation Room takes the bridge of the Enterprise and goes one step further, while the book’s zero-gravity Battle Room is realized as a huge transparent glass sphere. Using a combination of wire work and CG trickery, the movie pulls off the illusion of weightless cadets flawlessly. If it weren’t coming out so soon after Gravity, we’d likely be talking about how groundbreaking the zero-g work in Ender’s Game is. Instead, the film earns the next-best compliment: it clears what is now an incredibly high bar.

Detracting from the splendor is, sadly, the human at the heart of it all. As Ender, Asa Butterfield starts out strong — he sets the character up as the picked-on outsider perfectly — but is less successful when it comes time for Ender to stretch and grow. I never felt the internal angst or steely resolve Ender’s voice-over insists he’s experiencing; far too often it feels as if Butterfield is simply trying on different emotions in passing to see how they fit. And despite momentary flashes of conflict with his instructors, everything comes far too easy for Ender. On one hand, that’s partly the point; he’s supposed to be a military genius, after all. But at the same time it makes him hard to relate to as a character, and without the book’s ability to dive deeply into Ender’s mind the audience is left on the outside looking in.

It’s one of the film’s biggest struggles, hamstringing its efforts to tackle larger moral and thematic issues. There’s much to be discussed in the world of Ender’s Game — the movie touches on everything from the morality of using impressionable children to wage battles to the consequences of violent video games — but they’re all fleeting. Without a believable, fleshed-out hero to identify with, the movie ends up name-dropping issues without spurring a larger conversation.

As a general rule, I’ll take a movie that tries to tackle complex issues and comes up short over a cynical exercise in spectacle any day, and there’s numerous things that Ender’s Game gets right. Hood has taken the core of what was once considered an unfilmable novel, and turned it into an accessible and ambitious film. Still, there’s a pedigree here. Fans of Card’s book may not notice the missing elements, using their own familiarity to fill in the gaps, but given all the hype, anticipation, and consternation, newcomers will likely be left wondering what all the fuss was about in the first place.

Ender's Game opens in US theaters on Friday, November 1st.