When you step back and look at just how powerful smartphones have become, there's one important tool that's been criminally neglected: the phone dialer. At least that's what Google thinks. "Smartphones have been getting smarter and smarter, and yet the dialer seems to be stuck in a feature phone world for some reason," said Google engineer Dave Burke, who moments later unveiled a new dialer that's debuting with Android 4.4. According to Burke, KitKat brings with it a modernization of the dialer — a utility that's obviously essential to voice calls, but one that's rarely gotten much attention throughout Android's evolution. That's all changing today. "We applied some Google smarts to the problem," he said.

Android's new dialer is putting convenience and efficiency first: you can now search for business numbers without leaving the phone app. All it takes is going into the dialer and typing a few letters and corresponding local businesses will start appearing. And Google is applying the same formula in reverse. Your Android phone will now be much smarter when receiving calls, too. 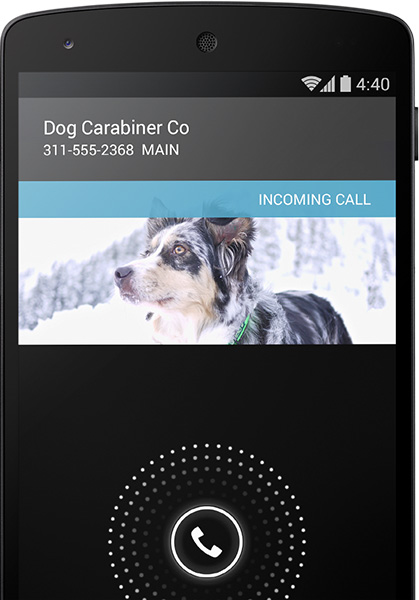 When unrecognized calls come in, Android 4.4 instantly pings the Google Maps database for potential matches. If it finds one, the name of whatever business is calling (and an accompanying photo) will be displayed on screen instead of a random number you've never seen before. "We've made the dialer more intelligent, more manageable." The phone's contact list is also more intuitive. It learns a user's habits (who you call most, etc.) in realtime and rearranges the way your contacts are displayed based on that understanding. 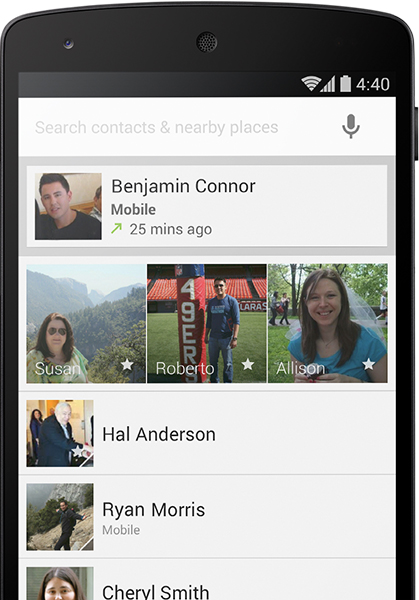