Dice+ review: the surprisingly analog future of board games

A roll of the digital dice

Share All sharing options for: Dice+ review: the surprisingly analog future of board games

Board games take up a lot of space. I don't have much room for those big, bulky boxes, and it doesn’t help that the tiny pieces are all so easy to lose. In the same way that my ereader helped curb the growth of my physical bookshelves, tablets have helped keep my office from being overrun with board games. Unfortunately, the shift to digital means you lose some of that tactile fun.

Dice+ is a new Bluetooth-enabled die that aims to bridge that gap. It offers a physical way to interact with digital board games — and it does so without all of the clutter. It even has a few features that could create brand-new experiences, like numbers that change color and an accelerometer that turns it into a motion controller. In theory it has the potential to offer the best of both worlds, and it’s a solid, if pricey, piece of hardware.

But the current crop of games supported by Dice+ doesn’t do much to showcase that potential. Instead, they offer up largely familiar experiences made slightly more interesting thanks to a flashy new toy. 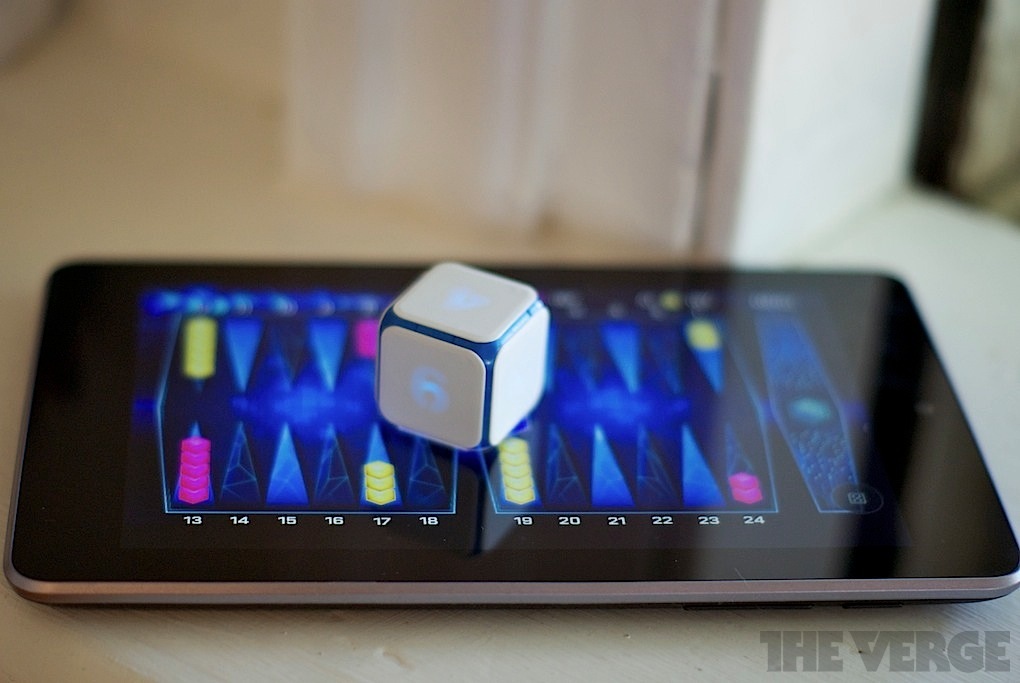 The device itself is a simple six-sided die that painlessly connects to your iPad or Android tablet via Bluetooth. Each side features a rubberized material that’s especially great for rolling on smooth surfaces, as you don't have to worry about the die sliding around too much. It's light and comfortable and features a hidden Micro USB port for charging the battery. The most striking thing about Dice+ initially is that it's completely blank: LED lights lurk beneath the surface, and illuminate the numbers once the die is switched on. When you're not using it the numbers will flash and cycle through several different colors, and there are several games that put this feature to good use. For example, in Dice+ Heroes — essentially a clone of Sorry! starring cute dancing robots — the die will always flash in the color of the current player, making it easy to tell whose turn it is.

the features of the Dice+ aren't really put to great use

It's a fun trick, but otherwise the features of the Dice+ aren't really put to great use, at least in the games available so far. The die comes bundled with a free app imaginatively called Board Games!, and it includes five free games to get you started (if you purchase more Dice+-enabled titles, they'll show up in the app too). There's a neon-infused version of backgammon, a pair of kid-focused games with about as much depth as Candy Land, and a title where the objective is to count really fast. Rumble Stumble is easily the best of the bunch: it's a sort of touchscreen take on Twister, forcing you to hold your fingers in an awkward position until your opponent takes their turn. It makes great use of the changing mechanic, as when you roll, you need to pay attention to both the number and the color to determine what you need to do. So rolling a red five, for instance, means you have to place a finger on five different red places on the board at the same time. It's a fun party game, though it doesn't offer much in the way of depth. 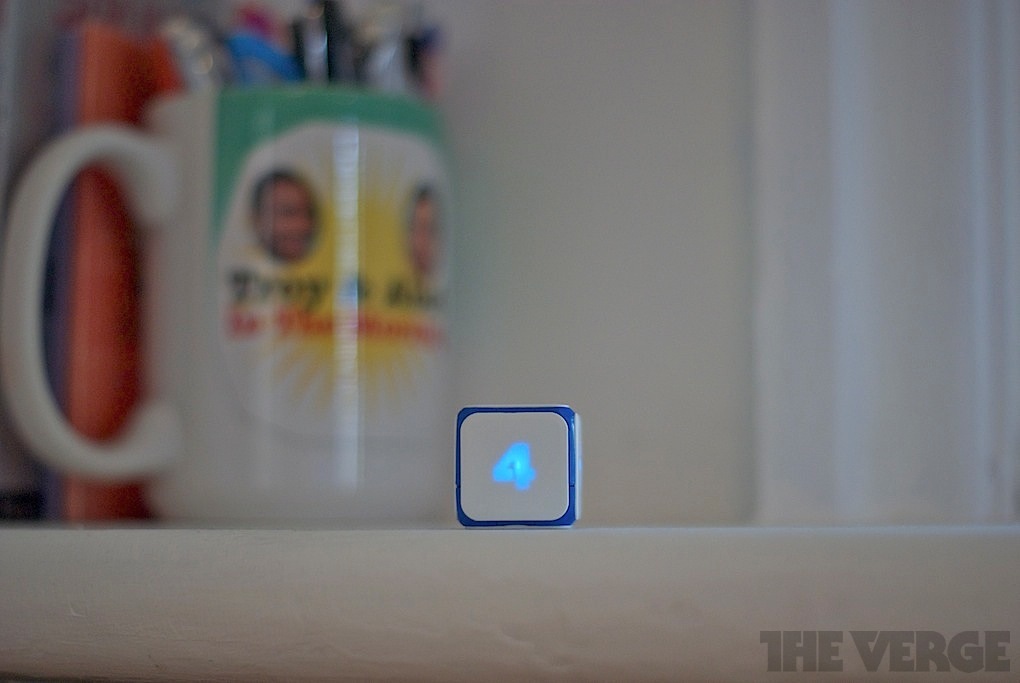 You can also purchase additional titles in either the iTunes App Store or Google Play, though right now there isn't a whole lot available. I played a few rounds of an overly complicated, and not particularly interesting, pirate-themed card game, as well as the aforementioned Dice+ Heroes. Bizarrely, there's also a demo for a flight game that lets you use the die to control an airplane. You tilt the Dice+ in order to steer the plane, and tap on the top of it to fire bullets. It does not work very well, but at least shows the kinds of things developers can pull off with a little imagination. Virtually every other game uses Dice+ to simulate something you can already do with a basic numeric die.

That makes the $39.99 price for a single unit hard to swallow, though there are a few titles coming soon that could make great use of the device’s unique features. Warhammer creator Games Workshop is adding Dice+ support to popular fantasy board game Talisman, for instance, while noted designer Renier Knizia is working on an interesting looking strategy game called Supremacy. There's also a proper role playing game in the works called Dice+ Adventures, though it's not slated for release until next year.

These are the kind of games that would be ideal for Dice+: complex titles with lots of rules and pieces that can be simplified on a touchscreen, while the die adds that touch of physicality that's especially great for multiplayer gaming. Imagine an RPG where you don’t have to worry about doing any math, and can instead simply enjoy battling orcs while the die does all the tedious work.

A terrific idea in need of games

Dice+ is available now for $39.99. And while it's a terrific idea, without some amazing games it's hard to justify that high price tag. Right now we have a small number of generic games that occasionally use the die in interesting ways, but don't do much to really sell the concept. There's a chance that a Dice+ coupled with your iPad could be the ideal way to play board games, but right now that's unfortunately not the case.

If it can't replace the amazing traditional board games already clogging up my office, it won't do much to help me clear away the clutter.

Valve is working on Joy-Con support for Steam

How to follow EVO 2022, the most exciting fighting game tournament