Lots of apps have offered the promise of reading text faster, but a Chrome extension called Beeline Reader is using an unexpected tool to get there: colored text. Built on top of the Readability code, the extension works by reformatting the text on a page into a single stripped-down column, then color-coding alternating lines of text to ensure readers never get lost. According to a recent study, that's enough to get the average person through a block of text ten percent faster. 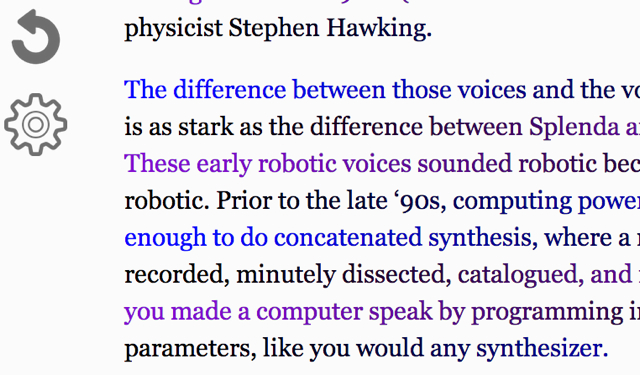 While the trick itself is simple, there's a surprising amount of psychological background to it. The developer tells Fast Company that he was inspired by the Stroop Test in psychology, which shows that readers inevitably perceive the color of the text they're reading, whether they mean to or not. That means the color can be used to transmit extra information, like your position in a paragraph, with almost no extra effort on the reader's part.