LG is to begin mass production of what it calls "the world's first flexible OLED panel for smartphones." The Korean manufacturer announced the move amid rumors that it's set to release a curved smartphone next month. The flexible panel is similar to a regular OLED display, but is built on plastic substrates instead of glass, allowing LG to set it in a concave curve. Despite the rumor of a phone launch in November, LG Display's Chief Technology Officer Yeo Sang-Deog notes that LG's goal is to release "new products with enhanced performance and differentiated designs next year."

The above image shows the rough curvature of LG's first "flexible OLED" display.

Although LG neglected to detail a resolution for the display, it does note that the panel will measure 6 inches diagonally, and will be the world's slimmest and lightest in a smartphone to date. As for how curved its curved display will be, LG says the OLED panel will have a 700mm radius of curvature. That's quite a curve — more than twice as pronounced as the curve of the Galaxy Nexus. Our rough mockup (above) based on display size and curvature looks similar to images leaked by CNET and The Wall Street Journal last week. 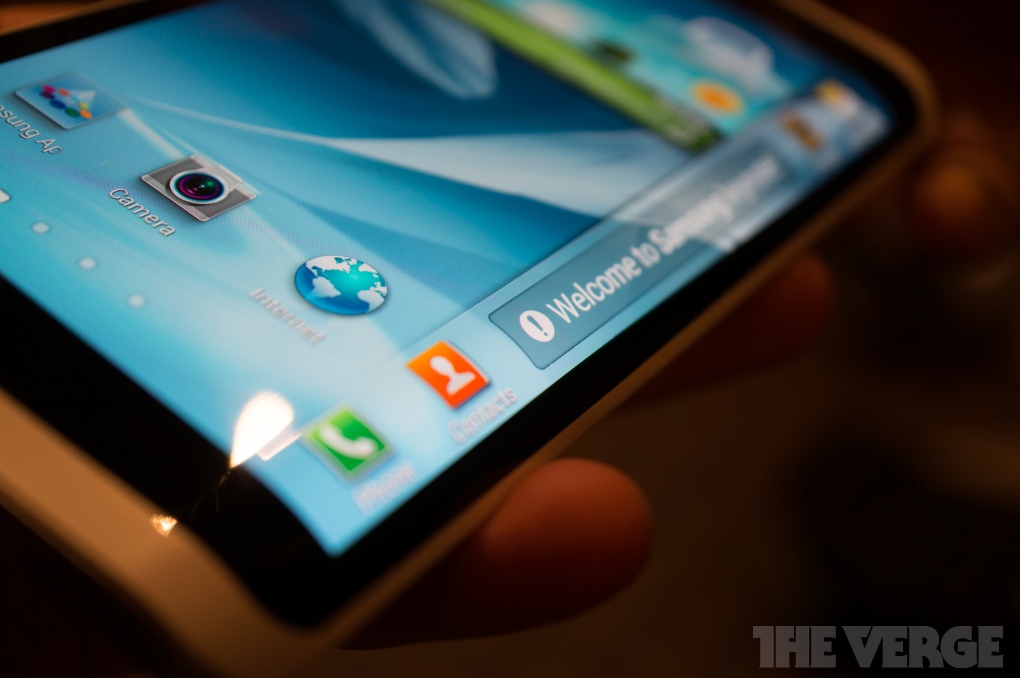 A flexible OLED concept shown by Samsung this January.

The display announced today is just the first step towards more interesting smartphone designs. Samsung already confirmed it will "introduce a curved display smartphone in October," and the pair has found yet another battleground to fight on. We saw a bizarre prototype from Samsung earlier this year which was extremely curved at each vertical side, and Samsung also patented a design that concaves horizontally, rather than vertically as LG is promising. What we're seeing today is a big step toward a break from the rectangular norm of smartphone design, paving the way for more outlandish shapes and sizes for future devices.