Nielsen has provided its first weekly top ten list based on Twitter TV Ratings, after rolling out the statistics on Monday. The ratings put ABC's Scandal in first place, with a unique audience of over 3.5 million Twitter accounts having seen mention of the show.

The top ten are ranked by "unique audience": the amount of separate Twitter accounts to have a show's name on their timeline. Other measures include "unique authors" (the number of people who composed a tweet mentioning a show), "impressions" (how many times overall a tweet was seen), and "tweets" (the actual number of tweets mentioning a show created in a three hour window either side of a show's broadcast).

Tweets about 'Scandal' were seen by 3,655,200 different Twitter accounts

Scandal outstrips other shows in all four metrics, but some shows are leapfrogged by others, despite statistically outperforming them in three out of four measures. The data also shows the internet's continued fascination with Miley Cyrus. Miley: The Movement is placed second in the top ten, despite the third place entry — Saturday Night Live, also hosted by Ms. Cyrus — scoring higher in impressions, unique authors, and tweets. 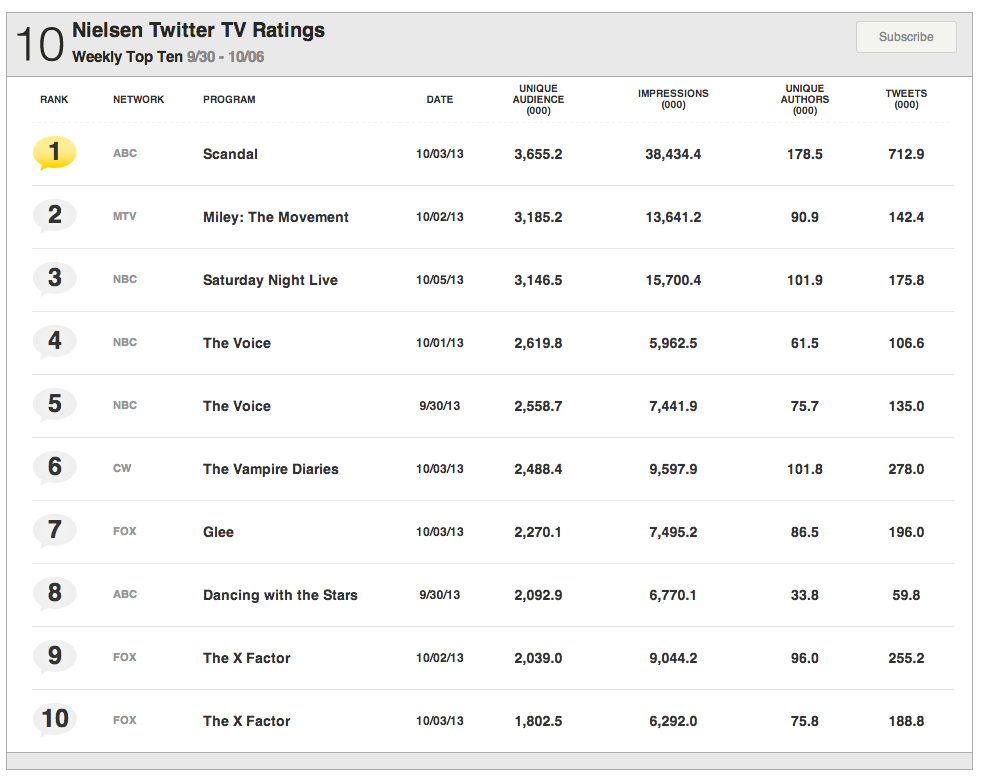