Share All sharing options for: This is the beautiful Leica camera designed in part by Apple's Jony Ive

It's a rare day that Apple chief of design Jony Ive works on a product that doesn't bear his employer's logo. But he's done just that for a charity auction, working together with famed industrial designer Marc Newson to design a very special edition Leica M rangefinder camera. The one-of-a-kind camera is expected to fetch between $500,000-$750,000 at auction at Sotheby's, with the proceeds going towards (RED), the charity founded by Bono to help fight HIV and AIDS. The partnership between the designers and the charity was announced last year.

Leica says that the camera, known as the Leica M for (RED), features a "laser machined aluminum body and an anodized aluminum outer shell" — design traits that are certainly indicative of Ive's hand. It's said that Ive and Newson took 85 days and went through over 500 models to come up with the final product. The result is a striking rangefinder camera that looks like it would be right at home on the set of 2001: A Space Odyssey. Not that the specifications matter, but in case you're wondering the digital camera features the same 24-megapixel, full-frame CMOS sensor as the $7,000 Leica M, and it comes with a 50mm f/2 lens.

Iconic German camera manufacturer Leica, of course, is no stranger to timeless design. Indeed, the style of a Leica rangefinder is almost as appealing as the company's legendary lenses. Apple has certainly been inspired by the cameras over the years; Steve Jobs notably compared the iPhone 4 to one of the rangefinders, saying on stage in 2010 that "It's like a beautiful old Leica camera." 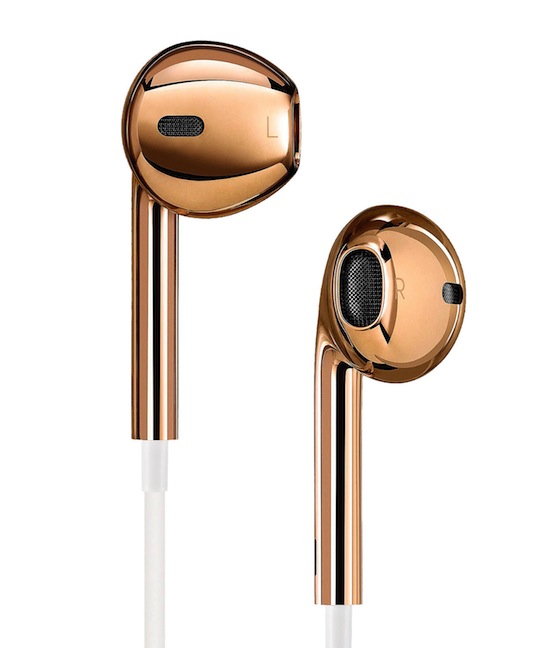 The pair of designers also worked on creating a one-off Neal Feay Studio aluminum desk for the auction, and the team customized and selected a range of other products. It doesn't appear that any pictures of the desk are available yet. A Steinway & Sons Parlor Grand Piano and a 2012 Range Rover customized by the pair are part of the auction as well, as are solid gold Apple EarPods. Some of the other objects selected by the two designers include a used Russian cosmonaut suit, and a customized Jaeger-LeCoultre Atmos "561" Clock. The auction is being held on November 23rd in New York.