The hacker behind Any.do recruited at Israel’s NSA — and Apple took notice

Share All sharing options for: Taskmasters: how Israeli intelligence officers helped inspire the look of iOS 7

In October 2009, at an Israeli sports training facility called the Wingate Institute, Eden Shochat walked the floor of GeekCon admiring the projects. Each year at Shochat's long-running, invite-only creative gathering, attendees are tasked with making things that are both amazing and useless. One team created a robotic suitcase that responds to heat signatures, following its owner wherever they go. Another team generated a password based on your silhouette when you jumped on a trampoline, which you then had to re-create every time you logged in to your computer. But most striking of all was Alice — an artificially intelligent inflatable sex doll who talked, and talked back, to her owner. She was the brainchild of a team led by 25-year-old hacker Omer Perchik.

Shochat, an investor and entrepreneur who would go on to sell his facial-recognition software company to Facebook, had found a kindred spirit in Perchik. "I really liked how he thought," Shochat says. "I appreciated the engineering. He was able to build a rock star team for a bullshit project." The two stayed in touch, and several months later Perchik told him about his next project.

This one wasn't quite as sexy. Perchik told Shochat he planned to build a next-generation set of productivity tools for mobile devices, starting with the humble to-do list. A beta version of his software had already attracted hundreds of thousands of users on Android, and he planned to take the lessons he had learned to write a brand-new version from scratch. Any.do, the app he eventually built, would go on to attract millions of downloads and, amazingly, help inspire the look and feel of iOS 7.

But to do it, he told Shochat, he would need some money. Because to create the perfect to-do list, and reinvent productivity for the mobile world, he would first need to recruit a military intelligence squad from the Israeli Defense Force. 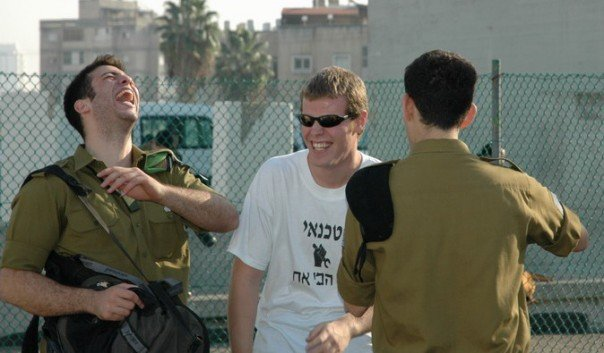 Omer Perchik, left, during his days in the Israeli Defense Forces.

Unit 8200 is Israel's answer to the National Security Agency. Comprising thousands of soldiers, it is responsible for signal intelligence and code decryption — monitoring torrents of information from the internet and broadcast media in an effort to detect and defuse threats to national security. It also gets creative: Unit 8200 reportedly worked with the United States to develop Stuxnet, the cyberweapon that helped thwart Iran's nuclear ambitions.

Inside Israel, the prowess of Unit 8200 is the stuff of legend. "These guys specialize at finding the needle in the haystack," says Shochat. "And they're taught that they can do anything — that's part of their training. At 18 years old, they say to their commanding officer that they need a supercomputer, and within 20 minutes they will have a supercomputer at their disposal. These guys are working with a data center exabytes in size, when they're 18, on mission-critical projects."

While attending university, Perchik was going out every weekend with his friend Aviv, who served in Unit 8200. (Perchik requested that Aviv’s last name not be used, because of the sensitivity of his work.) Typically they met up at Aviv's house to have a few drinks before heading to the clubs. But this time was different.

"Listen, we're not going out," Perchik told Aviv upon arriving at his house. "We're going over the list of everyone you've ever met, and I'm going to get a reference for each and every one of them." Aviv wrote down a list of the 20 smartest intelligence officers he knew. Perchik took the list and went about starting to hire them. 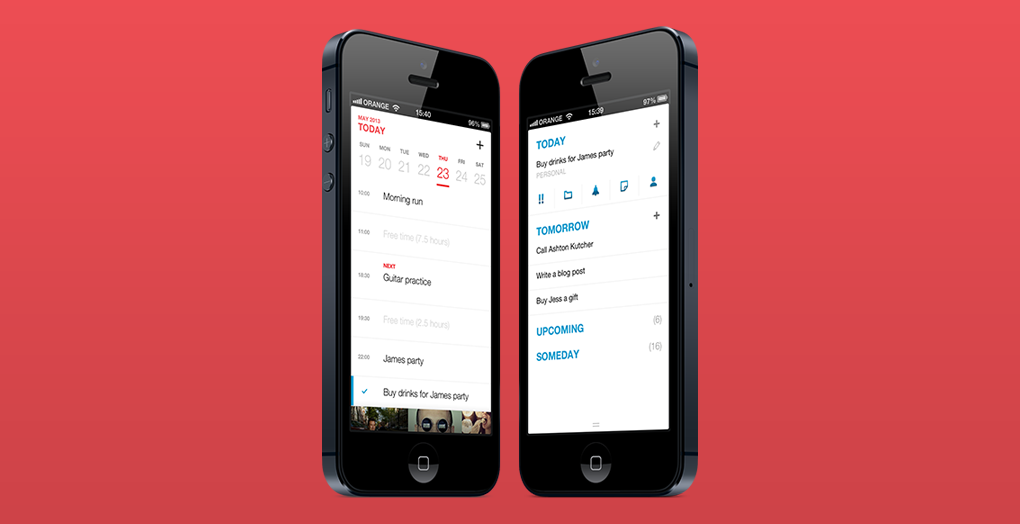 When his military service concluded, Perchik had gone to college to study business and law. He started a side project doing web design and search-engine optimization for small businesses, which he quickly grew bored of. One day, while attempting to help a friend get a visa, he became frustrated with the available options for organizing his to-do list. He wanted something fast, clean, and automated. So he decided to build it.

"The main thing I bring from my intelligence years is the notion that anything is possible."

In 2011, through Aviv's connections, Perchik began recruiting his current team of 13, with about half of them coming from Unit 8200. Perchik envisioned a suite of mobile apps that could mine your intent and suggest resources to help you. If you put a product on your to-do list, Any.do could help you buy it. Put an event on your Any.do calendar, and it could offer to order you a taxi. It's a way to make your life easier — and to make Any.do money, through affiliate fees. (Any.do's apps are free.)

To make his vision a reality, Perchik needed to find masters of linguistic analysis. Perchik, whose own mandatory stint in the military had found him working on human-resources software, prized the 8200 engineers for their uncommon ability to analyze text and divine its meaning algorithmically. "The main thing I bring from my intelligence years is the notion that anything is possible," says Yoni Lindenfeld, now an engineer at Any.do. "Obviously, I can't speak about a lot of what we did. But we met a lot of very talented people."

While the intelligence squad got to work, Perchik started recruiting a team to build the user interface. Perchik decided to start with Android, where he believed it would be easier to stand out. At a time when many to-do list apps mimicked the look of pen and paper, Any.do abandoned skeuomorphism for a minimal look that owed more to Windows Phone than iOS. "To-do lists have always looked like something from your office, not an everyday consumer product," says Jonathan Saragossi, who led the initial design effort. "The first thing we wanted was to make it feel like something from your daily life, and not like something from work."

The app's signature feature is called the "Any.do moment." Each day, at a prescribed time, your phone begins chiming and a push notification invites you to open the app: "Take a moment to plan your day." It's a reminder that the company says leads users to stick with the app. Most of the interactions inside the app take place on a single screen, and the design emphasizes the use of voice input and gesture over tapping. In June 2012, Any.do came out on iOS. The Android and iOS apps together have been downloaded more than 7 million times.

Among those impressed has been Apple, which redesigned iOS this year with a flatter, minimalist look

Among those impressed has been Apple, which redesigned iOS this year with a flatter, minimalist look championed by Any.do. Along with music app Rdio, word game Letterpress, and competing task app Clear, Any.do was among the apps that Apple looked to for inspiration as it redesigned iOS, according to people familiar with the matter. When Jony Ive took over as the company’s head of design, he was given a list of forward-looking apps that suggested how iOS could evolve, these people said — and Any.do was on that list. (Apple did not respond to a request for comment.)

When iOS 7 was unveiled in June, it sported lightweight fonts, a minimum of decoration, and a newfound devotion to simplicity. Gone were the stitched leather in Calendar and the pool-table felt in Game Center. In their place were white space, text labels, and simple geometric shapes. "In taking away design elements that don’t add value, suddenly there’s greater focus on what matters most: your content," Apple says on its iOS 7 page — a design sentiment that Any.do had adopted from the start.

In July, Perchik and his team released Cal, a sleek calendar in the Any.do tradition, for iOS. (An Android version is coming within weeks.) The team next plans to shift its attention to email, followed by a notes app. Any.do's motto is "good day every day," and the apps they build are all designed to support that mission. "There's no point in creating great technology unless someone's using it," Perchik says. "You need to create something that's used each and every day." 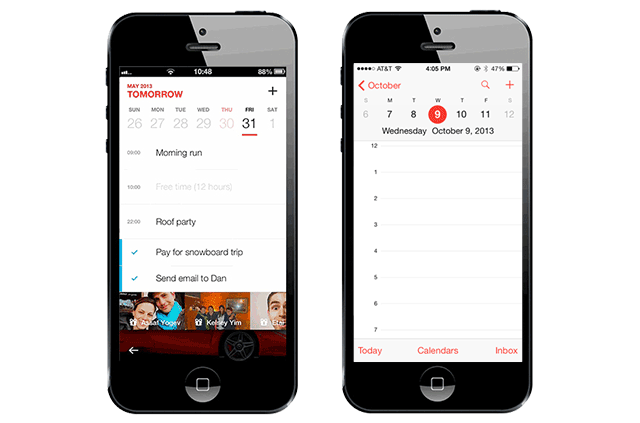 If it attracts users by the tens of millions, Any.do’s team says it can find several ways to make money. The company unveiled one of those ways this week, when it began letting Cal users request rides through Uber and send gifts from inside the app through Amazon and Gifts.com. The company earns affiliate fees from both.

Any.do's take on email, notes, and the calendar could help to grow its audience behind its core base of ‘Getting Things Done’ geeks

The question is how much appetite there is for a mobile productivity suite like the one Any.do is building. The company raised $1 million from Shochat and other angel investors in 2011, and added $3.5 million more in May. Perchik, who moved from Israel to San Francisco this year in part to raise venture capital, is still seeking new investments. Recently, Yahoo co-founder Jerry Yang and YouTube founder Steve Chen became strategic investors. So have Othman Laraki, former vice president of growth at Twitter, and Lee Linden, who works on commerce efforts at Facebook.

At the same time, no third-party to-do list is currently on even one percent of active iPhones, according to research from Onavo Insights. To-do lists tend to hemorrhage users for two reasons, says Alex Schiff, creator of the productivity app Fetchnotes. The first reason is the to-do list's unique ability to repel its users. Once your to-do list reaches a certain size, odds are you would prefer never to look at it again — and so you abandon the app. The second reason is that it's so easy to switch to-do lists. The lifehacking crowd tends to be very fickle, Schiff says, and is happy to try out the latest to-do app whenever one comes out.

Any.do's take on email, notes, and the calendar could help to grow its audience behind its core base of Getting Things Done geeks. In its short life, it has already helped inspire the look of an entire operating system. But given the challenges of building productivity software that people actually stick with, that may turn out to be the easy part. "That's part of the fun about Any.do — it's not solved yet," says Saragossi. "No one has solved yet. It's a huge problem. We've taken a tiny step in the way of solving it. And we're going to solve it."

Meanwhile, the former members of Unit 8200 continue to analyze the data, building connections between the desires of Any.do users and the world of commerce around them. "We've invested a lot of technology into trying to understand what people are doing and trying to help them," Lindenfeld says. "We have very big plans for the future." And for once, a team used to working in secret will have a chance to share its creations with the world.