Ai Weiwei, one of China's foremost contemporary artists, has taken his Forever Bicycles sculpture to Toronto. A reimagining of his 2011 sculpture of the same name, the new work has ballooned in size from the original's 1,000 bicycles to feature over 3,144, assembled into a colossal structure that dominates Toronto's Nathan Phillips Square. 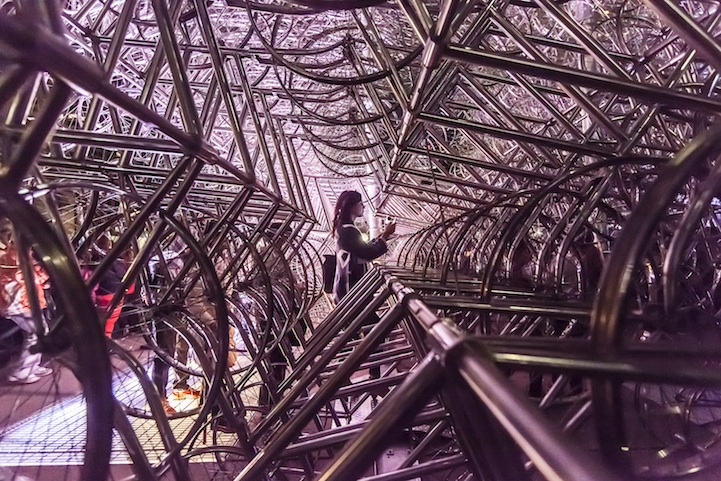 The sheer scale of Forever Bicycles is staggering. The static sculpture layers bicycle upon bicycle, evoking a blurred sense of motion from every angle. Up close, the intricate lattice of frames, spokes, and wheels is a geometric wonder. Installed for the city's Nuit Blanche festival last weekend, the work will remain in situ until October 17th.