Japanese carrier NTT Docomo has announced the Xperia Z1F, a new Sony smartphone based on this year's Xperia Z1. The Z1's standout feature was its 20-megapixel camera with a point-and-shoot-sized sensor, but where that model featured a 5-inch 1080p display, the Z1F's has been shrunk down to 4.3 inches at 720p. Docomo says that this is to achieve a more comfortable grip in the hand, and the resulting device is just a little bit bigger than an iPhone 5S. 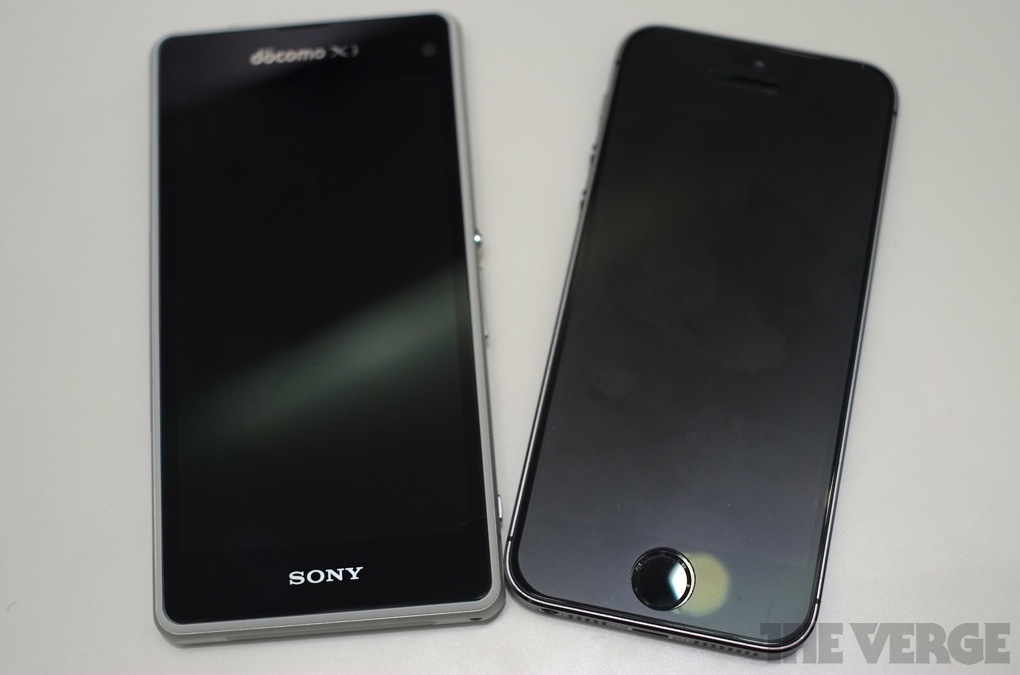 At 140g and 9.7mm thick, the Z1F isn't the slimmest or lightest phone around, but its design is remarkably comfortable nonetheless. I had no problem at all using it one-handed, and found it easy to reach all areas of the screen with a single thumb. Android phone manufacturers have demonstrated little desire to cease one-upping each other with bigger and bigger devices over the past few years, and it's refreshing to see Sony produce something more usable.

A high-end device despite its diminutive design

Despite its relatively diminutive proportions, the Z1F is a high-end device from a spec standpoint; "mini" versions of the Samsung Galaxy S4 and HTC One, in contrast, have compromised on internals. Aside from the aforementioned 20-megapixel camera, the Z1F has a 2.2GHz quad-core Snapdragon 800 processor, 2GB of RAM, a 2300mAh battery, and runs on Docomo's 150Mbps LTE network. It also maintains the Z1's high-quality, waterproofed glass and aluminum construction, and is available in black, white, lime, and pink. 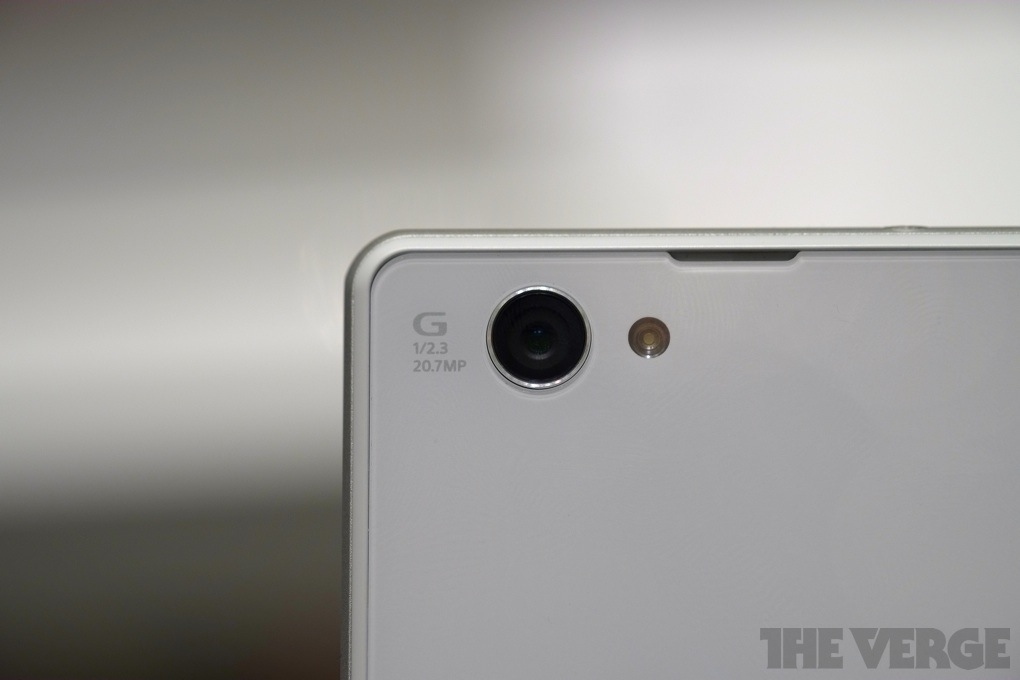 Unfortunately, the Z1F appears to repeats most of the Z1's mistakes as well, including a less than top-tier display. Although it's sharp enough given the small size, and its color reproduction is vibrant when you look at it head-on, the Z1F shares the same poor viewing angles seen on just about every recent Sony smartphone.

The Z1F repeats the Z1's mistakes

Photos taken with the much-touted camera also exhibited similar processing issues such as artifacting and excessive noise reduction; lighting conditions at the announcement event were less than ideal, but the Z1F clearly struggled with white balance and exposure in places. Shots looked washed out next to that of the iPhone 5S, despite Sony having the superior lens and sensor on paper.

Image quality is still beyond that of most Android smartphones, however, and it almost seems churlish to complain about the display's viewing angles when its size is exactly what many have wanted paired to a top-end device. There's little indication of an international release, however. Docomo calls the Z1F an exclusive model, and the carrier has form when it comes to securing high-end Sony smartphones with small screens — last year's excellent Xperia SX never made it out of Japan.