Return of the graphic adventure: 'Myst' is getting a successor 20 years later

Return of the graphic adventure: 'Myst' is getting a successor 20 years later

Two decades ago Myst was released on the PC, a game that was as strange as it was successful. A slow-paced, thoughtful adventure that was more about exploration than action, it's one of the best-selling games of all time. Myst was followed by Riven and a slate of less successful sequels over the years, but despite its success, the genre never really took hold of the industry the way some expected. "We believed that Myst and Riven would be followed by massive publisher-funded exploration games that we were looking forward to playing," says Rand Miller, co-founder and CEO of developer Cyan, Inc. "But it just kind of fizzled out."

Originally released in 1993, Myst stranded players on a mysterious island where they could explore strange buildings and find books that could transport them to other worlds. It was unlike anything else available at the time and, thanks to burgeoning CD-ROM technology, it was a visual masterpiece. This sense of beauty and mystery struck a chord with players so much that Myst remained the best-selling PC game for nearly a decade — it wasn't until The Sims was released that Myst lost that title. 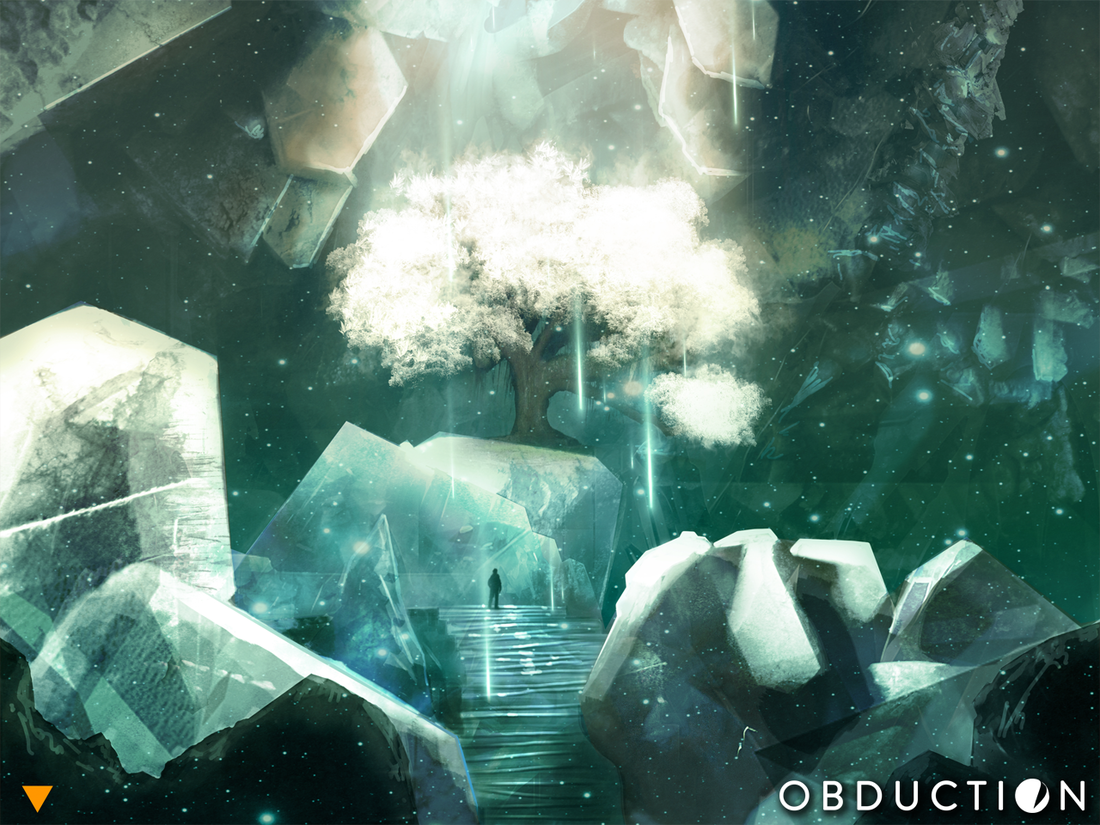 Now, on the game's 20th anniversary the studio is revisiting the concept. On October 17th Cyan launched a Kickstarter campaign to fund Obduction, a title described as a "spiritual successor" to Myst. It wasn't always that way, however, as Obduction started its life as a reboot of the Myst franchise. "When I sat down and started thinking about the years of history, and canon, and continuity, well frankly, I was overwhelmed," says Miller. "It was just too much for this project to try to balance all that legacy with something new and fresh." So the team set about crafting a new world instead. "It was amazing how invigorating it was to sit down with a big blank sheet of paper," he explains.

"It was amazing how invigorating it was to sit down with a big blank sheet of paper."

Like Myst, Obduction will drop players into an alien world, where they'll need to explore and pay close attention to their surroundings to solve puzzles and further the story. As the title implies, the game starts with a literal abduction, when a mysterious artifact appears on earth only to transport you to a strange new world. While the basic concept is similar to Myst, Obduction will feature a brand-new story and universe, with unique architecture and world design courtesy of concept artist Stephan Martiniere (who previously worked with Cyan on the ill-fated multiplayer title Myst Online). "He has a great feel for integrating the puzzles and the stories" into his designs, says Miller.

Unfortunately for those excited at the prospect of an all-new Cyan-developed experience, that core concept and a few pieces of concept art are all that are being shown to the public so far. The game also isn't slated to launch until mid-2015, though the idea has been kicking around in the studio for around a decade. This could give fans reason to worry.

While some crowdfunded projects, like Shadowrun Returns, have managed to produce a great game on time and on budget, other high-profile Kickstarters have seen significant delays and other issues. Double Fine's Broken Age for instance, is being split in half and sold in two pieces, because the studio needed additional funds — this despite setting Kickstarter records with more than $3.3 million raised. Cyan is banking on its reputation to assuage any concerns from would-be backers. "The only thing we have to offer is our experience," says Miller. "We know the pitfalls, and we've made most of the mistakes."

"We know the pitfalls, and we've made most of the mistakes."

There's also the issue of whether modern players will latch on to the concept. Obduction has yet to reach its $1.1 million funding goal, though the team says that it regularly hears from fans looking for an experience that harkens back to their early PC classics. The question is whether there's still an audience for this kind of game outside of nostalgia. The genre is certainly well represented on crowdfunding sites, and developers like Telltale have managed to modernize adventure games by making them more cinematic with franchises like The Walking Dead and The Wolf Among Us. Obduction will be a much more measured and slow experience, however.

"These exploration games swim against the strong current of the tachycardia culture," says Miller. "But life comes in cycles, and we think these signs we're seeing may be hinting that the current gaming culture may be experiencing a bit of an overload — and the pendulum is swinging back." Prior to Obduction, indie games like Kentucky Route Zero and Hiversaires have successfully brought a Myst-style sense of wonder into modern gaming.

Living up to the legacy of Myst is no easy task, and when you factor in the ever-changing tastes of players it becomes even more difficult. Myst was a great game, but it doesn't quite hold up all these years later, with dated visuals and unintuitive gameplay. But at a time when big-budget blockbusters are almost entirely about violence and action — and they rake in obscene amounts of money — now might be the right time for the return of gaming's most thoughtful best-seller.