Share All sharing options for: Snowden sends letter to Germany in support of new NSA hearings

A new letter from Edward Snowden surfaced last night, presented to the media by German lawmaker Hans-Christian Stroebel. The letter expresses support for Germany's upcoming inquiry into US surveillance, saying "I am confident that with the support of the international community, the government of the United States will abandon this harmful behavior." Addressed to German parliament and chancellor Angela Merkel, the letter offers little new information, but should give the hearings an added sense of credibility as they proceed. Snowden explains he cannot leave Russia for fear of US reprisal, but "I look forward to speaking with you in your country when the situation is resolved." 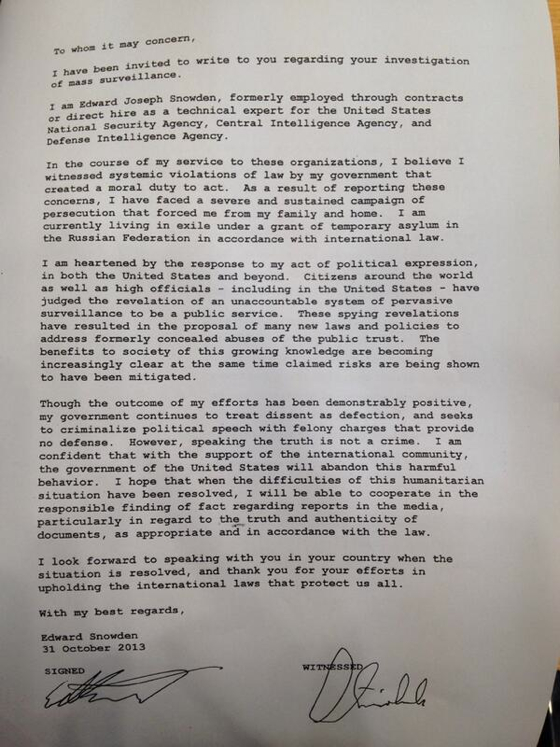