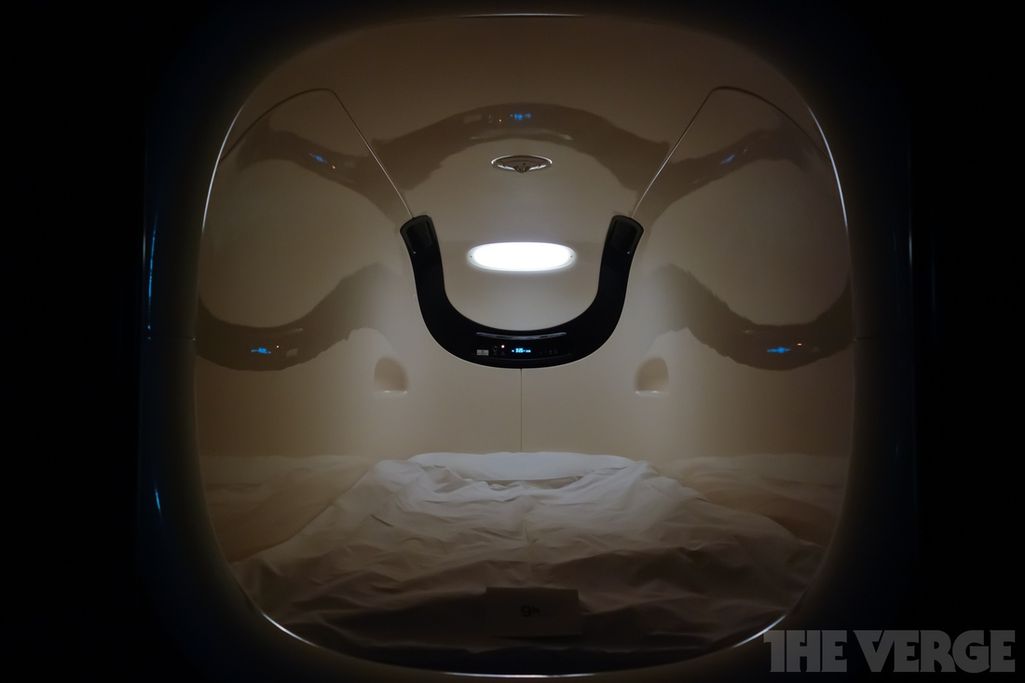 I'd been looking forward to this night's sleep more than most in recent memory. I'd heard that Nine Hours, a capsule hotel in Kyoto known for its stark sci-fi design and innovative sleeping technology, would be closing down at the end of October, and I knew I'd have to make the trip across Japan while I still had time.

Capsule hotels are up there with sushi and Hello Kitty in the pantheon of things that foreigners think about when they think about Japan, and yet I'd never actually stayed in one despite close to five years spent living here. They don't have the best image within the country — seedy, dirty, and often less than safe. They've been around since the '70s, and the majority of their user base in the following decades appears to have been mostly made up of drunk office workers looking for a place to crash after missing their last train. 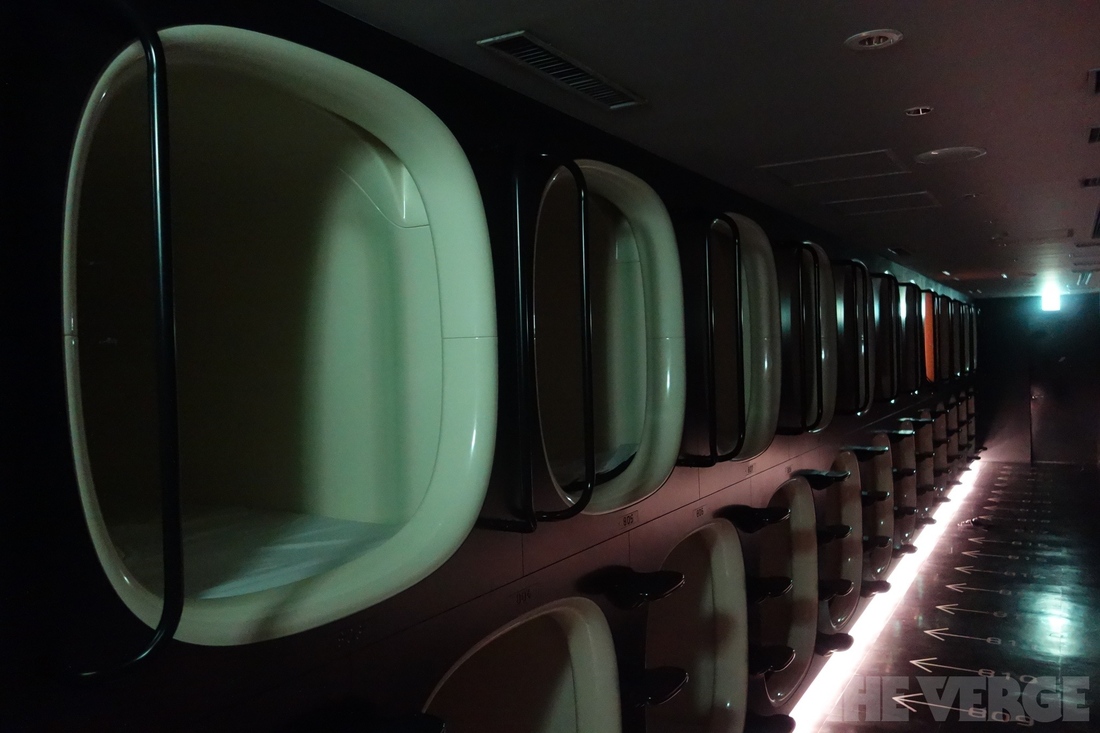 Nine Hours is as removed from that image as any hotel with coffin-sized rooms could be. Although it's situated near Kyoto's beautiful, traditional geisha district of Gion, the hotel is relentlessly clean and futuristic, with monochrome décor and minimalist iconography. It seems less suited to drunk salarymen than clinical robots in a Björk video.

The hotel's name refers to the idea that you'd only need to spend nine hours there — a radical concept in a world of lodging that offers a host of amenities to tempt you away from the place you're actually meant to be visiting. But the people behind Nine Hours believe you're better off spending as little time as possible under their roof: just one hour to get ready for bed, seven hours to sleep, and one hour to get up in the morning. Of course, the timing isn't strictly enforced — guests can actually stay up to 17 hours a night, which costs just ¥4,800 ($49).

None of this is to say that the time I spent at Nine Hours was uncomfortable. Quite the opposite — the interior was immaculate, and the hotel's sleeping pods are carefully designed to induce ultimate relaxation. Each is fitted with a Panasonic-built sleeping system that gently lulls you to sleep and wakes you up at a set time by modulating the light.

This is relaxing for each individual guest, but more importantly it's less abrasive to the others with whom you sleep in such proximity. The capsules are amazingly comfortable — even for someone like me who's 6 foot 4 — with more space than the average single bed, high-quality sheets, and a crescent-shaped pillow that curves around your shoulders. 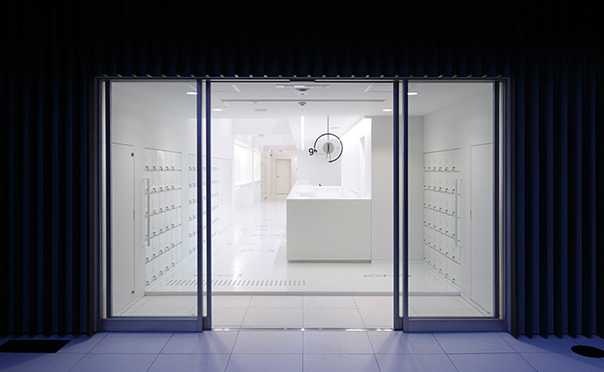 Nine Hours is almost entirely devoid of color. The signs and text inside are color-coded by gender — red for female, black for male. Since there are separate floors and even elevators for men and women, just about the only splash of color I saw was the Nine Hours-branded, curiously bright green shower gel in the bathing facilities, which otherwise looks like Dieter Rams' long-lost blueprint for a hot spring.

This dogged dedication to minimalism isn't always for the best. The automatic lights in the bathroom, which you'd think would remove that unnecessary process of pressing the switch yourself, are a little too eager to turn off if you linger too long without making sudden movements. The elevator is so quiet and smooth that I honestly thought it was broken. And the standard-issue Japanese-style sleeping clothes, while comfortable, perhaps hinted a little too strongly that I'd been abducted by a futuristic cult.

Nine Hours opened at the end of 2009, as noted by Designboom at the time; it was the brainchild of Fumie Shibata and her Design Studio S. Masaaki Hiromura was responsible for the beautifully simple graphic design, and Takaaki Nakamura worked on the interior. Despite the odd niggle, it's a hugely impressive show of its creators' talents that feels like the ultimate realization of the capsule hotel concept.

But Nine Hours closed at the end of October, with no indication given as to why. A message left on the website, which is now offline, simply said that the hotel would be ending service on the 31st, and Design Studio S didn't respond to an inquiry. It's a real shame — had it stayed open, I'd have recommended any visitors to Kyoto spend as little time as possible in one of the more interesting hotels I'd ever seen.

Update: All is not lost — the URL for the Nine Hours website, which was previously offline, now redirects to a new page that says the hotel has re-opened under new management. Guests are now able to stay up to 24 hours.