Twitter's early name and logo experiments reveal a Smssy past

Twitter's early name and logo experiments reveal a Smssy past

Twitter wasn't always Twitter. According to Nick Bilton's book about the birth and growth of the microblogging site, Hatching Twitter, it was once Twitch, once Smssy, and — worryingly — once Friendstalker. Bilton gained access to emails exchanged between Twitter's founders during the recently priced company's early days, and in a blog post, shows how their creation's logo could've looked. 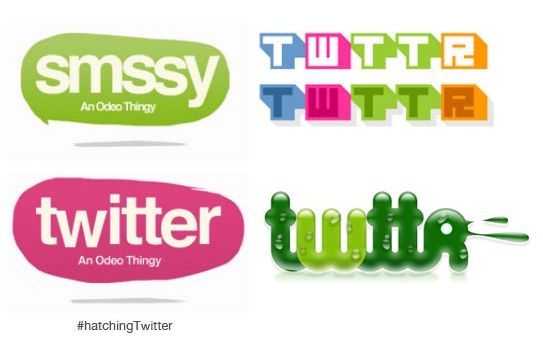 Most of Twitter's early logos were created by co-founder Biz Stone, including the green speech bubble at the top of the page. Stone also toyed with similar logos in red and green before the Twitter name was nailed down, attached "An Odeo Thingy" as a subtitle to one mock-up, and produced a design with a "retro Atari vibe" for a vowelless "Twttr." Bilton says Twitter's co-founder Noah Glass felt he'd hit on something close to a final design with the moist, green bubble letters seen above. Glass said that his logo "inspired youthfulness," and that "old is boring, and nothing is worse than boring."

The "blob" Glass had created was eventually shelved in favor of Linda Gavin's memorable blue logo: the same blue logo that adorned the site as it rose in global prominence and importance in just a few short years. Noah Glass, according to an interview with Gavin in 2012, "loved it." The rest, as chronicled in Bilton's well-written book about the tumultuous and fractured birth of the billion-dollar company, is history.