At CES this past January Dish introduced its latest set-top box, the Hopper with Sling, which let users watch live TV anywhere. One feature of the new system let users transfer DVR recordings onto their iPads to watch offline whenever they wanted, but the app was limited to Apple's tablet. By the end of the year, that will no longer be the case. Dish has announced that it is bringing its Hopper Transfers functionality into its Dish Anywhere apps for Android phones and tablets, as well as its iPhone and iPad apps. All of the apps look essentially the same, and let you keep tabs on which transfers are scheduled, which are currently transferring, and which are already on your device. Bringing the feature to Android is long overdue, however, as it's one of the key utilities offered by the Hopper with Sling. Dish hasn't committed to a date, but company representatives say that an update for the existing Dish Anywhere app will arrive by the end of the year. 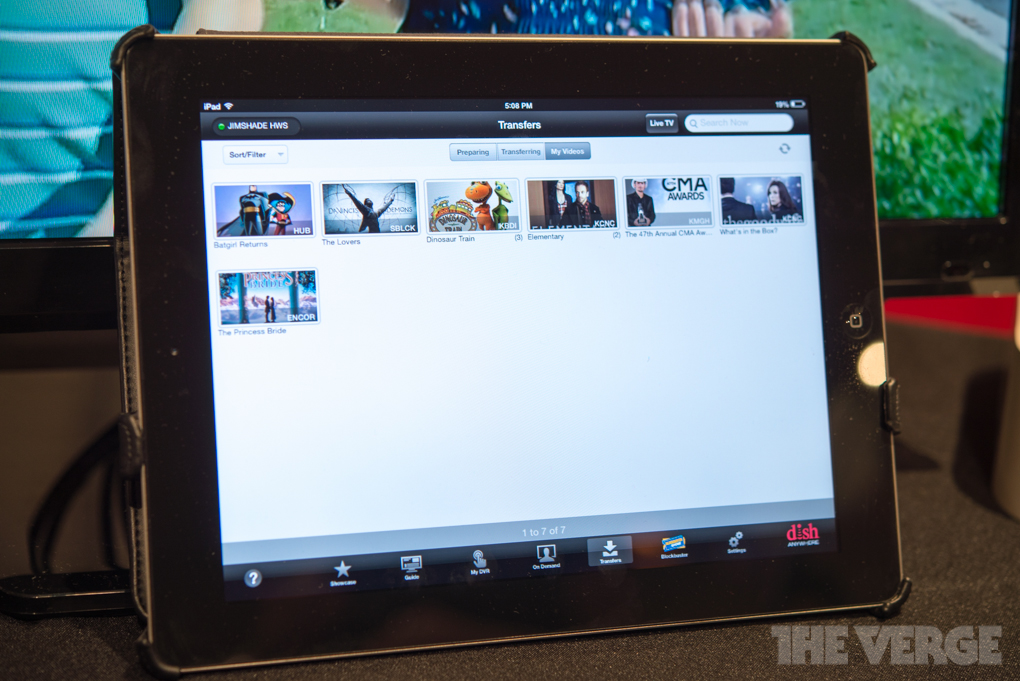