The camera next door: how neighbors watch neighbors in New Orleans

Ordinary people are installing security cameras in high-crime cities to help police, but is it working?

Share All sharing options for: The camera next door: how neighbors watch neighbors in New Orleans

About three years ago, there was an armed robbery in Tom Vogel’s driveway. Three women were walking down one of the quaint, narrow streets in New Orleans’ Lower French Quarter around 1AM when a car crept up and a man jumped out with a gun. The robber grabbed one of the women, ripped off her purse, slipped back into the car, and sped away. Vogel, his wife, and their two dogs noticed nothing. It was the perfect crime.

Except the whole thing was caught on camera.

Soon after the mugging, a detective was in the Vogels’ living room, watching the footage from the Vogels’ four security cameras. The cop recognized the thief’s car and arrested people the next day. “They solved that crime practically overnight,” Vogel says.

Crime in New Orleans is the sixth-highest among midsize cities. The Crescent City also has one of the worst income inequality rates and one of the worst school systems in the country. It was the nation’s murder capital until 2012, when it was surpassed by two even more economically wretched cities, Detroit and Flint, Michigan.

At the same time, the New Orleans police department is chronically underfunded, shorthanded, and plagued by corruption. With more crimes than they have time to solve, cops are increasingly relying on video to fill in the gaps.

Getting crime footage hasn't been easy, however. The city installed a public surveillance network in 2003, but pulled the plug in 2010 because there weren’t enough cops to monitor the cameras, many of which were perpetually broken. (Also, the official in charge was indicted for taking kickbacks from camera-makers.) 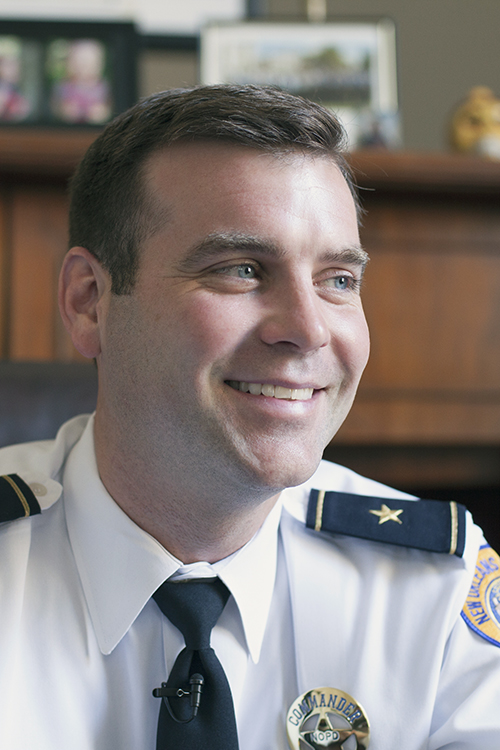 police have effectively blanketed New Orleans with cameras they don't have to install, maintain, or monitor

On Halloween night in 2011, there was a fatal mass shooting on the famous drunken promenade Bourbon Street. "Some youths got into an altercation, and one pulled out a gun and randomly shot people in the Quarter," recalls Bob Simms, an Englishman and former Lockheed Martin executive. "The police only had people who were eyewitnesses. They had no video evidence that was worth anything."

He and another French Quarter retiree, former LA Times editor Larry Lane, decided to do something about the crime in their neighborhood. "We want to be safe when we walk out our doors," Simms says. "One of the first things we looked at was: we need to put cameras all over the French Quarter."

Once the cameras were in place, building a database was easy. New Orleans detectives can’t pull up the footage in real time, but they can see exactly where all the cameras are on a secret Google map. The map also includes contact information for the owners and the best time to call.

Simms and Lane call the cameras initiative SafeCams8, because it has expanded beyond the French Quarter to the entire 8th District. The database now includes more than 1,200 cameras in the area around the Superdome, the up-and-coming Warehouse District, and bohemian nabe The Marigny.

The Vogels have given the police about six videos depicting burglaries, vandalism, and other crimes since registering their cameras. Many of their neighbors have done the same, picking up iPhone snatchers and murder suspects. "I wouldn’t be upset if there were cameras covering every part of the street," Vogel says.

Civilian cameras aren’t as high-quality or consistent as public surveillance systems, but they can be an efficient alternative. By relying instead on footage from people like Vogel, the New Orleans police have effectively blanketed the city with security cameras they don’t have to pay to install, maintain, or monitor.

The cops also started posting clips of crimes on the district’s YouTube channel, which has resulted in double the number of tips called into the Crime Stoppers hotline, the NOPD says. One video even went viral, racking up more than 2.6 million views.

New Orleans isn’t the only place where this is happening. Increasingly, residents of high-crime cities are installing surveillance cameras on their homes. And increasingly, footage from those cameras is ending up in the hands of the police through camera-registration programs. 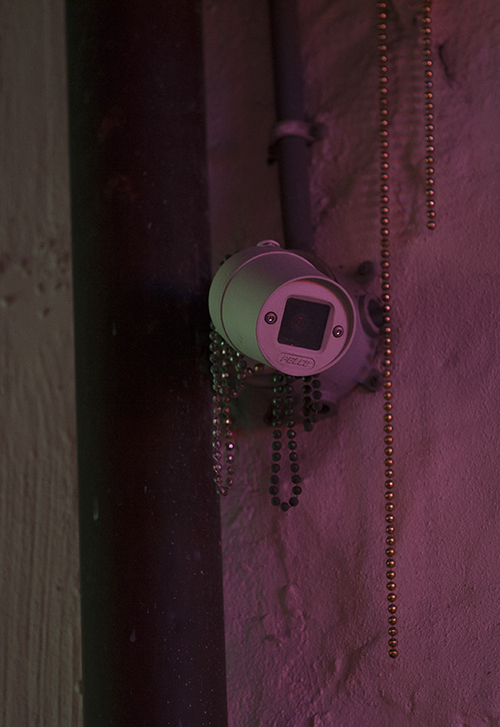 "People who have decided to steal something are going to steal it no matter if there’s a camera or not."

SafeCams8 was modeled on Safecam, a similar effort by the Philadelphia Police Department that has registered 2,400 cameras all over the city and counting. Philly police say they’ve made 191 arrests based on civilian video-footage since the program started two years ago, and other cities are looking to follow their lead. Police departments in Minneapolis, Baltimore, Los Angeles, and other cities have reached out to Philadelphia for advice on how to set up similar programs.

French Quarter residents say criminals avoid neighborhoods where there are cameras, reducing crime in those areas. But it’s hard to say how many criminals the cameras are actually catching, and what kind. Cameras make it easy to nab kids keying cars or stealing bikes, for example, but rarely capture drug deals. And of course, the cameras do nothing for the low-lying, poorer neighborhoods where poverty breeds criminals.

Poor kids in New Orleans commit crime in the French Quarter out of a lack of opportunities, says Malcolm Suber, a community organizer based in the Upper 9th Ward. Suber is skeptical that the cameras really catch that many criminals, pointing to the low resolution on most of the footage.

He doesn’t believe it will deter crime, either. "People who have decided to steal something are going to steal it no matter if there’s a camera or not," he says. "The cause of crime is the great social distance between the poor people and the rich people. If you really wanted to solve this problem, you’d give these kids some jobs, give them some recreation, give them a good education."

Whether it works or not, the SafeCams8 program is expanding rapidly, Lane and Simms say. The pair are also working on the next phase of the program, a high-end camera system for the 500 block of Bourbon Street sponsored by area businesses. "The more cameras, the better it is," Lane says.