Dropbox has made its business product a major focus over the last year, and now CEO Drew Houston has announced some new products and milestones for the company at an event in San Francisco. The company has been struggling with how to deal with the fact that many users include both personal and business data in their Dropbox, so they're announcing a redesigned service today. Essentially, Dropbox for Business users now have two separate containers for their data — the personal account is still only accessible by the individual, but the business account can be managed by a company's IT department.

Dropbox made switching between the two different "bins" as simple as possible — there's essentially two folders, one that you manage and one that's managed by your company. Notifications have been streamlined as well so that you can see just what's coming in from a single Dropbox. It's similar to Gmail's implementation of multiple user accounts — a quick drop-down lets you move between notifications from either your work or personal Dropbox. Houston specifically noted that the company wanted to make it as quick as possible to switch between bins without having to ask users to log in and out of different accounts. 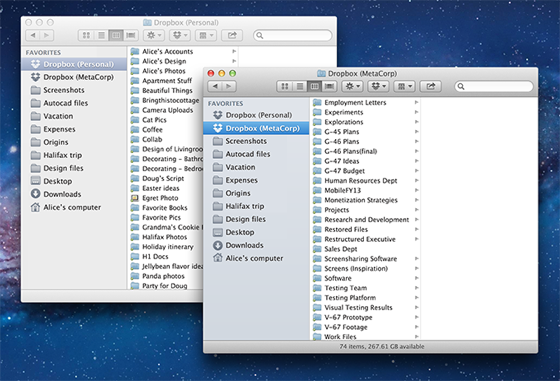 When sharing work files, administrators can restrict sharing so that those documents can only be shared into the work account. This lets businesses make sure their files can still be easily shared across Dropbox — but they won't get mixed in with employees' personal files and make their way out of the organization. Dropbox's mobile apps will also be updated to work with this new scheme — and if you back up your photos from your phone to Dropbox (or have camera uploads enabled automatically), they'll only go into your personal account. The mobile implementation is quite simple — when you open the app, you'll see both your work and personal folders at the top level, and you can dive into each from there. Other tools for administrators include remote wipe: if an employee leaves, the IT department can just activate a remote wipe and delete all files saved in the work Dropbox from any device, including mobile computers. 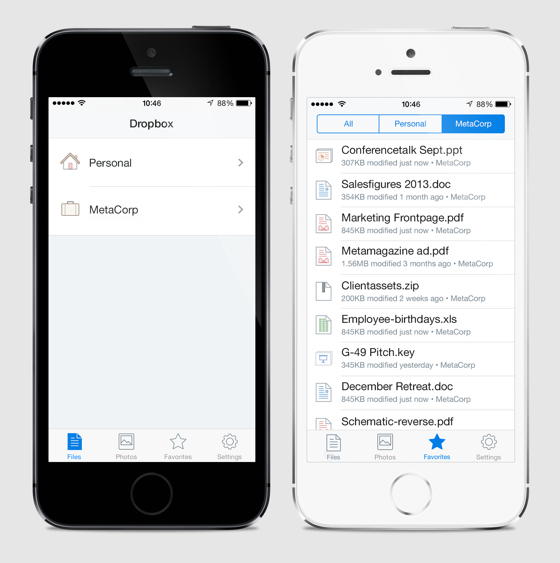 Unfortunately, there weren't any updates to collaboration on documents announced today — product head Ilya Fushman said that they wanted to focus on the biggest complaints Dropbox was getting from business users and focus on giving people separate data. "We understand exactly what we have to build next, so stay tuned," Fushman told us. "We have a lot of stuff cooking," Houston added. 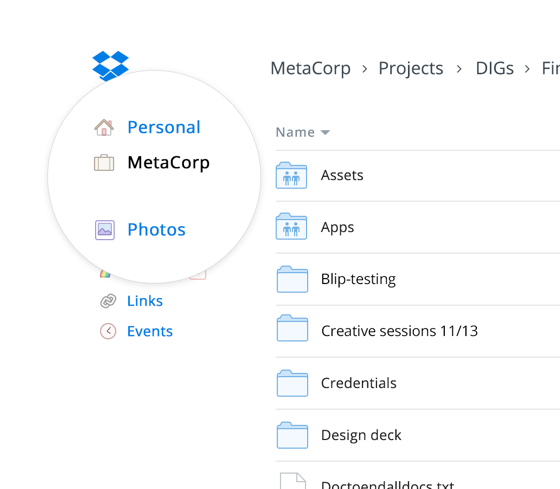 Houston also said that his file-sharing service now has over 200 million users, double what it had last November. Additionally, more than four million businesses are now using Dropbox, again doubling where the company was at in 2012. Among those businesses are 97 percent of the Fortune 500 companies. The new Dropbox for Business is available now in beta, and a full launch is planned for early next year.