If you build it, they won’t necessarily come.

In 2009, the Obama administration invested $1.2 billion into US-based factories creating batteries for electric vehicles. The result was a disaster. One by one, every company that received federal funding went belly-up or admitted the money hadn't had a real impact. For instance, LG-owned Compact Power quietly revealed that it hadn’t produced a single battery in over two years of operation, while A123 Systems’ higher-profile bankruptcy was viewed as the second coming of failed solar panel-maker Solyndra. Even with hundreds of millions of dollars of federal funding, key electric vehicle contracts went to Japanese and Korean factories instead of their American equivalents.

So why is Tesla founder Elon Musk thinking about building a giant battery factory in the United States? It’s all about anticipating demand.

Former A123 Systems CEO David Vieau tells The Verge that the fundamental economic reasons for building batteries in the United States haven’t changed since his company first settled down in Michigan four years ago. "The efficiency of having a shorter supply chain … you have less material in the pipeline, you have potentially lower freight cost, you could have potentially lower duties associated with that." Batteries are heavy, so it helps to make them closer to where they’ll be used — and in the United States, tariffs on foreign batteries can make domestic ones more valuable. 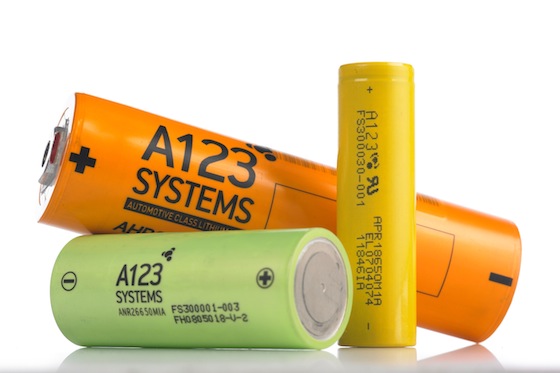 "The lesson learned at A123 is that the demand shifted out."

If all that’s true, though, why did A123 fail? The Obama administration’s stimulus efforts created a glut of battery production capacity at a time when there wasn’t enough demand for electric vehicles. Companies like A123 had to rely on faulty EV sales predictions from manufacturers like Fisker to create battery sales predictions that were equally faulty. When Fisker crashed and burned, it took A123 to the grave as well.

But Tesla doesn’t need to rely on anyone’s predictions but its own. "They have a bit more control over their destiny in that they are the car company as well as the battery company," says Vieau.

And Tesla believes its own demand for batteries will be huge. Two weeks ago, company CEO Elon Musk told investors that if the company winds up selling 500,000 vehicles a year, it might need more lithium-ion batteries than the entire world currently produces. 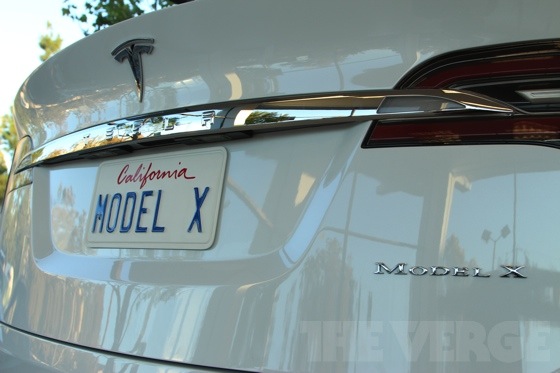 If the demand for such a mass-market electric vehicle truly exists, there are a couple of ways Tesla can find the batteries it needs. It could convince existing battery suppliers to build more lithium-ion cells — as the company just did with Panasonic, inking a deal for 2 billion batteries over the next four years.

Former US secretary of energy Steven Chu thinks that such outside suppliers are probably the way forward. "If I were Elon Musk, I'd say if you can get two or three companies and work with them on what goes inside the battery, that might be better than becoming vertically integrated for the next year or three," he tells The Verge. Though the Stanford physicist says he believes that US companies can and should compete with their foreign counterparts in manufacturing, he thinks the company might have enough on its plate right now.

But outside deals only make sense if manufacturers have enough faith in Tesla’s predictions to invest in new battery factories on their own. "If Tesla's in a position where they're not going to get these other guys to bear the burden… why wouldn't they own it themselves?" asks Vieau.

"Why wouldn't they own it themselves?"

In fact, there’s a direct precedent for vertical integration of the kind Tesla’s proposing now. In 2010, Nissan obtained a loan for $1.4 billion to build the Nissan Leaf electric car in Tennessee, including the batteries for the automobile. As the US secretary of energy, Chu helped Nissan obtain that loan, and he says it was easy to do. At a time when other automakers were merely "sticking a little toe in the water," Nissan made it clear it was putting its weight behind the Leaf as a mass-market vehicle. "That was considered a low-risk loan because they had the full backing of a reasonably successful company," relates Chu.

And if Tesla were to attempt such a thing, A123 co-founder and MIT battery scientist Yet-Ming Chiang seems to think Tesla could build the batteries cost-effectively as well. "There are some barriers, but I don’t see them as insurmountable," says Chiang, explaining that Asia’s advantages aren't as overwhelming as they might seem. Battery manufacturing equipment can be transported to the United States, and workers can be trained. In order to create a large enough supply chain for the numbers Tesla’s talking about, it might need to be built from scratch anyhow.

Chu says that though labor and health insurance costs might be higher in the United States, energy costs are low thanks to the natural gas boom, and that the US should be able to compete so long as it uses highly automated factories to get the job done. "Like it says in the Apple logo, designed in California. Why not Made in California?" asks Chu.

When A123 originally decided to build a battery factory in the United States, it wasn’t really about patriotism or creating US jobs. Though both Yet-Ming Chiang and Tesla's Elon Musk are proud, outspoken US immigrants, it’s clearly business opportunities that drove and will drive decisions to locate factories here. Still, Chiang tells us that shortening the supply chain and avoiding tariffs aren’t the only advantages of producing components locally. "US manufacturing is important because innovation in industries like batteries occurs in the manufacturing methods as much as in fundamental electrochemistry and materials science," he says.

"You’ve gotta get your hands dirty to understand where innovation is actually needed."