Nokia's Lumia 2520 tablet is launching on AT&T next week. The Finnish smartphone maker revealed today that the tablet will debut on November 22nd, the same day as its 6-inch Lumia 1520 and Microsoft’s Xbox One, for $399.99 at AT&T. There’s no word yet on pricing or availability on Verizon, despite Nokia showing off branded versions of the Lumia 2520 at last month’s Nokia World in Abu Dhabi. 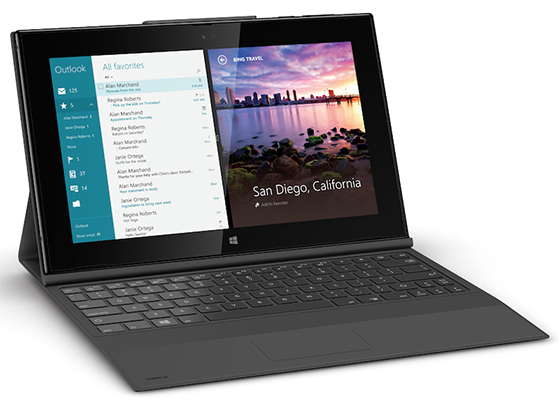 Nokia’s first tablet combines a 10.1-inch 1080p display with a keyboard cover that makes it look rather like Microsoft’s Surface 2 tablet in the photos Nokia has supplied today. The company is shipping the Lumia 2520 with LTE onboard, a large 8,000 mAh battery, and a 6.7-megapixel rear camera. Nokia is also bundling in some Windows 8 apps of its own, including HERE maps, a camera app, and its Storyteller image application. AT&T will offer the Lumia 2520 with 32GB of storage for $399.99 on November 22nd with a two-year contract. There's also a bundle deal at AT&T where the Lumia 2520 tablet will drop to $199.99 with a two-year contract if you're buying it alongside a Nokia Lumia 925, Lumia 1020, or Lumia 1520.