The 80-year-old concrete arrows that helped deliver the mail

The 80-year-old concrete arrows that helped deliver the mail

Travel in a straight line between New York and San Francisco and you might find a strange set of concrete arrows on the ground. The arrows — set into anonymous hillsides and nondescript scrubland — were laid down by the US Postal Service in the 1920s. Prior to the invention of radar and other modern flight planning implements, pilots would have difficulty navigating the coast-to-coast route over the American Midwest: the arrows, when combined with a 50-foot-tower and a powerful gas light, would help them find their way.

America's first transcontinental air postal route was opened on August 20th, 1920. The first pilots to fly the route had to rely on landmarks to guide their way across the land, making the journey near-impossible in poor visibility. To make the route navigable in the rain or the dark, Congress approved funding for a network of beacons in 1923. The first beacons were built in 1924, and covered a portion of the flight from Ohio to Wyoming. By 1929, the network stretched from New York to San Francisco. Rotating beacons lit arrows painted in bright yellow to guide travelers, and any pilots who did run into trouble with their flimsy biplanes knew that emergency airfields were located close to the markers. 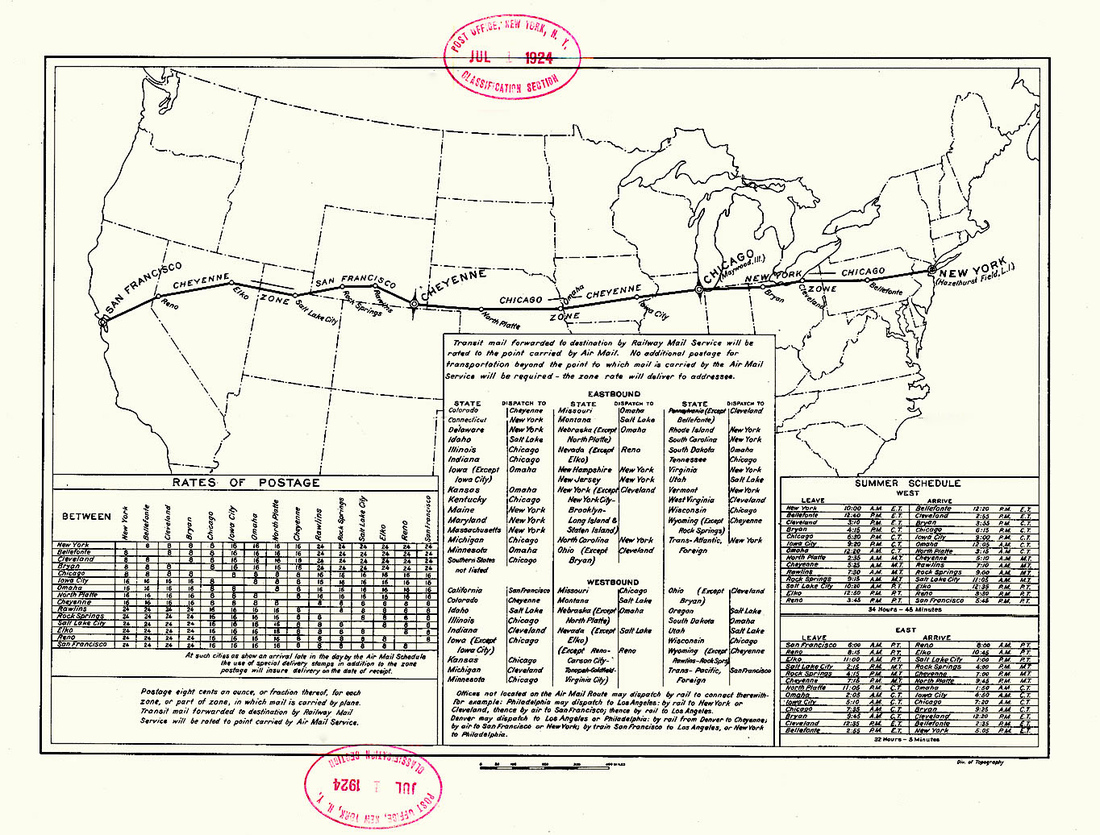 By 1929, the network of beacons extended from New York to San Francisco

Most of the towers are now either repurposed — the Las Vegas Review-Journal reports one such tower in the area is now a TV antenna — or gone, stripped down for scrap metal during World War II. More of the arrows remain, their locations recorded and split into lists of the eastern or western parts of the United States thanks to the efforts of modern surveyors. The arrows are bleached and covered in weeds, but 80 years after they were laid down, they still point a 2,629 mile route from the Atlantic to the Pacific ocean.