$7 million could buy you a pair of dueling dinosaur skeletons

$7 million could buy you a pair of dueling dinosaur skeletons

A pair of intertwined dinos known as the "Montana dueling dinosaurs" will be sold today in a large-scale fossil sale at Bonhams auction house in New York City. The dueling dinosaurs are headlining the auction; valued at $7 million to $9 million, the fossil contains a tyrannosaurid and ceratopsian, intertwined in what some believe was a prehistoric death match. Uncovered on a Montana ranch back in 2006, the fossil is billed as one of the most important discoveries in North American paleontology. 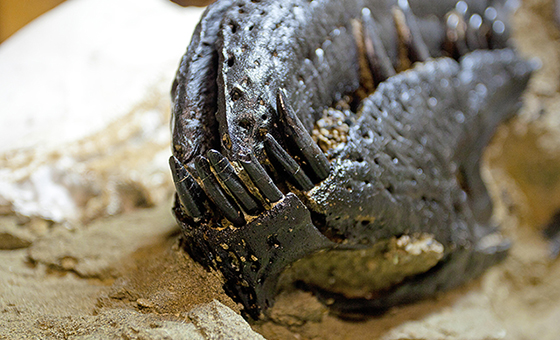 In addition to the duelists, there's a giant Tyrannosaurus rex valued at $1.8 million to $2.2 million, and a Triceratops skeleton estimated to fetch $700,000 to $900,000. In comparison to the three most valuable, the other fully-mounted skeletons are bargains, ranging in price estimates from $150,000 to $550,000. There are well over 50 lots in total, not all of them dinosaurs, and most of them nowhere near as expensive as the stars of the show.

The auction has raised more than a few questions about whether important scientific specimens should even be allowed to go to public auction. In the case of the dueling dinosaurs, it's possible that one of the fossils could be an species new to science.