So I was at the local Microsoft store, picking up some surface gear, when the guy next to me playing with the xbox gave me this brilliant idea on how Microsoft can easily push a lot, lot more Xbox Ones.

All they need to do is add lync.

A very commonly seen device in conference rooms is the Cisco Telepresence. 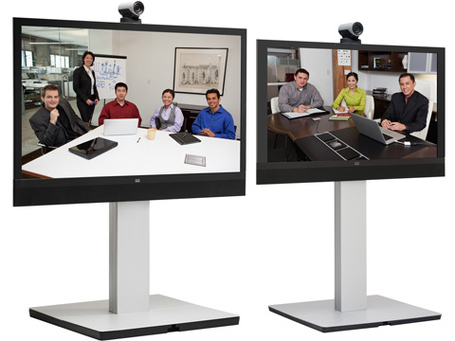 The specs to such a device:

How much do they go for? The cheapest source I can find is e-bay, that thats more than 10000!

Now if only Microsoft added Lync to the Xbox One, than it would destroy the whole video conferencing market, completely disrupt Cisco's cash cow. I can create a conference room video conferencing system with much, much better quality at 1000$ (xbox + tv), much cheaper than the 10k cisco wants .

"How much do YOU think this advanced video conferencing device is worth?

Wait just one moment before you answer,

now we can take this video game involving Ferraris, and snap it right next to Lync.

Now how much do you think Microsoft Xbox is worth?

Wait until you see Xbox Live and HDMI passthough,

and listen to what else you get at no extra charge!

Skype, blu-ray player, a media player, surround sound, a clock, a control panel, and can you believe it? Forza!