Philips has partnered with flooring company Desso to develop "light transmissive carpets." The concept integrates LED lighting into fabric, enabling a number of applications. One area that Desso — a big name in commercial and industrial flooring — is interested in is signage. By controlling which areas of the carpet light up, Philips and Desso are able to integrate information into the floor, be it guiding arrows, logos, or text.

A mockup of the context shows a carpet directing people to the baggage area. On any given day the carpet could be programmed to send people in different directions, making it more flexible than static signage. It could also be useful for temporary signage, for example, lighting up a theater or airplane's carpet to direct patrons to the nearest exit in case of an emergency. A press release announcing the partnership also notes that hotels and retail stores could benefit from ambient and informative lighting. 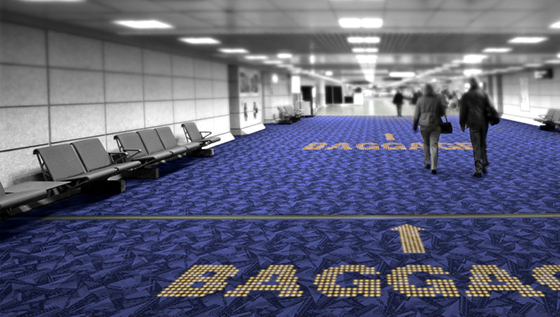 Philips could integrate LED carpeting into its Hue range

Another potentially interesting utilization could be in the home. Philips has an established range of customizable home lighting, Hue, which can be activated and controlled from a smartphone. Users can set their entire house or areas of it to a certain color or ambience, and it's easy to see the company adding carpet and fabric — if used subtly, for example, around the edge of the room — to its Hue range.

For now, the partnership is limited to the EMEA (Europe, Middle East, and Africa) area. The pair note that this is very much a real product, rather than a concept, and it will launch next year. 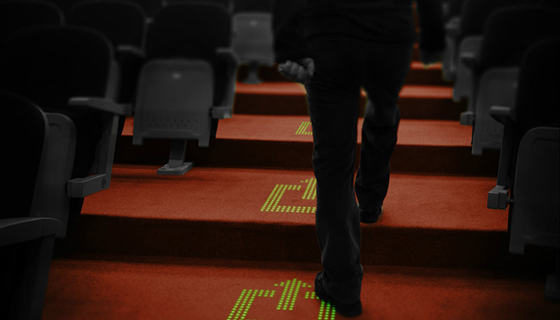