Meet the adorable virtual pet that lives inside your iPhone

'Hatch' is a Tamagotchi for the 21st century

Share All sharing options for: Meet the adorable virtual pet that lives inside your iPhone

It might be from the developers behind the popular to-do app Clear, but Hatch is the antithesis of a productivity app. It's an attention-sapping reimagining of Tamagotchi and the countless other virtual pets that were all the rage in the late '90s. And it's adorable.

We played with an early version of the app almost a year ago, and it's lost none of its charm since. On first launch, you'll be treated to a cutesy animation detailing the history of the Fugu, a lost creature that you'll soon be charged with caring for. After the video, a friendly sidekick named Max will ask you your favorite color (which determines the color of your Fugu), ask you to name your newly hatched Fugu (mine is called Adoraball), and talk you through the basics of the game. And the game is very basic; almost identical to the Tamagotchis of old, in fact.

The presentation is beautiful

I spent most of my time petting Adoraball, feeding her apples, cleaning up waste and rotten fruit from the floor, and generally building "trust," the core score-based mechanic of the game that replaces the Tamagotchi's trio of hunger, discipline, and happiness meters. But Hatch differs from Tamagotchi in its finish. Everything is presented beautifully, with gorgeous animations and a neat parallax effect that helps you feel as though you're looking into your Fugu's world, and the expressive characters entice you to play more. 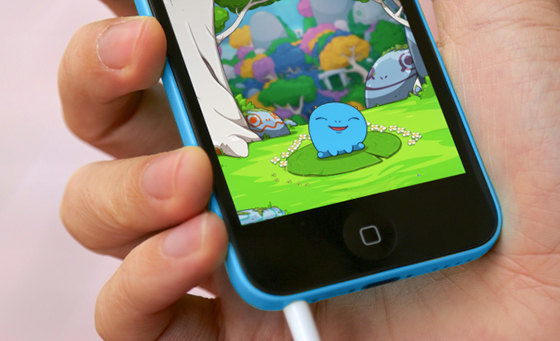 Hatch makes smart use of your phone's place in your life

As the game progresses, you'll gently discover fun ways to interact with your Fugu. Hatch takes full advantage of your phone's place in your life. It sleeps when you charge your phone, and wakes when you're out and about. If your Fugu is yawning, that means your battery is low, and if it's nighttime in the game, it's dark in real life. Listen to music and open the app; you'll find your Fugu dancing. There are lots of small ways Hatch integrates into your day-to-day life, so much so that I doubt I've discovered them all.

There's an in-game currency of sorts, insomuch as you can sell fruit rather than feeding it to your Fugu. The first time I did this, Adoraball was not pleased, her eyes welling with tears. I've since taken to waiting until she falls asleep to guiltily sell her food for cash. Why do I need cash? I'm saving up for a camera add-on that'll let me take photos with Adoraball on top, of course. There are lots of hooks you'd expect from a kids' game, from the aforementioned camera add-on to collectible stickers that can be used with Facebook.

The app isn't perfect. One criticism is in the design of the pull-up menu, which is brought up using the same gesture as iOS 7's Control Center. This design oversight, which caused me to open up Control Center accidentally more than a few times, clearly came about from the game's long development time. Hatch was first demoed back in December 2012, long before its developers were aware of the new gesture. It's also very notification-heavy, and doesn't respect the fact you might be busy or sleeping. I ended up turning off notifications for the app in iOS, which is a little sad as they're generally well done. 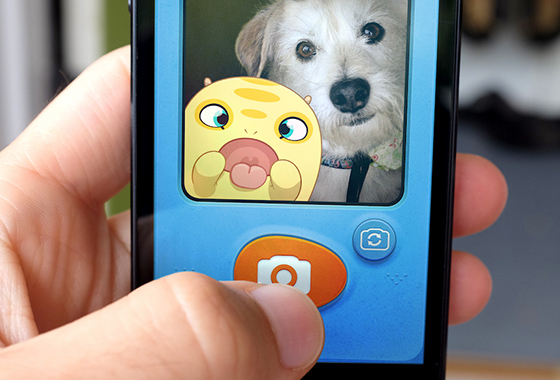 Hatch offers up quite a lot for its $1.99 asking price. Despite its in-game currency, the developers appear to have shied away from in-app purchases, and I could see a lot of kids and some adults having fun with their Fugu. But when even a properly licensed Tamagotchi app has failed to make an impact, you have to worry about Hatch's chances of success. Tamagotchi Life wasn't made with half the love and care that have clearly gone into Hatch, though. Instead of a mindless cash-in on a brand, Hatch is truly a Tamagotchi for the 21st century.