Pharmacies say tougher policies are designed to prevent abuse, but critics say they go too far

Evan Blass is in pain, and it won't go away. Blass, 35, is the man behind @evleaks, a widely followed Twitter account that regularly publishes photos and information on unreleased smartphones. In 2004, he was diagnosed with multiple sclerosis (MS), an autoimmune disease that affects the brain and spinal cord. Blass' condition has worsened in recent years, inflicting constant pain on his hips, back, and torso. To combat the pain, he relies on daily doses of opioid pharmaceuticals like oxycodone and fentanyl.

Until recently, Blass filled his prescriptions at a local CVS in Allentown, Pennsylvania, but when the pharmacy ran out of the drugs he needed last month, he went instead to a nearby Walgreens. Blass had filled out a prescription there once before without any difficulties — but this time was different. The pharmacy denied his request, offering only a vague explanation. A few weeks later, after having moved to Philadelphia, he found himself in the same situation. Once again, Walgreens refused to give him medicine.

"It was obvious that I had been blacklisted."

"He would not give me a reason," Blass says of the pharmacist who wouldn’t fill the prescription in Philadelphia. "It was obvious that I had been blacklisted, because I asked him point blank if I was always going to get denied these medications at every Walgreens, and he said yes."

Blass isn't alone. Over the past few months, a growing number of patients have reported having their prescriptions denied at major pharmacies across the US as companies and federal authorities look to crack down on painkiller abuse. Experts agree that pharmacies and doctors should do more to prevent prescription fraud, though Walgreens — the nation's largest drugstore chain and the focus of a recent federal investigation — appears to have taken a controversial approach.

In September, local Indianapolis news station WTHR published an internal document that Walgreens employees are using to determine whether or not to fill prescriptions for powerful pain medications. The document, part of Walgreens’ Good Faith Dispensing (GFD) policy, is essentially a checklist that staff are instructed to run through when filling prescriptions for "target drugs": powerful narcotics like oxycodone, methadone, hydromorphone, morphine, fentanyl, and oxymorphone.

The checklist, which WTHR first obtained from a disgruntled pharmacy technician, calls for employees to run through basic steps before filling a prescription: check for valid ID, consult the company's nationwide customer database to make sure an individual hasn't been denied before, and review the customer's prescription history for any irregularities. It also requires employees to answer seven questions that scan for any "red flags": whether a patient pays in cash, whether he orders refills ahead of schedule, or whether he recently changed doctors. After going through these steps, Walgreens pharmacists are asked to use their "professional judgement" to determine whether to fill the prescription, or call the prescriber for more information.

"That's the real problem with this. It's highly offensive."

According to Walgreens, the policy is designed to implement tighter safeguards against prescription fraud, though WTHR reports that the system has resulted in lengthy delays for many customers. Others, like Blass, have had legitimate prescriptions denied, often with little or no explanation.

Some physicians have taken issue with pharmacies’ increased diligence. Earlier this year, the American Medical Association (AMA) adopted a resolution stating that constant pharmacy calls to confirm prescriptions issued by doctors are an "inappropriate interference with the practice of medicine and unwarranted." Others fear that Walgreens' strategy may stigmatize people who have valid needs for powerful drugs.

"Everyone – everyone – who has a pain prescription is being treated as a suspected criminal," Dr. Deborah Peel, founder of the Patient Privacy Rights Foundation, told WTHR. "We need programs that target the abusers, that don't treat everyone as an abuser. That's the real problem with this. It's highly offensive." 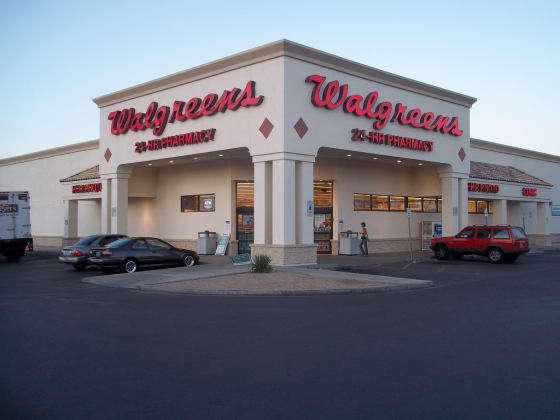 Walgreens pharmacies have come under fire for allegedly denying painkiller prescriptions for those in need. (Flickr / time anchor)

The Walgreens policy was reportedly implemented this summer, in apparent response to a massive investigation from the Drug Enforcement Administration (DEA) and the Department of Justice. Federal authorities charged Walgreens with failing to oversee distribution of powerful narcotic drugs, allowing them to end up in the hands of abusers. In June, the company paid a record $80-million fine to resolve the allegations, and, as part of the agreement, vowed to implement tighter internal controls on pain pill prescriptions.

A Walgreens spokesperson declined an interview request from The Verge. In an email statement, the company acknowledged that its GFD policy is designed to strengthen control over painkillers, though it did not say when the policy went into effect or how it was formulated.

"With the sharp rise in the abuse of prescription painkillers in recent years, health care professionals in all practices are continuously striving to find better ways of ensuring those medications are used only for legitimate medical purposes," the statement reads, in part. "We are working to ensure our patients continue to have access to the medications they need while fulfilling our role in reducing the potential abuse of controlled substances. We have recently taken a number of steps to provide additional guidance and training to our pharmacies on the proper handling of controlled substances."

"There’s an epidemic of prescription drug abuse and addiction in the US, and opioids are at the head of the pack."

There's no denying that prescription drug abuse is a growing problem in the US. Use of prescription opioids — a class that includes OxyContin, Vicodin, and Kadian — has soared in recent years, jumping from 74 milligrams per person in 1997 to 369 milligrams per person in 2007, an increase of 402 percent. In 2010, 60 percent of drug overdose deaths in the US were linked to pharmaceuticals, including 16,652 that were related to opioid painkillers. According to the Drug Enforcement Administration (DEA), around 7 million people are addicted to painkillers, compared to the estimated 1.5 million who are addicted to cocaine.

"There’s an epidemic of prescription drug abuse and addiction in the US, and opioids are at the head of the pack,” says Caleb Alexander, co-director of the Center for Drug Safety and Effectiveness and Johns Hopkins University. “The opioids are the elephant in the room."

Federal and state authorities have launched a vigorous campaign to stamp out prescription drug abuse, targeting pharmacies, doctors' offices, and so-called "pill mills": clinics that provide painkillers without prescriptions. In October, the Food and Drug Administration (FDA) called for tighter restrictions on drugs containing hydrocodone — an opioid found in Vicodin — proposing that they be classified as a Schedule II narcotic, which would put them on the same level as controlled substances like oxycodone and morphine.

In Florida, sales of opioid drugs declined by 97 percent after a statewide crackdown on clinics and distributors, though patients there, as in Indianapolis, have since reported difficulties in obtaining the pain medications they need.

Drug companies have made efforts to curb abuse, as well. Purdue Pharma, the maker of OxyContin, recently released a reformulated version of the drug that cannot be crushed up for snorting or injection — an ostensible deterrent to drug abuse. The pill was released in 2010 and the FDA has begun phasing out the previous version, though there are concerns over this new pill's effectiveness. A 2012 study published in the New England Journal of Medicine suggests that such abuse-resistant pills may only push users to other narcotics, such as heroin.

"I don't think that this type of guideline is necessarily objectionable."

For federal authorities, pharmacies are a last line of defense in the battle against pharmaceutical abuse, but it's not clear whether other chains have implemented protocols similar to Walgreens’ GFD policy. CVS, which has also been subjected to federal investigations, has implemented a large-scale data analytics program to identify "problem prescribers," though a company spokesperson would not confirm whether its employees use any sort of checklist when evaluating prescriptions.

"Our pharmacists consider a variety of factors as part of their corresponding responsibility to appropriately fill prescriptions for controlled substances," the spokesperson said in an email. "These factors may contribute to a pharmacist's decision using their professional judgment to fill or to decline to fill a controlled substance prescription."

"I don’t think that this type of guideline is necessarily objectionable," Alexander says of the Walgreens checklist. "The bottom line is pharmacies and pharmacy chains play an important role in helping to rein in this epidemic." While Alexander acknowledged that there may be "unintended consequences" for patients with legitimate pain problems, he said such concerns are inherent to any health policy change.

"I don't discount those concerns, but I also don't think those are a reason not to pursue reasonable approaches" to curb drug abuse, he added. Many of the questions and criteria included in Walgreens' checklist, he says, are simply "based on good sense."

In its statement, Walgreens said that combating drug abuse will require broad efforts from doctors, regulators, pharmacies, and distributors, and that they must work "toward practical solutions to combating abuse while balancing patient access to critical medication."

But for patients like Blass, who depends on a consistent supply of pain medications, the pharmacy’s policies have thrown treatment — and arguably a baseline quality of life — into jeopardy. Fortunately for Blass, he was able to procure his medication through a special order placed at a nearby apothecary, but he fears that others may not have the same options. "I bet there are quite a few towns that only have a Walgreens, and those patients are really screwed," he says. "I can’t even imagine."