Share All sharing options for: What's the best way to spend $600 on video gaming right now?

Microsoft and Sony have just kickstarted the next generation of games with the new Xbox One and PlayStation 4. As of today, they're simply powerful, relatively affordable new boxes that play games. Tomorrow, they could be capable of much, much more.

For now, though, neither console has realized its potential, and there aren't many good games to start. They're also not backwards-compatible, so you'll only get an error message if you try to put old Xbox 360 or PlayStation 3 discs in their drives. When existing video-game console libraries are chock-full of great titles, and wonderful PC and mobile experiences are cheaper and more accessible than ever before, would buying a PS4 or Xbox One this holiday season truly be the best choice? Both consoles are expensive, with the PS4 coming in at $399.99 and the Xbox One at $499.99. But you'll also want some games — so let's just see how much bang you can get for 600 bucks.

What's the best way to spend your hard-earned gaming dollars this holiday season? Let's find out. 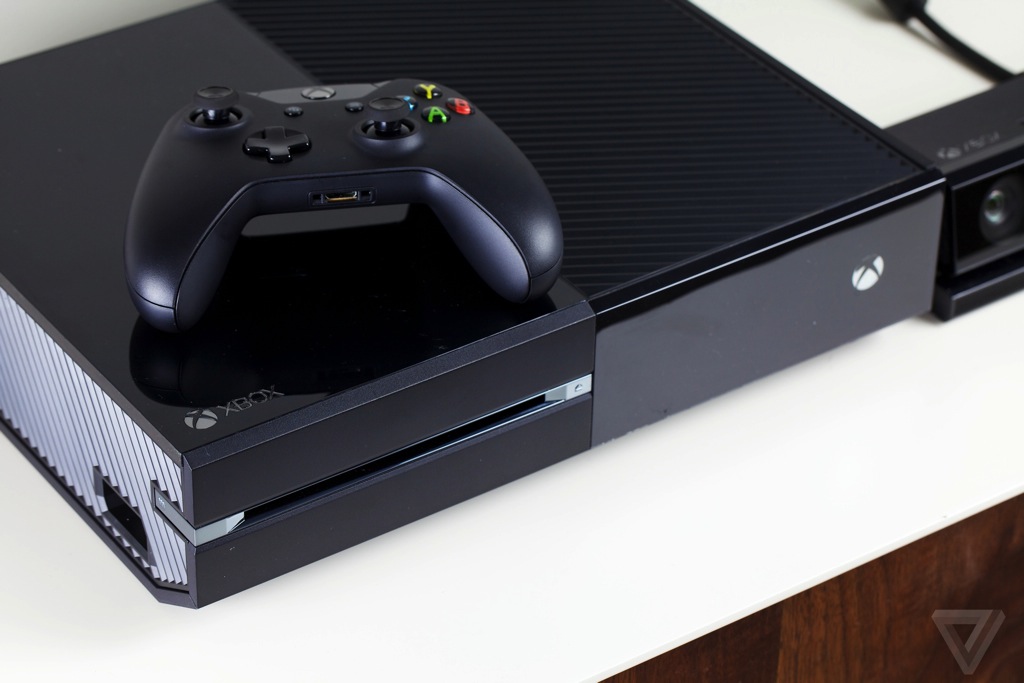 What do you get for your $600 with an Xbox One? Not a whole lot. The console does come with three demos — fighting game Killer Instinct, motion-controlled Kinect Sports Rivals Preseason, and workout title Xbox Fitness — but each are extremely limited. Killer Instinct only comes with a single character, and you can't even play the game with that character unless you buy a second controller or an Xbox Live Gold subscription for online play.

Depending on which $59.99 game you pick, though, you could be set for a bit. The excellent Forza Motorsport 5 has over 200 gorgeous cars to unlock and 14 tracks to master. Both Dead Rising 3 and Assassin's Creed: Black Flag have worlds to explore and weapons to experiment with, and there's a selection of next-gen sports titles which could keep armchair quarterbacks satisfied. To get the most out of your Xbox One experience, though, you really need to pony up an additional $59.99 for a year of Xbox Live Gold, which will give you access to online multiplayer for games like Battlefield 4 and Call of Duty: Ghosts. 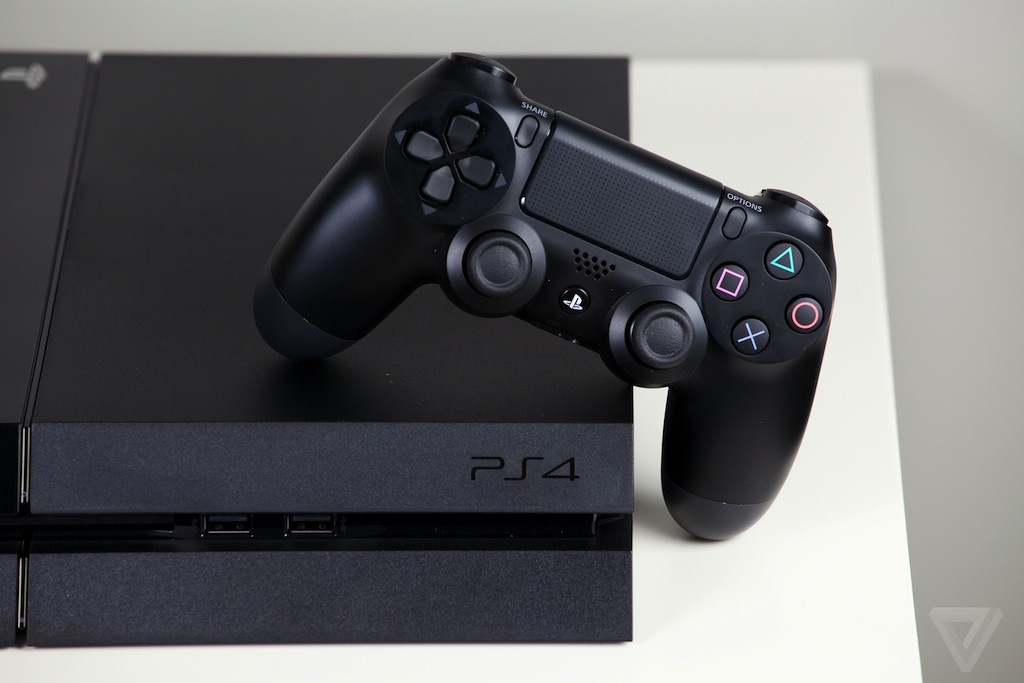 Pop on over to PlayStation 4, and the story's much the same — only your $600 will buy you more games. Since the console only costs $399.99, you could afford to pick up two full-price $59.99 titles and a $19.99 indie title and still make it under the mark after tax. Or, swap out one title for a $49.99 PlayStation Plus subscription and unlock multiplayer plus free games each month, starting with the truly excellent Resogun and the iffy Contrast. There are also three full free-to-play games on the console at the moment if you have PlayStation Plus: Blacklight: Retribution, DC Universe Online and Warframe.

So for $600, you could (for instance) get Call of Duty: Ghosts, Resogun, three free-to-play titles, and the ability to play them all online. If you already owned Flower or Sound Shapes on PS3, they’re free to download on PS4. Add them to the pile.

Unfortunately, PlayStation 4 doesn't have any games with the staying power of Forza Motorsport 5 quite yet. Big exclusive Killzone: Shadow Fall turned out to be fairly disappointing, Knack is overly simplistic, and the indie crop is small. All the same third-party titles are here, though, like Assassin's Creed, Battlefield, Lego, Need for Speed, FIFA, and Call of Duty. 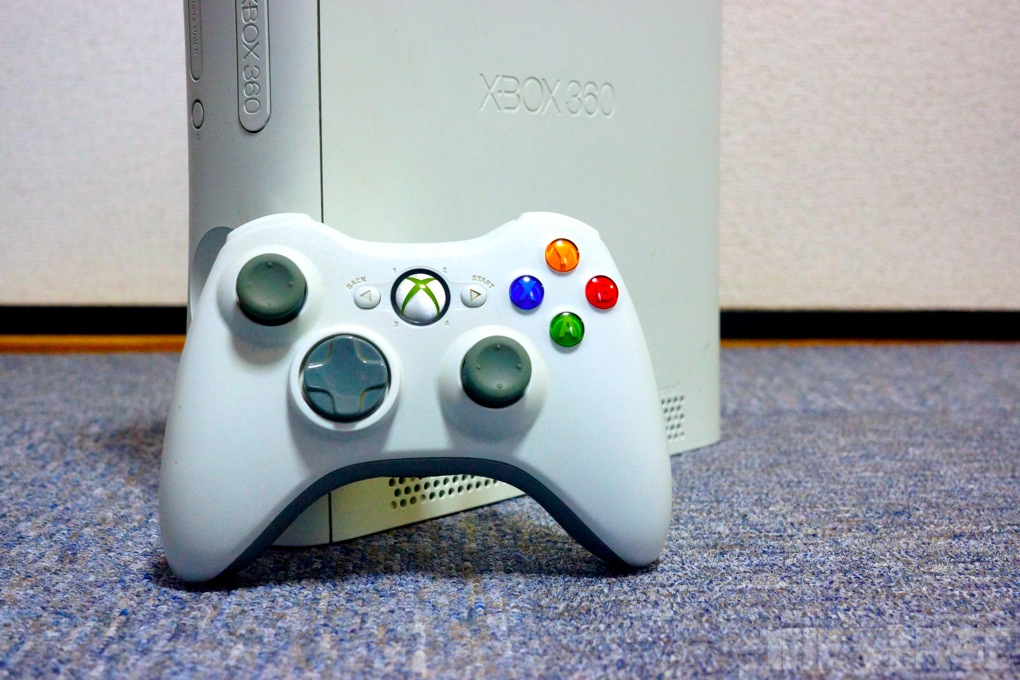 But why buy a next-gen console at all? If your purpose is to play lots of great games over your holiday and you don't mind less graphical detail, you can pick up an Xbox 360 or PlayStation 3 for just $199.99 and build a massive $400 game library. Not only can you play many of the same exact games you’ll find on PS4 and Xbox One, you’ll find a giant library of titles you can't play on next-gen at all. There’ve been so many good games in 2013, in fact, that it’s highly unlikely you’ve played them all even if you already owned one of these consoles. Grand Theft Auto V, Beyond: Two Souls, The Last of Us, and Saints Row IV are just a few months old, and you can already find high-profile titles BioShock Infinite, Tomb Raider, and Crysis 3 at a discount. If action games are your cup of tea, you could get a PlayStation 3 and every title we just mentioned for under $600, even if you're buying brand-new copies of each game.

That's to say nothing of the wonderful collection of downloadable titles you'll find on PlayStation Network and Xbox Live Arcade, including gems like Journey and Braid, nor the massive collection of used games you can find on disc for $5 or $10 dollars each. 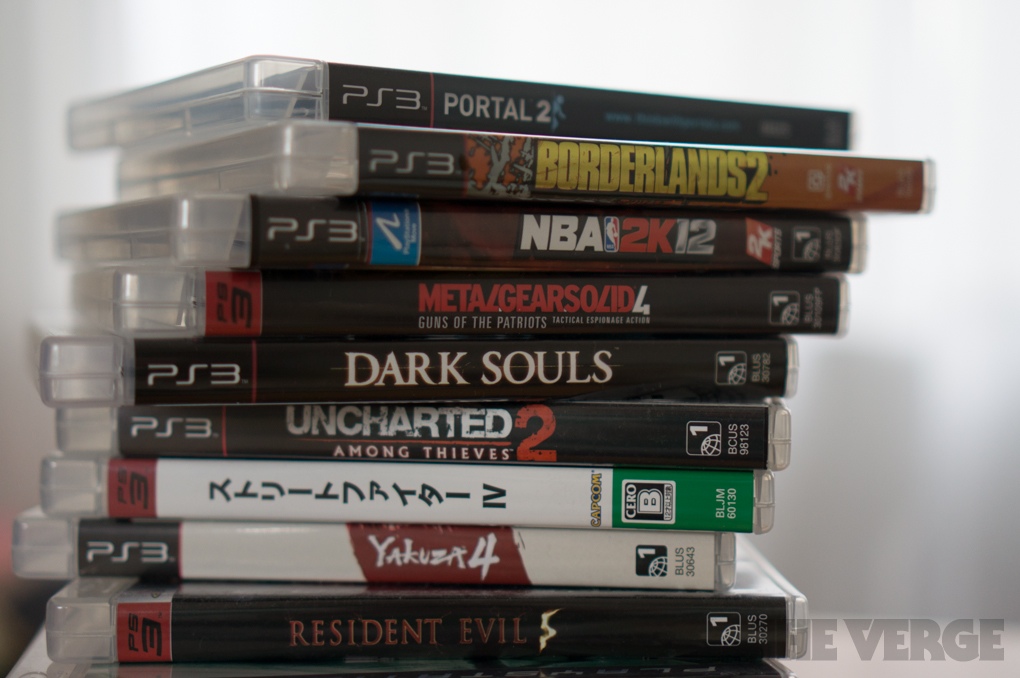 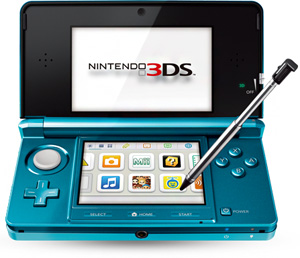 While Nintendo's Wii U doesn't have many must-buy titles, the Nintendo 3DS library is looking better and better every day. And with a starting price of just $129.99 for the 2DS or $169.99 for the 3DS, $600 would buy you a portable system with practically all of the system's best games. Both Legend of Zelda titles, Animal Crossing, Fire Emblem, Pokemon, Super Mario 3D Land, Luigi's Mansion, Zero Escape, and Mario Kart could squeak in under the mark, and still leave room for Super Smash Bros. when it arrives in 2014. 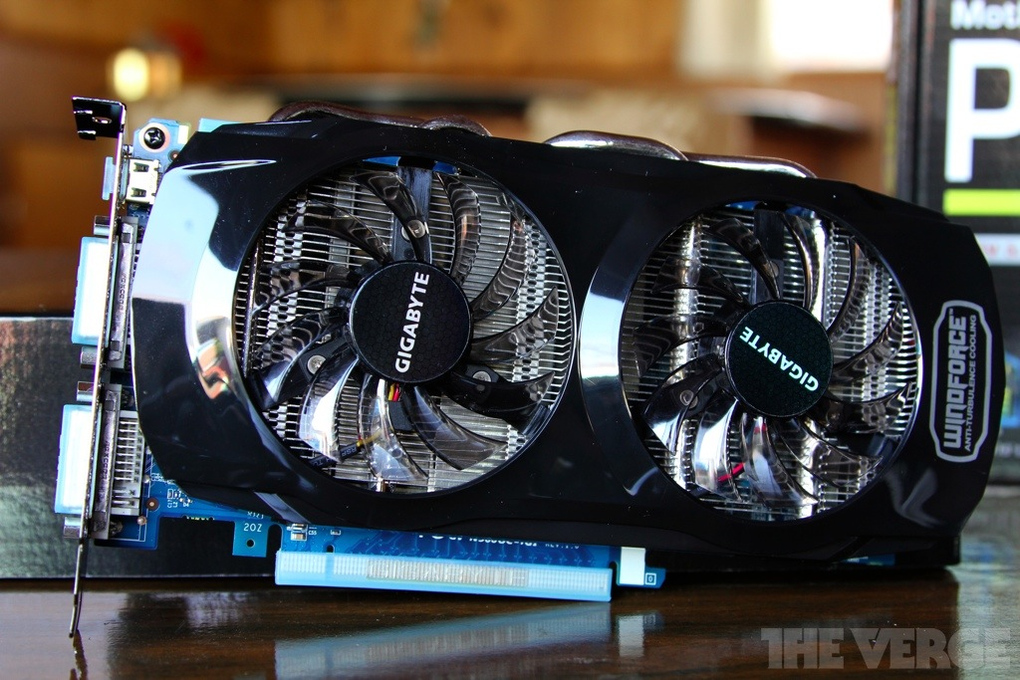 If you want the power of next-gen consoles with a game library that dwarfs the Xbox One and PlayStation 4, there is another option, however. For $600, you could build a gaming PC that blows them out of the water. It's certainly not as easy as just plugging in a console, but putting components together isn't as difficult as you might think, and the payoffs are huge. Practically every game can look better on PC, and PC games go on deep discount all the time. Steam's summer and winter sales are incredible, and the Humble Bundle regularly offers pay-what-you-want deals for older games and indie titles. Since the PC has such a long history, you can find loads of classic games, and with a wireless controller and an HDMI cable, you can play many titles on your TV. 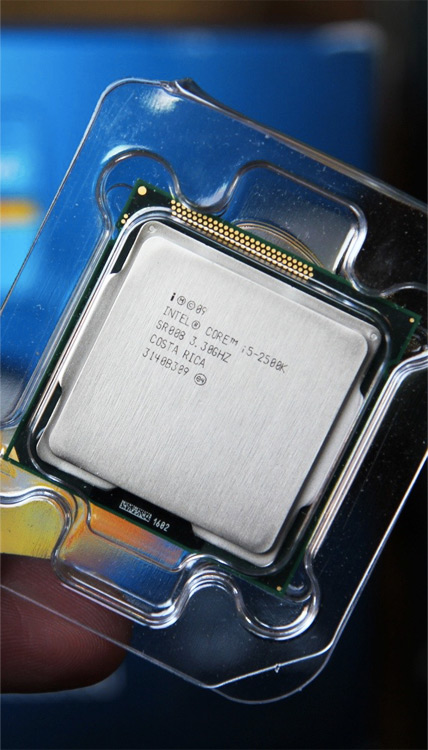 The hard part of building a PC is finding the right combination of components for the right price, as technology advances quickly, and prices can change day to day. The things you need to remember are that you should spend the lion's share of the money on the graphics card, a little bit on the CPU, and as little as possible on everything else — but only buy motherboards and power supplies that have lots of positive user reviews.

Here are a couple of example builds: one all-AMD system for $588.48, and an Intel / Nvidia rig for $589.90 after rebates. You'll also need a mouse and keyboard, but those can be had for a song, and you can save another $15 if you borrow an optical drive from a friend instead of buying one right away. You'll probably only ever need it to install the operating system.

You might think we didn't leave any room in the budget for games, but that's not entirely true. The AMD GPU comes with a copy of Battlefield 4, the Nvidia GPU comes with Assassin's Creed: Black Flag and Splinter Cell: Blacklist, and you'll probably find more excellent free-to-play titles on PC than every game for PlayStation 4, Xbox One, and Wii U combined. 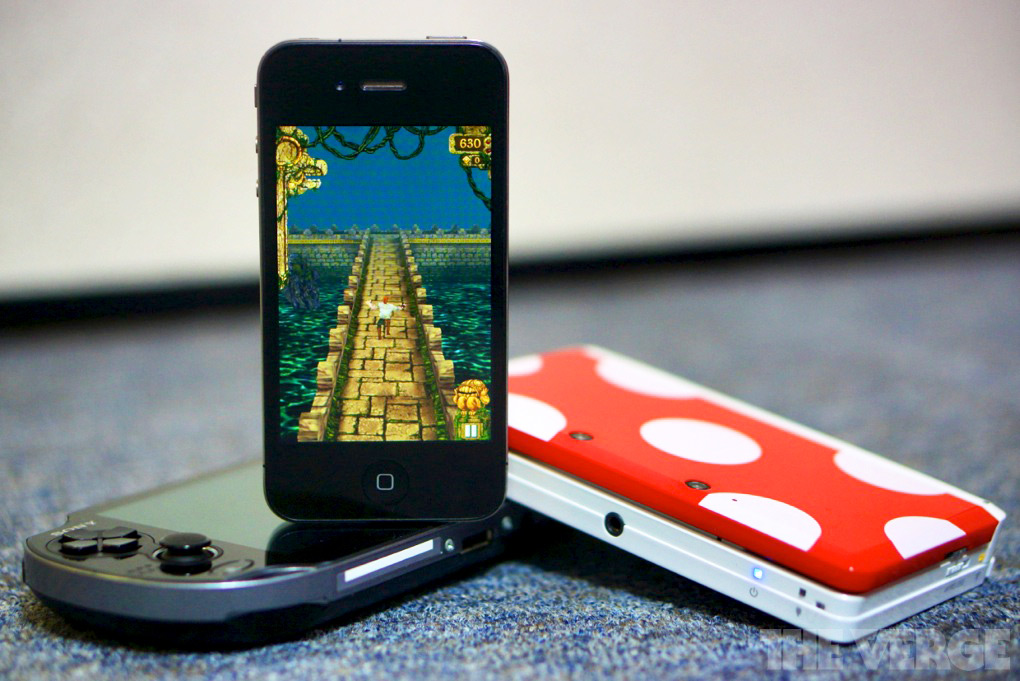 Consider this. You probably have a smartphone, and mobile games are cheap. If you set aside $600 to buy games on iOS or Android, you'd never run out of things to play. Even if you purchased the most expensive, high-profile games you can find, like the $17.99 Final Fantasy Tactics or the excellent $19.99 XCOM: Enemy Unknown, you'd be hard-pressed to use all that money. Even if you had to buy a new $399 iPad mini with Retina display, a $229 iPod touch, or even a $249 Nvidia Shield, you'd repeatedly run out of storage before going through the remaining cash.

For the most part, the games you'll find aren't the same kind of experiences you'd find on a dedicated gaming machine, but games like XCOM, add-on game controllers, and the ever-increasing power of mobile graphics suggest that there might not always be a huge difference. 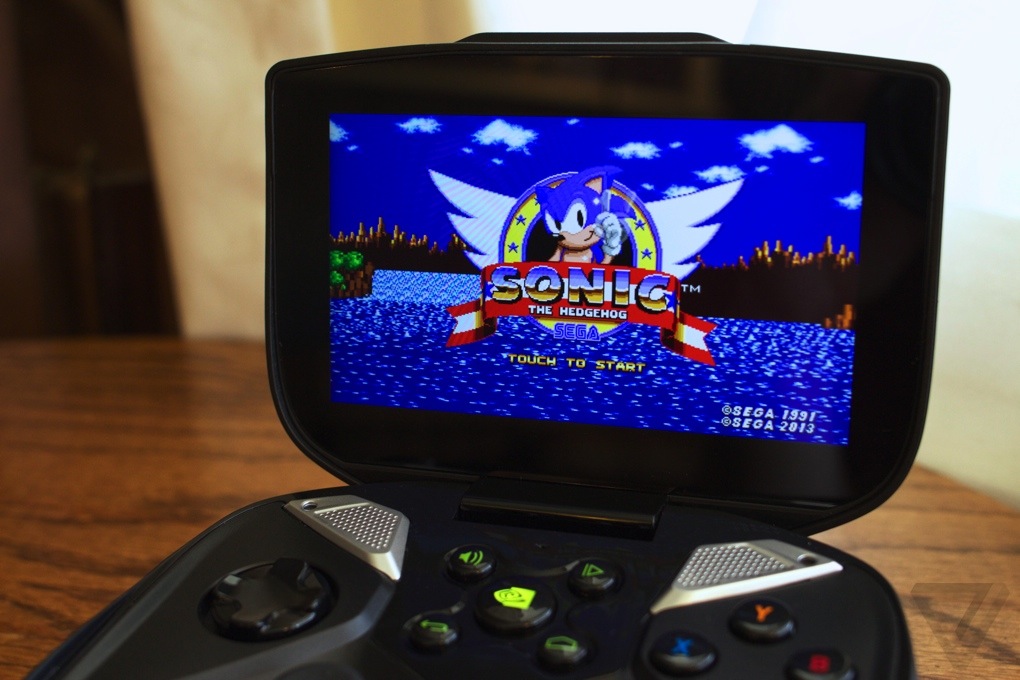 There are definitely good reasons to buy a new Xbox One or PlayStation 4, least of which are the simple satisfaction of showing your friends the latest tech. But if you've got $600 burning a hole in your pocket and all you want to do is play some good games, there are many more options on the table. The Xbox 360 and PS3 are fantastic buys, the Nintendo 3DS's star is rising, and the PC can give you more power than either game console can muster. Smartphones and tablets are becoming increasingly capable, and developers are taking them more seriously all the time. Even the Wii U and PlayStation Vita are accumulating good titles: if you're a diehard Nintendo fan or crave portable Japanese RPG games, you could do reasonbly well spending $600 on either.

If you’re buying for the future, a next-gen console is probably the way to go, but you’ll be waiting for a library of games to play for some time to come. If you want the most game for your buck right now, this holiday season, you’ll want something else.

Just make sure that if you’re buying a gift, you know your recipient well. If someone wants a PlayStation 4 under the Christmas tree, an Xbox 360 is sure to disappoint even if your intentions are pure.

Read next: The best games to buy for your PlayStation 4 and Xbox One