I like the Desktop. I like Metro. There are things I enjoy about both. So I've been thinking for a while now how would I improve Windows if I had the chance. I made a theme for Windows 7. I've been cherry picking some of the concepts that have come along, since Windows 8 was released. I want to own a Windows Desktop computer and I'd like to own a Tile tablet as well. These are a few ideas I've thought about since Windows 8 has come out:

- Metro should be it's own platform and not on the desktop, however, I think the desktop should retain the Start Screen as well as the iconography. My reason behind this is if the Start Screen was improved upon and was given much more functionality it would could be a very enjoyable element on the desktop. I think Metro provides a lot of the same functionality as the desktop and that's the reason I think they should be split up. I know that isn't what some people want, but I think it would make Microsoft's approach to the market more encompassing.

- Metro should get rid of the off-screen swiping gestures for bringing up hidden UI. I think it's confusing to someone to constantly remember all the hidden elements to each Metro app.

- The Skype messaging app can grow over time. It would be nice to have a messaging app that not only handled private, but also public services, forum messaging, instant messaging, text messaging, email, Skype calls, all of these things rolled into one application) One of the things I find so lacking in Apples operating system is multifunctional usage within an application. (The Clock, Calender, and Reminders app are all separate in iOS.)

- Customization I feel is very important to a users experience. Another main complaint about Apple's iOS is how little the operating system is customizable. Some of the tips and tricks on the internet like how to go into Windows and change something via RegEdit made Windows much more enjoyable to me. (I'm glad I found the "Last Active Window" registry edit and the "Remove The Command Bar" registry edit.)

- The Charms should be part of the Start Screen.

- I would really like Microsoft to give more consideration to the desktop app store as well as companies like Stardock that create customization software and how they help Microsoft. 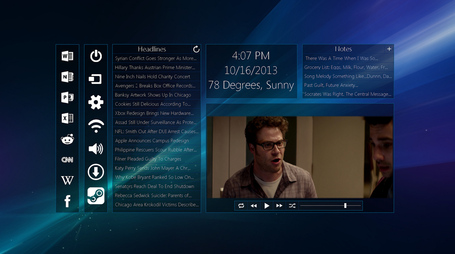 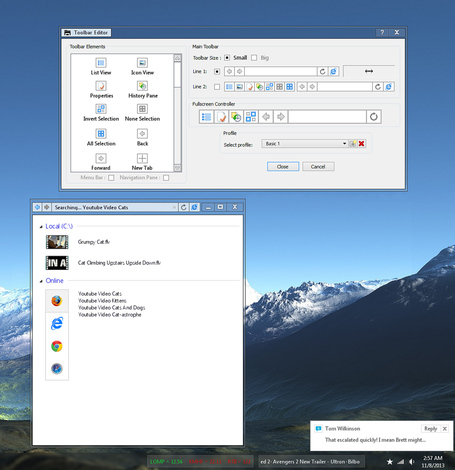 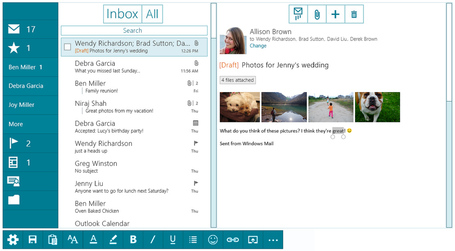