From alpha to ‘Betas’: how Amazon is rethinking the way television is made

Can audiences help pick the next great TV series?

Share All sharing options for: From alpha to ‘Betas’: how Amazon is rethinking the way television is made

When Amazon Studios launched in 2010, it had a bold vision for reimagining the way movies were made. Writers and filmmakers could upload their work, the pitch went, and with the help of other customers could workshop their projects in the hopes of getting them discovered and made. In 2012, a year after Netflix had closed its deal for House of Cards, Amazon Studios announced it was going after television as well.

Betas is just the second series to come out of the studio, joining the John Goodman vehicle Alpha House which premiered earlier this month. Created by Evan Endicott and Josh Stoddard, it tells the story of a group of friends in the Silicon Valley startup scene, but more importantly, it represents Amazon Studios taking its crowdsourced-feedback concept and applying it to the traditional model of making TV shows. By combining Amazon Instant Video viewing data and user reviews, the company is betting it can take some of the guesswork out of the creative process, allowing it to produce shows that will have ready and waiting audiences right out of the gate.

"You can just see what's working on the site, and then that gives you a little context."

Roy Price, director of Amazon Studios, says that the company is able to guide its efforts by looking at what Instant Video customers are already responding to and pursuing more content in the same vein. "You can just see what’s working on the site, and then that gives you a little context, you know? That these things are resonating," he says. The popularity of comedies, for example, influenced the decision to start with that genre rather than the hour-long dramas that are proving so successful on cable (Amazon’s next wave of pilots, including Chris Carter’s The After, should arrive in the first quarter of 2014). There’s also a clear preference for serialized storylines, Price says, which made a project like Betas a better fit than a typical sitcom.

It’s the same kind of research that Netflix used when contemplating the casting of House of Cards, and allows streaming services to pinpoint precise viewer trends rather than rely on abstractions. "Demographics are a way to speculate about what people might like to watch, but if you actually know what they like to watch that’s more important than the demographics," Price says. "If you’re 21 years old but you love Downton Abbey and Call the Midwife, then that’s cool. We should be developing Downton Abbey and Call the Midwife for that person."

"The TV and movie industries tend to be maybe a little more spontaneous."

"They’re very analytic in a tech way," explains executive producer Michael London (Sideways, Milk). Amazon brought its own experience in the technology world to the table, pushing for a more realistic portrayal of the startup scene, while its creative executives went over every story and character decision in incredible detail. "Sometimes that’s a little crazy-making, because the TV and movie industries tend to be maybe a little more spontaneous and fly-by-night," but London says the project benefited from the focus. 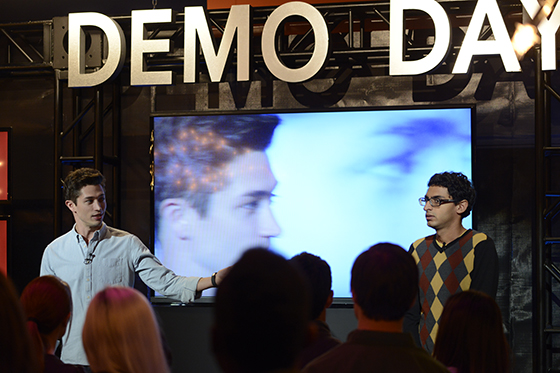 The traditional model with a layer of user input

Perhaps the biggest shift in the entire Betas journey was the pilot process itself. For years, television has worked just like Samuel L. Jackson explains it in Pulp Fiction: when a network likes a prospective show, it commissions a single episode. Those that make the cut go to series, while those that don’t… don’t. Netflix has tried to gain an edge with creatives that may have been burned by the pilot process by forgoing them altogether; House of Cards and Orange is the New Black were ordered straight to series, no pilot required. But Amazon Studios is using the traditional model with the added layer of user input.

When Amazon decided to walk down the original-content path, Price explains, it made sense to leverage the vast number of people visiting Amazon.com as well as the Amazon-owned IMDb. "We thought clearly we should bring customers in the process, and basically develop with them and ask them what they’re responding to," he says. That meant soliciting user feedback on its pilots, and when Betas went up earlier this year, its creators found themselves in the unique position of watching the internet react in real time — knowing that the fate of their show could hang in the balance.

"I know we were called pornographers at one point."

"Oftentimes you make a pilot and no one sees it except for like, 40 people in a focus group, and you don’t know what happened," Josh Stoddard says. "In this case you knew you had thousands and thousands of people weighing in." Obviously a large portion of the responses were positive — the pilot currently sits at 4.5 out of 5 stars — but the internet being the internet, some reactions were rather heated. "I think Evan was pretty good at blocking those things out, but for whatever reason I was refreshing that page and I’d read ‘em all."

"I know we were called pornographers at one point," Endicott deadpans, "and that made my mom proud." 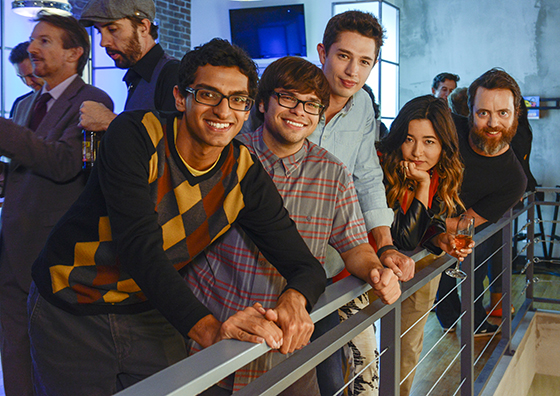 Of course, the question remains just how much that user feedback really plays into Amazon’s decisions. "I think it’s big," Price says. "It’s not entirely mechanical. It won’t just spit out a stat-ranked list of shows where you can automatically greenlight the top two something. That would make our job a lot easier," he laughs. But what it does do is provide a general framework for Amazon Studios executives to work within, pairing their own creative gut calls with hard data about what audiences are responding to. "So I would say it winds up being kind of a hybrid, but the data is super helpful for framing the decision."

"They're not looking to make things on a conveyor belt."

Television history is filled with shows that didn’t resonate with viewers at first, but became beloved classics over time. Looking to the audience so early in the process could conceivably result in a watered-down slate of programming, but both London and the creators of Betas are quick to emphasize that they never saw data trends factor into creative decisions themselves. "Being inside the company, they’re actually remarkably clear-minded about that," London says. "They want to know what their viewers like and they want to please people, but they’re not looking to make things on a conveyor belt the way you might a vacuum cleaner." In fact, Endicott and Stoddard say they never even received any breakdowns on the consumer response to their pilot until halfway through shooting the full season — and that was only because they asked the marketing department.

With both shows now out in the wild, the focus turns to how well the experiment has performed. Amazon is playing things close to the vest when it comes to its own metrics for success — "If it makes Prime more valuable and people are responding to it, that would be the good outcome," Price says — and the creators themselves don’t seem to be working with much more.

"They keep that pretty opaque," Endicott says. "It’s in a pretty experimental phase, and I think they’re figuring out how to get eyeballs on this stuff. How does it translate into things, like if it’s about selling Prime or building a brand… maybe it’s all of these things." There’s also the issue of the user-submitted project concept. While Price says the company has no specific expectations, just two of the 25 pilots Amazon has produced thus far originated from scripts that had been uploaded to the site — and neither made it to series.

"If these guys had existed five years ago, 'Arrested Development' wouldn't have gotten cancelled."

In the meantime, the fact that companies like Amazon, Netflix, and Hulu are edging their way into original content means there are more opportunities for show-creators — and more opportunities for great shows to emerge, regardless of the development process. "I think if these guys had existed five years ago, shows like Arrested Development wouldn’t have gotten cancelled," Endicott says. Fans are hungry for more than traditional prime time entertainment, and streaming video services have the potential to provide it. "I think they’ll have room to do different kinds of programming, and I hope that’s what they continue to do."

The first three episodes of Betas and Alpha House are available now. Prime customers can watch new episodes every Friday.