Hands-on with Jolla, the Nokia that could have been

Hands-on with Jolla, the Nokia that could have been

What if Nokia hadn't abandoned MeeGo in favor of Windows Phone?

The Nokia N9 deserved better. Introduced in the middle of 2011, Nokia's one and only MeeGo phone offered a refreshing mix of original software and striking new hardware. It was, however, quickly swept aside by the Finnish company's grander Windows Phone plans, which took precedence over the promising but unsupported MeeGo platform.

Picking up where the Nokia N9 left off

Jolla, a splinter group of former Nokia employees, has taken on the task of keeping the N9's legacy going. It's a project that immediately engenders goodwill through its refusal to simply abandon all that good work in favor of economic practicalities — but that same bravado is also what makes it distinctly utopian. A small and unheralded startup aims to succeed where the formerly giant and resource-rich Nokia didn't dare tread.

The first step has been taken. Jolla is this week shipping out the first consignment of Jollas — yes, the phone and the company have the same name — with 450 of them being handed out in person at a launch event in Helsinki on Wednesday. They go to the first pre-order clients who staked their claim way back in May and come with a handwritten note of gratitude from Jolla employees. Everyone else in Europe will get a slightly less personalized box, with shipments going out in order of priority. Jolla notes that it's already made over a million euros in sales, following a 20 million euro investment to get the company up and running from the ruins of Nokia's MeeGo venture.

So what does that 399 euros get you? The immediate first impression is a positive one. The Jolla phone feels light and compact, though it's no category leader with a weight of 141 grams and a thickness of 9.9mm. It's also got a blocky, utilitarian design, which nonetheless appeals with its quirky sandwich look — courtesy of the swappable Other Half back covers — and subtle Jolla branding set in an inviting cursive typeface.

Two years in the making, but no LTE support at launch

Double-tapping the screen wakes the Jolla from sleep — one of multiple UI innovations that the Nokia N9 pioneered — and starts you on a journey of multivariate gestures and swipes. Swiping in from the sides brings you to the home screen, swiping up from the bottom accesses your notifications and social feeds, while a swipe down from the top either closes the active app or locks the phone if already on the home screen.

Yes, it sounds very reminiscent of the Nokia N9, but in practice it's highly unintuitive and unwieldy to the point where the entire UI paradigm can be considered broken. Screen transitions and in-app animations go from left to right, inviting the user to swipe from right to left to go back, but that’s not always how you’re supposed to do it. A notification pops down from the top of the screen, but if you try to swipe down to view it, you're liable to unintentionally close your current app or, more annoyingly, lock the entire phone. Then there's the fact that a swipe from the middle of the screen produces a different result to a swipe from the edge. It all adds up to a frustrating learning experience. The user is forced to adapt to the operating system rather than the other way around. 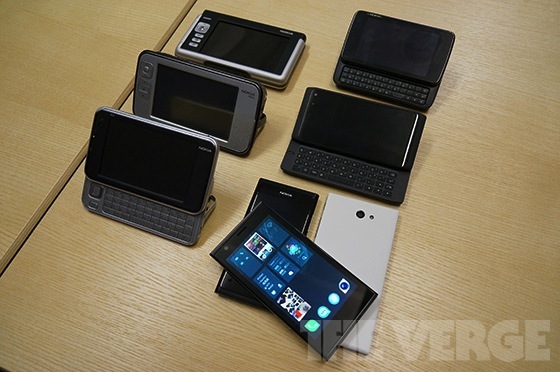 All the effort of adapting to Jolla might be worth it if the device offered some unique advantage over others on the smartphone market, but it doesn't. The only standout quality it has is the goodwill of old Nokia loyalists and those who like to support grassroots projects. Unfortunately, there just isn't a very good smartphone here, and that's what you need if you intend to compete with behemoths like Google, whose Nexus 5 is a startlingly good value at 70 euros less.

The Jolla's strength is in having a lighter software stack — underpinned by the Qt framework, which provides the basis both for its native apps and its UI — than Android while still being compatible with Android apps. Alas, not being an actual Android device, it lacks access to the Google Play Store, so you're left to fend for yourself with the limited Yandex and Jolla app stores and the downloadable Amazon Appstore. You can sideload app APKs if you wish, but that'd require that you understand what the process involves and where to find the requisite software. It's rough going.

In its present beta state, the Sailfish OS suffers from a number of fundamental issues. Apps are susceptible to crashing regularly and are generally slower to load than you'll find on modern smartphone alternatives. Even the usually innocuous onscreen keyboard can become unresponsive and require a reboot. Jolla says that it "wanted to get this as early as possible into customers' hands," and it'll be delivering regular updates to get full functionality rolled out.

One of the most glaring omissions from the shipping software is LTE support. The hardware's inside the phone — along with Bluetooth 4.0 and NFC, both of which are functional — but Jolla hasn't been able to get the software support done in time.

You don't have to spend long in the company of Jolla's employees to appreciate the deeply-held enthusiasm and passion with which they approach their work. They've poured a lot of effort into keeping the MeeGo dream alive, and with multiple support channels opened up on Facebook, Twitter, email, and a future discussion forum, they intend to keep the ball rolling for the foreseeable future. Buying a Jolla phone guarantees that you'll have a dedicated group of people who'll work to improve and evolve the product in your hands. Nonetheless, that group is small whereas the software evolution required is large. This looks like one case where you'd be better off betting on Goliath.