Explore the original manuscripts from 'Frankenstein' in your browser

Share All sharing options for: Explore the original manuscripts from 'Frankenstein' in your browser

You can now enjoy the original manuscripts from Mary Shelley's Frankenstein without heading out to a library exhibition. The newly launched Shelley-Goodwin Archive has digitized all of the known manuscripts from the literary classic, and compiled them into seven different notebooks that you can read for free on the web. Frankenstein was originally composed between 1816 and 1817, as Shelley was stuck indoors during the infamous "Year Without a Summer," when the weather was infamously cold and miserable. It started out life as a short story but soon became something much larger, and these manuscripts and their plentiful notes provide interesting insights into her writing process during that strange and difficult time.

"You won't see that in the printed edition of Frankenstein."

While we've seen some digital versions of these manuscripts in the past, the Archive goes a step further by transcribing the nearly indecipherable text to make it readable — even better, the transcription distinguishes between the copy written by Mary and the notes left by her husband Percy. You can click a button to read only the notes from one or the other, and at certain points the two even address each other using nicknames. "You won't see that in the printed edition of Frankenstein," project director Neil Fraistat told the New York Times. You can check out the manuscripts in their entirety at the source link below. 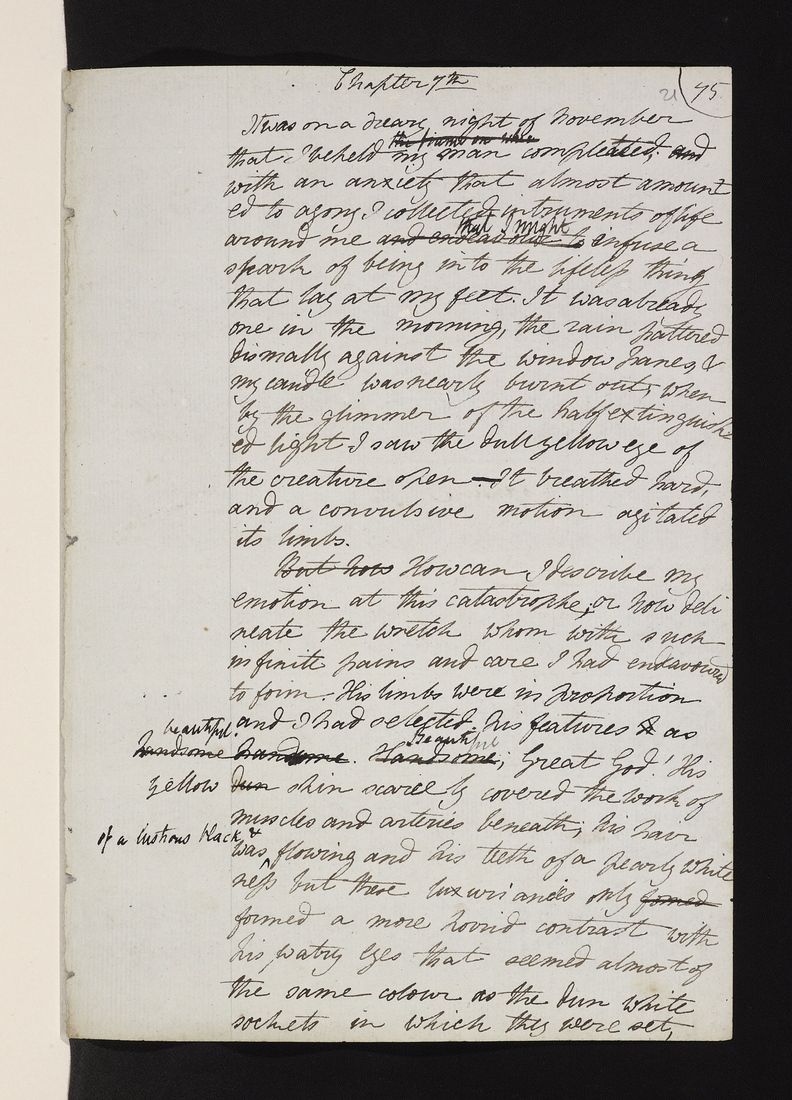