For the first time, tapping and swiping on my iPad felt dirty. The premise of Luxuria Superbia sounds harmless enough, tasking you with using your fingers to fill a flower with color. But when the words "grip my petals" and "pollinate me" appear on screen, it's hard not to blush. The developers at Tale of Tales may say that Luxuria Superbia isn't a sex game, but it's hard to think about much else when you're playing. "Luxuria Superbia is an ode to joy," explain creators Auriea Harvey and Michaël Samyn via email. "It's a testament to the importance of joy in our lives."

In a lot of ways, Luxuria Superbia is structured much like your typical mobile game. It's based around a single core mechanic — in this case, stroking petals to infuse them with color — and the ultimate goal is simply to get a high score. There are a number of different levels to play through, which get more challenging by adding more petals into the mix. The trick is that the petals can become overstimulated if you touch them for too long, ending the game — in its later stages Luxuria Superbia becomes a plate spinning act where you're trying to keep all of the petals filled with color without overdoing it. "Be careful not to finish too quickly," the game warns.

It's an experience that feels perfectly suited for touch, but aside from its iOS and Android releases, Luxuria Superbia is also available later today on Ouya, Mac, and Windows — you can even try out a demo in your browser (the mobile and Ouya versions are $3.99, while Windows and Mac will cost you $6.99). However, the game was originally designed with a gamepad in mind, and the touchscreen controls were only added later. "Initially the sterile feel of the glass screen didn't seem very compatible with the sensuality we were hoping to evoke," Harvey and Samyn explain.

But no matter what you play it on, the experience is largely the same — Luxuria Superbia is a bright, vibrant game that will make you smile as much as it will make you blush. It seems in stark contrast to Tale of Tales' previous work, which has largely consisted of darker, more existential games like Bientôt l'été, a tale of love between two people who have never met. For the studio, Luxuria Superbia was actually part of a concerted effort to bring their work to a larger audience. "Many people seem to have a hard time getting to that core of joy and beauty in our old work," the pair explains. "And this is one of the reasons why we decided to try a little harder to reach people." 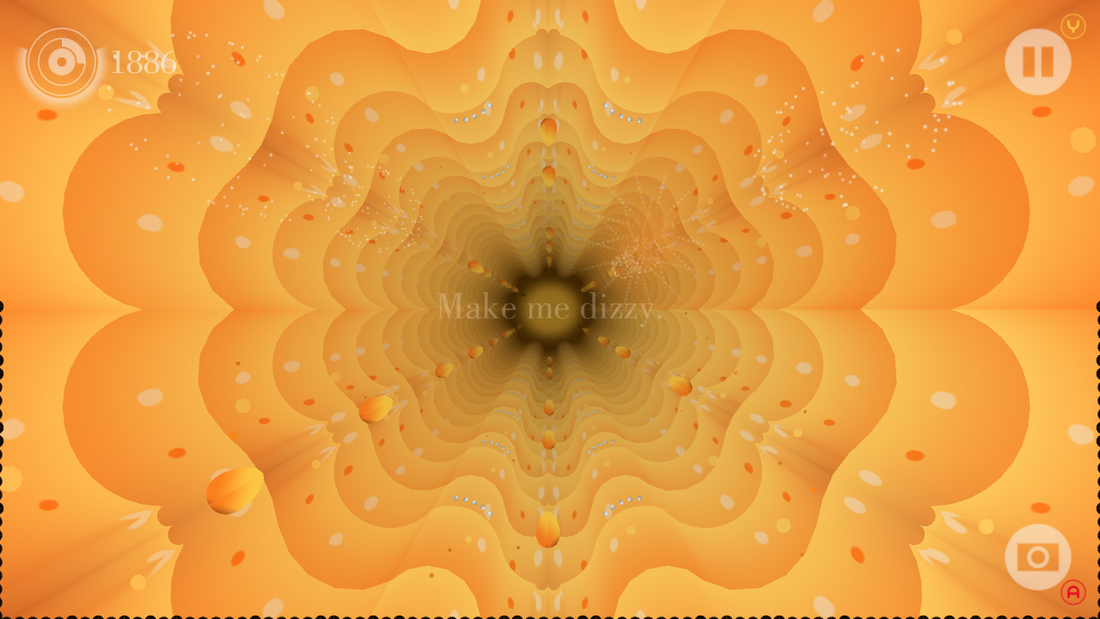 Luxuria Superbia's intuitive controls and delightfully unclear goals (you're told things like "touch the buds rapidly for more joy," but the core mechanics are learned more through experimentation than overt directions) are certainly more approachable than the studio's past games, and though it's abstract, the allusions to universal themes like love and sex are clear. It may not explicitly be about sex, but it uses similar "mechanics" to create an experience that's both relatable and enjoyable.

"It simply mimics the structure of the bedroom game."

"It simply mimics the structure of the bedroom game to create a pleasant experience with abstract shapes," Harvey and Samyn explain. "It's very interesting to see how recognizable the feeling is that playing the game evokes in people. And the fact that we all share this thing that we rarely talk about is beautiful. It really makes one aware of that deep connection between people underneath culture, class, race, or gender.