For the best part of a century, the majority of Oregon's mentally infirm residents were sent to the Oregon State Insane Asylum. Patients lived and died within the hospital's walls, and many of the bodies were never claimed by their respective families. Now known as Oregon State Hospital, the facility has several wings that are in disrepair. Photographer David Maisel was chaperoned around one of the disused wings by a prisoner tasked with cleaning them several years ago, and was led to a room dubbed "the library of dust." The contents of the room? Almost 4,000 aging copper tins containing the cremated remains of patients who died in the facility. 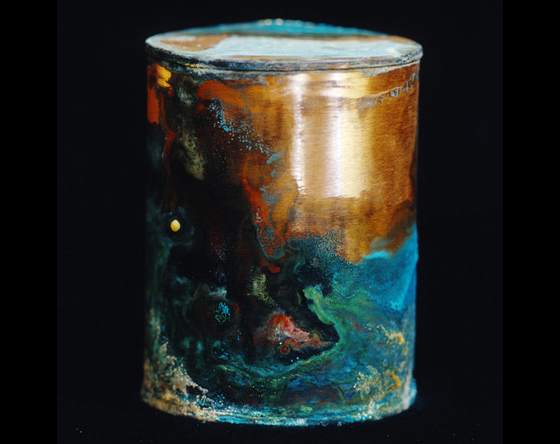 Maisel, fascinated by the discovery, took several canisters and photographed them, capturing and commemorating both the eerie beauty of the object and the memory of the long-forgotten patient whose ashes are stored within. The result is a moving series of images aptly titled The Library of Dust. As It's Nice That reports, you can read more about Maisel's processes and reasoning on his site, or watch a video interview with the photographer on defunct website FLYPMedia's YouTube channel. 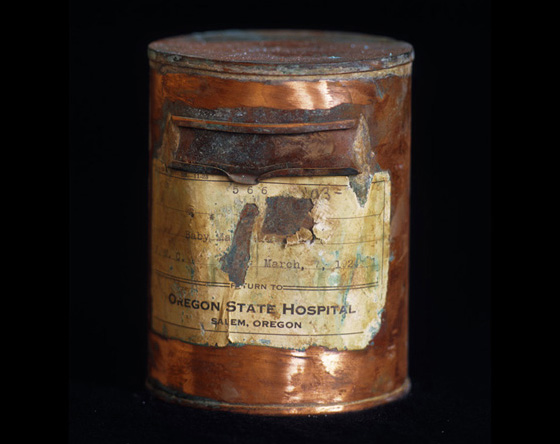