Share All sharing options for: The Nexus 5 isn't pure Android, it's pure Google

In this, the fifth year of Android's existence, we also have seen the release of the fifth Nexus phone — appropriately enough called the Nexus 5. Meanwhile, it's been two years since we saw the release of Android 4.0 Ice Cream Sandwich — and since then we've only seen "point" updates, up to and including the latest, Android 4.4 KitKat.

So for a long time now, we've found ourselves asking the two questions again and again: what exactly is Google trying to accomplish with the Nexus program and what's the strategy with these Android updates? We sat down with three of the four main leaders of the Android team to ask those questions yet again. "Nexus stands for high specs at a really fair price," says Hiroshi Lockheimer, vice president of engineering for Android. "The other thing is the updates come directly from Google. Those are the attributes of Nexus that I think people have really enjoyed and we're not changing that strategy."

Yet while Google's answers to these two questions have been remarkably consistent over the past couple of years (and remains consistent today), the Nexus 5 and KitKat themselves seem to give us a different answer than their predecessors. The hardware and the software tell a more ambitious story: older Nexus devices were Android phones, but the Nexus 5 is the first true Google phone.

Every Nexus phone has essentially been a hardware variant of an existing device, and as we noted in our review, the Nexus 5 is based on the same internals as the LG G2. However, the Nexus 5 diverges more from its cousin — the screen size is different, the industrial design is much more elegant, and (sadly) the camera uses a different sensor. "We were able to spend more time on this hardware than we were for any other product," says VP of Android design Matias Duarte, who points out that the similar look shared by the Nexus 5 and the Nexus 7 is no accident. "You start to see kind of the values and the design story and the design cues in the Nexus family really starting to come together."

"We were able to spend more time on this hardware than we were for any other product."

Duarte points out the "fun sculptural tricks" on the Nexus 5, from the slightly angled edges to the ceramic buttons, which are "a little nice detail ... that fits into the story of the entire form," he says, made out of ceramic because it's both "precise" and "natural." The Nexus 5 is also built out of plastic and glass, and Duarte isn't apologizing for the former. "It's not cheap plastic," he says, pointing out that Google actually machines and lasers it to give it more precise lines after it comes out of its mold. "This is hardcore plastic."

"This is hardcore plastic."

The Nexus 5 is more in line with Google's hardware-design thinking than any phone before, and that includes its cost — only $349 off contract. There are tradeoffs that Google has managed with varying degrees of success — the plastic is great, the camera and battery life are not — but the key point is that Google looks at the Nexus in the same way any other Android manufacturer does: it has to customize Android to match the internals and to match the feel of the hardware. "Ultimately, we have to design the hardware and the software together," Duarte says. "It's one team, it's one leadership team, we're looking at the whole product. So the same values are of course going to be expressed in both." 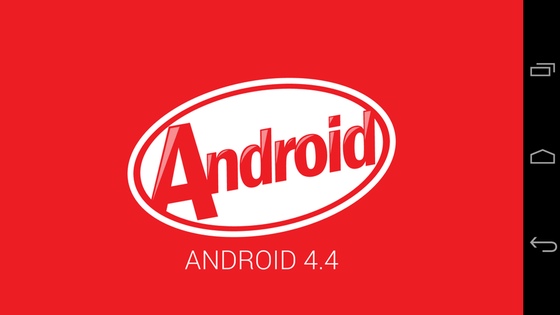 We praised KitKat's software design in our review, but the truth about Android 4.4 is that it's essentially a refinement of the ideas Google introduced over two years ago in Ice Cream Sandwich (themselves an iteration on Honeycomb). "Since we first introduced this Android style with Ice Cream Sandwich, we were really confident that we were on to something," says Duarte. "In the intervening years, we just feel like, 'Yeah, that was the right call.' And what we've focused on doing is doing it better."

"Yeah, that was the right call."

Lockheimer agrees, and notes that since the core UI and visuals haven't needed overhauling, the company has been able to focus on adding more features and plumbing to fill out the platform's capabilities. "The thing about KitKat is it's a collection of — I don't know what the number is, but it feels like 200 or 300 or whatever big number it is — of features everywhere. And I think it's a sign that at a platform level, we've reached a certain level of maturity."

Director of engineering Dave Burke describes "KitKat as having a very long tail set of features." He also expresses hope that this latest version of Android will help address the other issues that have plagued Android, such as how long it takes for other device manufacturers to release the latest version. "With each subsequent version of Android we don't have to redesign or re-engineer core parts of it," he says.  "So that makes it easier and faster for device manufacturers to bring up their next devices."

Both Burke and Lockheimer are optimistic that the memory changes in KitKat, which make it easier to run on low-end devices, will also accelerate adoption. They dubbed it "Project Svelte," and hobbled Nexus 4 devices internally as test phones to create it. It "was a chunk of work," Burke says, but necessary to finally wean low-end device makers off the three-year-old Gingerbread version of Android. 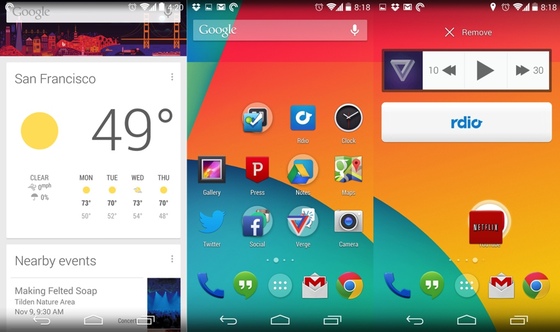 Previous Nexus devices acted as standard-bearers for a clean, stock version of Android and showcased Google services. The Nexus 5 still does that, but the order of importance seems to have been flipped. Google tells us that the new Launcher on the Nexus 5 is exclusive to the phone — though the company may change its mind and offer it for the Nexus 4 and perhaps even put it on the Play store someday. For now, Google wants to see how users take to the Launcher on Nexus 5 before it offers it on other devices.

Duarte calls the new Google Now-infused launcher "the single most exciting thing for Nexus 5," and he's right that it's the most prominent new software feature in KitKat. It listens for you to say "okay Google" and owns your screen from top to bottom — including that extra 12.9 percent of screen real estate afforded by the new translucency option.

Infused with Google from top to bottom

The "Google-ness" of the Nexus 5 goes well beyond the new Nexus 5 Launcher. Hangouts is the default SMS app on the Nexus 5 — and though the SMS integration will be available on other devices soon, the fact that Google didn't even deign to include Android's stock messaging app is telling. Users can download and use another SMS app if they prefer, but for Lockheimer the benefits of sticking with Hangouts is obvious. "Unification ... is just a better user experience," he says. "We've merged three icons into one, and it's just a lot easier for people to understand that."

"You've got this massive infrastructure."

The phone dialer, too, gets the Google treatment. It integrates Google's local search features to let you hunt for businesses without having to go into another app. And, from Google's perspective, why not take advantage of all of the tools at its disposal? "One of the great things about working at Google is you can look around, you've got this massive infrastructure," says Burke. "Hey, we have servers that know how to do this. If you just manipulate it slightly in this way, we can then bring a better experience for users." Google tells us that though the dialer is part of the core of Android, the Google-specific features for caller ID and business search rely on private APIs.

The new unified file picker, which integrates with cloud storage, is a huge improvement over the last generation. It's still one of Android's core advantages over iOS: it actually offers you access to a file system. It's also been given the Google treatment on the Nexus 5. You can access any cloud storage with it, but Google Drive is listed first and feels the most integrated. 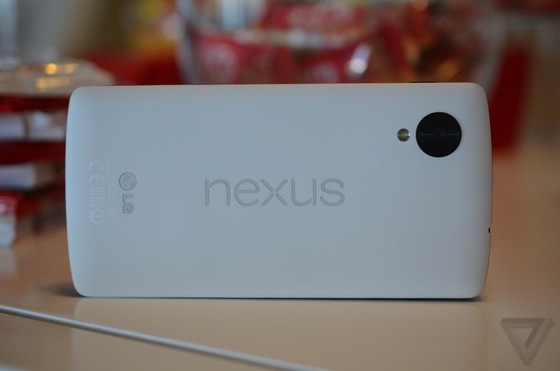 Of course, there's nothing wrong with turning the Nexus from the premiere Android phone into the Google phone, but it does change things for Google and for the rest of the Android ecosystem. KitKat is about "polishing," "refining," and providing a "long tail set of features," but it's also about honing and sharpening. The result is a new edge, Google's services, which reach their highest and best form on the Nexus 5.

"We take it really seriously."

That edge is something that the likes of Samsung, HTC, and LG are going to have to consider very carefully. They'll need to either accept that Google is getting a bigger place on their home screens, try to compete directly with Google's services, or simply offer a version of Android that many will consider stripped down when compared to the Nexus experience. We don't know what each of these companies will do yet, but it won't be an easy choice.

The Nexus 5 competes directly with every other Android phone on software features, not just on hardware and price. Lockheimer tells us that Google doesn't consider the Nexus to be "a hobby, we take it really seriously, and there's a growing number of people who are actually buying these." For the first time, the rest of the Android ecosystem might have to start taking the Nexus seriously, too. Google's services truly do give the Nexus 5 an edge, and the thing about edges is that they can cut.