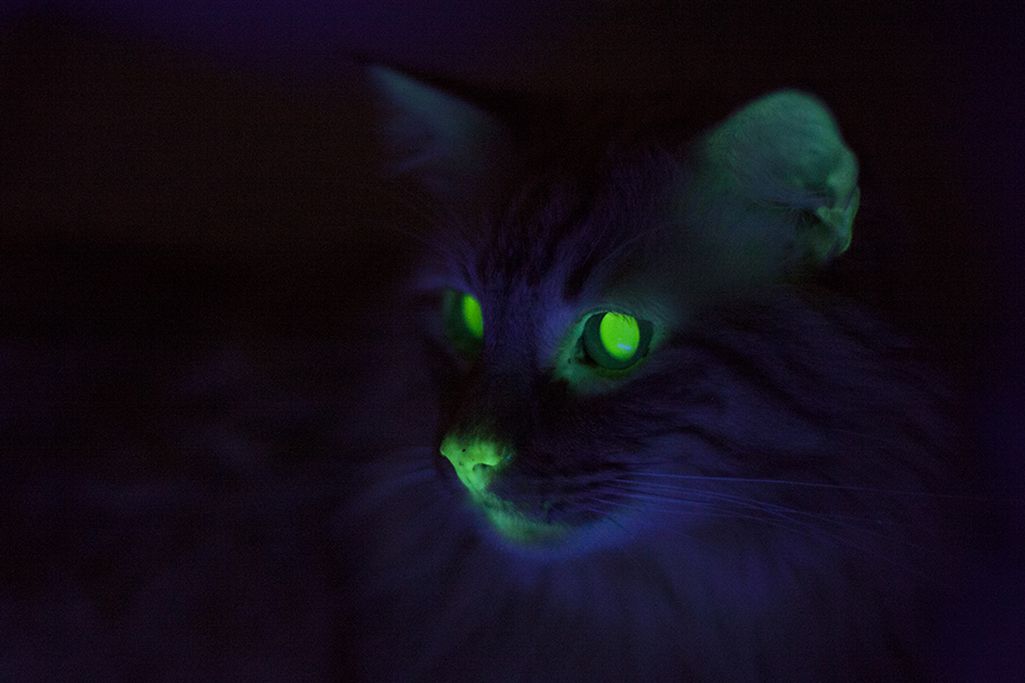 On a Wednesday morning in September, two doctors, a veterinarian, and a gaggle of externs gathered in an operating room in a science lab deep in the dark, green woods on the west bank of the Mississippi River in New Orleans, Louisiana.

On the table lay Junebug, an ordinary brown-and-black house cat under anaesthesia. Her eggs were about to be harvested in order to be combined with cells from a rusty-spotted cat, the smallest member of the feline family and one of the rarest cat species in the world.

“Puncture!” Dr. Earle Pope, one of the center’s three senior scientists, announced each time his needle penetrated the cat’s ovarian follicle to suck out the oocytes, or eggs.

About 18 punctures later the procedure was done and Junebug was revived. She sleepily raised her head, twitching an ear as her eggs were carried into another room.

The operation is part of the standard protocol developed at the Audubon Center for Research of Endangered Species, or ACRES, which does some of the most advanced genetics work with cats in the world. ACRES has invented several cutting-edge techniques to preserve endangered cats, employing in vitro fertilization, cryopreservation, interspecies cloning, and other methods.

The small team at ACRES has made many headlines for its breakthroughs in the world of cat science. In 2008, ACRES created the first fluorescent cat: "Mr Green Genes," a cloned ginger tabby that glows green under ultraviolet light, demonstrating how a genetic "marker" such as fluorescence could be used to indicate the presence of genes for diseases, such as cystic fibrosis, which could then be targeted for gene therapy.

Most of ACRES’ feline efforts are concentrated on endangered-species cloning, however, which is why the scientists wanted Junebug’s eggs. 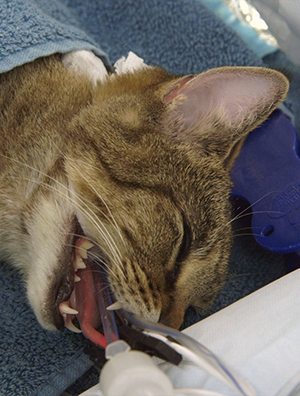 "Every species of non-domestic cat is under some threat."

The center also produced the first cloned sand cat and caracal kittens, as well as the first black-footed wildcat kittens conceived in vitro and born to a domestic cat mother.

Although these lesser-known wildcats may be more common than the dangerously rare Bengal tiger, these feline species all fall on the endangered spectrum according to the global nonprofit International Union for Conservation of Nature and Natural Resources.

Habitat loss, poaching, and interbreeding with domestic cats has thinned their numbers. "Not all of them are classified as endangered," Dr. Pope says. "But they’re all considered threatened, or at least vulnerable. As far as I know, every species of non-domestic cat is under some threat."

The African wildcat is the grandfather of the household tabby and looks much the same. The rusty-spotted cat is tiny, sandy-colored, with spots like a leopard. The black-footed cat is also small, spotted, and ferocious. ACRES is working with these small cats because their embryos can be implanted into the uterus of a domestic cat, although the center has produced big-cat embryos as well.

The argument for preserving these relatively obscure species is obvious, although there is some disagreement as to whether it is worth the expense. ACRES says it has not calculated the cost of producing a cloned wildcat, but the price tag for cloning a pet cat — a much less complicated procedure — is in the mid-six figures.

However, cloning as a method of conservation has its critics. The procedure has around a 5 percent success rate even for familiar animals that don’t involve an interspecies transfer; it’s even harder when transplanting wild embryos into domestic cats. The process for interspecies cloning is extremely inefficient, and the reasons are still not well understood. ACRES researchers feel lucky if they implant 42 embryos and get one kitten. Dr. Gomez and her colleagues have been trying to clone a black-footed cat for two years, producing pregnancies but no births. They’re still not sure why.

"The story of cloning endangered animals is one of a few high-profile successes and many, many failures."

ACRES has also been slogging away at this for more than 10 years, and is still nowhere near producing enough cats to jump-start the wild population — most cats stay at the center or are transferred to zoos. Cloning, as the technology stands today, is "unlikely" to help threatened species, according to a recent article in Scientific American. "To date, the story of cloning endangered animals is one of a few high-profile successes and many, many failures," writes Ferris Jabr.

In her two previous donations, Junebug had produced 72 eggs and 42 eggs. This time, though, the eggs were all immature and unusable. Dr. Pope wasn’t sure why, but the operation had been a bust. He managed to get 19 eggs from a second donor, which were shuffled over to Dr. Gomez; she injected them with rusty-spotted cat DNA and pulsed them with an electric current in order to fuse the genetic ingredients, which will be plugged into a donor cat.

Dr. Gomez, Dr. Pope, and their colleagues are now working on refining the cloning process, cloning rarer cats, and producing stem cells that will improve the cloning process. Cloning is just one "tool" in the conservation kit, they say. But it’s a valuable one, considering no other technique can bring an animal back from the dead.

"We are so inefficient at what we do, and there is so much more work to be done," Dr. Pope says. "But it does make you realize the potential is there, and it can and it will be done in the future, more and more of it. I firmly believe that."