Hot and bothered in the tropics: meet the early casualties of climate change

Hot and bothered in the tropics: meet the early casualties of climate change

A lone polar bear picking its way through nubs of sea-ice. Or an island carpeted with thousands of walruses that can no longer find permafrost patches to rest on. They're the images most people associate with global warming, but a growing number of studies and observations from scientists suggest that this Pole-centric picture should be replaced with something more like a planet-wide panorama — one that includes tropical species like lizards, bats, birds, and insects. All of whose chances of surviving a warming planet might be as bad or worse than the polar bear or walrus.

Climate change is making the planet inhospitable for tropical creatures in numerous ways. It's changing their ranges and migration patterns, and driving more of them towards the poles and tops of mountains, where they battle over limited food and real estate. It's making them retreat into the shade for increasingly long spells to conserve energy, which means they feed less and in some cases stop reproducing. It's also quite simply killing them off through dehydration and hyperthermia, consequences of longer and increasingly frequent droughts and heat waves.

All of these paths lead to one fate: extinction. And ecologists say that extinctions in the tropics could be catastrophic, since the regions are home to the highest concentration and variety of species on the planet.

Trauma in the tropics 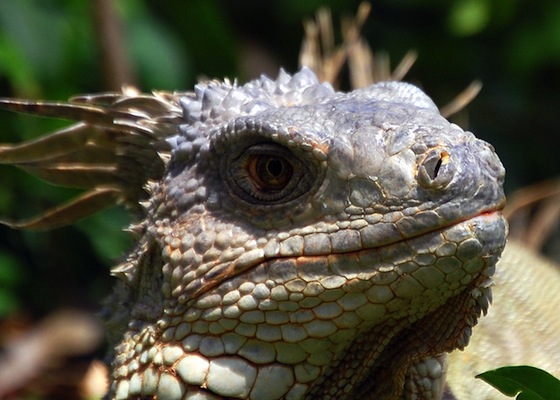 Research on the impact of climate change on tropical species is only about a decade old. Before that, experts reasoned that since climate change was swifter at the poles, arctic and alpine species would be hit first and hardest. Not to mention the effect of proximity bias: the best-funded institutions (and ecologists) tend to be located in North America and Europe.

But in recent years, an increasing number of researchers have recognized the urgent need to assess the damage that's already underway in the Amazons, the cloud forests of Costa Rica, and the wet tropical rainforests of Australia.

A few more might soon be headed south after the publication of an apocalyptic paper in Nature last month. Polar regions might be experiencing the largest amount of change in absolute terms, the paper warned, but unprecedented and extreme climate change was coming to the tropics first, and within the next 10 years. The study's lead author, Camilo Mora, told the New York Times: "Go back in your life to think about the hottest, most traumatic event you have experienced. What we're saying is that very soon, that event is going to become the norm."

That norm could be a death sentence for tropical species. These species are ill suited to spiking temperatures or fluctuations, as they've evolved in canopy-shaded forests where the temperature and humidity were stable year-round. These animals also have a low optimum temperature — where they function most comfortably — which they're already close to, so small changes affect them intensely. It doesn't help that the tropics are the fastest-changing regions on the planet: vast tracts of old-growth forests are giving way to pastures and fields, and the influx of pollutants and carbon emissions is making tropical forests hotter, dryer, and vulnerable to fires and disease.

The plight of the flying fox 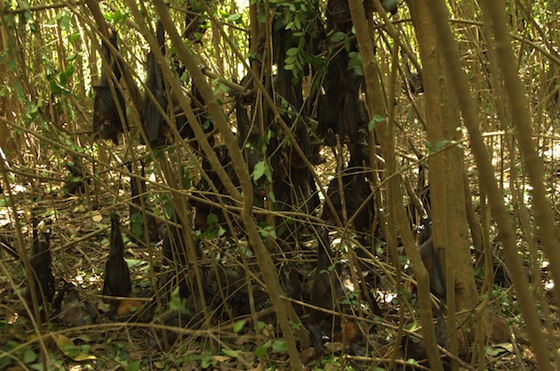 Ten years ago, another Nature paper made a drastic pronouncement when it suggested that climate change was leaving an indelible mark — a "fingerprint" — on ecosystems across the world.

The authors of that paper observed that over the past 25 years, hundreds of species had been inching towards the poles at the rate of 3.7 miles per decade. Mountain-dwelling species were retreating uphill at the rate of 20 feet every 10 years. Meanwhile, spring rites like the blossoming of flowers, breeding of frogs, and arrival of migrating birds had advanced by 2.3 days every decade.

Justin Welbergen, an ecologist, witnessed this firsthand in 2002 when he found the objects of his study — fruit bats known as gray-headed and black flying foxes, which are native to Australia — dropping dead at his feet. During a heatwave when temperatures soared to 109°F, Welbergen was walking through a flying-fox colony when he saw its residents behaving oddly. The animals clambered down the trees, panting vigorously, licking their wings. They clung to trunks or clustered in shadows, flapping their wings like accordionists playing for their lives. At least 1,361 died in that colony alone.

Welbergen has since been studying the impact of extreme heat on flying foxes. The animals roost on the exposed branches of canopy trees and live packed together. So when they're distressed by heat and die, it's out in the open. Welbergen says this visibility makes them "function as alarm systems" for ecosystems perturbed by climate change. And he's determined that their alarm goes off at 108ºF.

The alarm has been sounding non-stop since 2002. Between that year and 2013, Welbergen has witnessed unprecedented die-offs. Climate change, he says, is bringing more flying foxes in discomfiting proximity to their lethal thermal range. "Today, the chances that an individual flying fox encounters its temperature mortality threshold have increased three-fold," he says. "Since 2000, it's out of control. My work has become one big post-mortem — just looking at who's died."

Flying foxes aren't the only species to experience the impact of climate change. Birds like budgerigars and zebra finches have also been casualties of heat waves in Australia. "Birds in hot deserts are very much the canaries in the coal mine," says Andrew McKechnie, an ecologist who has documented several die-offs. "With them, it's not 90 days at 95ºF that kill, but one day at 113ºF. And those days are going to occur a lot more frequently in the future."

For lizards, that future is already here. "We may have begun to detect the beginning of the sixth mass extinction," says Barry Sinervo, a Santa Cruz-based ecologist and lead author of a 2010 study which found that climate change had rendered 4 percent of the world's lizards locally extinct since 1975. Sinervo anticipates around 20 percent of the world's lizards may disappear by 2080. "Most of them — maybe even half of them — would be in the tropics," he adds. Sinervo is now setting up partnerships with about a hundred ecologists in an effort to hone in on lizard extinction. "It's such an enormous problem," he says, "that only a global army can figure out how bad things really are."

The magnitude of the damage 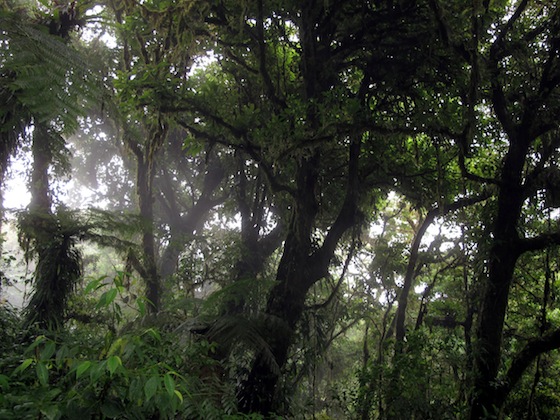 How bad are things, really? How far-reaching are the consequences if the world loses one gecko, and two mega-bats? Ecologically and agriculturally, the tropics are the most productive regions in the world. Local extinctions would snowball into widespread, disastrous collapses in ecosystems everywhere. "The vast majority of species that are going extinct are all in tropical ecosystems," Sinervo says. "So our fixation on polar species is a bit of a red herring."

Take lizards, for example. "They're at the base of the food chain, found at high density," says Sinervo, "So they're pretty darn important." With frogs going extinct already, lizards have come to dominate the diets of snakes and birds. If they went, so would snakes and birds, and that'd cascade into collapses in ecosystem links across the tropics and elsewhere."

Indeed, some ecologists emphasize the importance of taking a holistic view of climate change's impact on species around the world — rather than focusing on one region. "We need to look at how species are directly affected by increases in mean temperature and extremes, and also how their interactions with other species are affected," says ecologist Joel Kingsolver. "That can give us surprising outcomes that we don't understand very well at this point." Ultimately, Kingsolver and others agree, it's not so important to figure out who gets hurt worse. The real and crucial challenge is to figure out the true magnitude of the damage, in all its complex, interlocking dimensions.