A concept album with new music, illustrations, and stories

Share All sharing options for: More than a replicant: 'Moments Lost' revisits 'Blade Runner' through music

Moments Lost is a cyberpunk love letter in the form of a concept album. Its goal is simple: to craft new works inspired by the world of Blade Runner. To this end, several musicians, illustrators, and a writer have joined together to create what is essentially a collaborative art project, which will mix up illustration, music, and short stories into one cohesive whole. "It feels to me that the world of LA 2019 lives on independently of the movie now," says one of the creators, Fredrik Segerfalk. "That's why we want to go there to look for new moments."

"We want to go there to look for new moments."

Recently launched as a crowdfunded project, Moments Lost will be an eight-track album, with each song accompanied by an original illustration and short story. It originally started life as a single song, and then an album, before the team settled on the idea of touching on different mediums as well. "We need to tell stories with the music, so why not create scenes that tell the listener exactly what is going on?" explains Segerfalk. "So we made a bunch of small stories — not really entire pieces, but more specific moments, something that could have happened in the Blade Runner world, but was lost in time."

The score will be crafted by electronic studio Analog Sweden, which got the ball rolling with the song "The Escape," the first track on the in-development album. To keep things as authentic as possible, the studio will be using much of the same equipment that composer Vangelis used when putting together the original Blade Runner soundtrack. "To achieve the same sound Vangelis created," says Segerfalk, "I believe you need to use the same gear and a similar approach to recording."

One of the more important components in the set-up is the Yamaha CS-80 synthesizer, a device originally released in 1976, which Segerfalk says "has huge sonic possibilities." They'll also be using a Roland VP-330 vocoder, the SCI Prophet 5 synthesizer, a Yamaha CP70 piano, and more. Not all of the hardware will be the same, however. For example, the studio is using emulation in place of a Lexicon 224 digital reverb. The original device is simply too old and fragile. "The original hardware is very hard to find, and if it would break, it would be close to impossible to repair," explains Segerfalk.

In addition to adding authenticity, the equipment also changes how the music is produced, which for Segerfalk comes with at least one advantage. "We have to focus on one thing at a time since we can't save the whole setup to the computer," he says, "and it forces you to concentrate harder and work at one track at a time. It's time consuming, but satisfying, and the end results confirm it."

"We have to focus on one thing at a time since we can't save the whole setup to the computer."

Aside from the music, Analog Sweden has also enlisted Swedish writer Emil Arctaedius to pen new stories inspired by Blade Runner. Those stories will then be used to help inspire both the new music and the illustrations that will accompany them. So far the project has enlisted the help of Swedish illustrator Killian Eng, whose work was recently featured in the collection Object 10, as well as Japanese artist HR-FM, both of whom are big fans of the film. The eight pieces will be compiled into a 16-page art book that will accompany the album (which, naturally, will be available on vinyl in addition to CD and digital download). 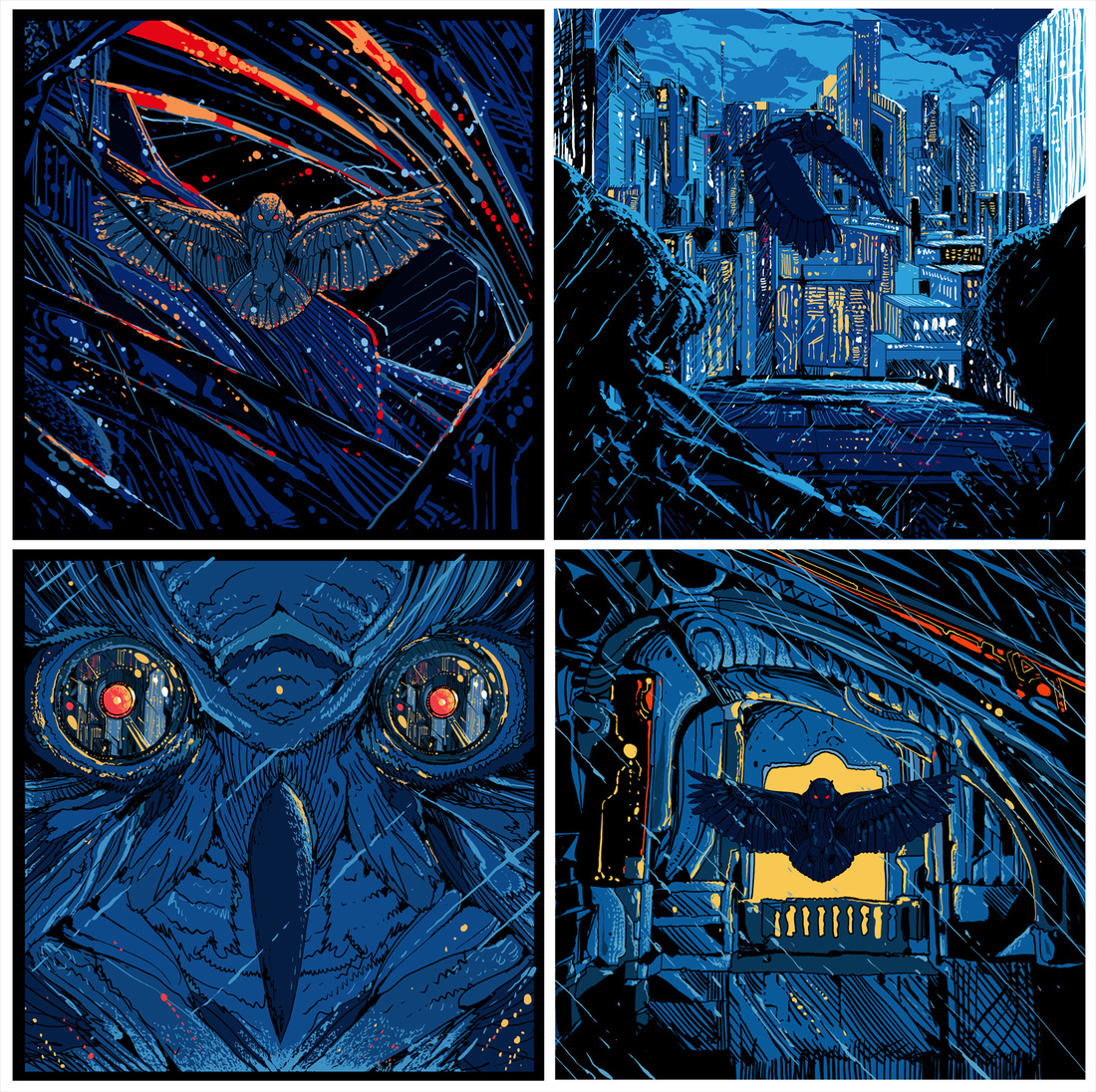 HR-FM and Eng won't be doing all of the work, however, as the team is also recruiting outside illustrators to design five of the remaining pieces. "Sure it would be nice with only Kilian Eng and HR-FM," says Segerfalk, "but I think more interpretations of the visuals is a good thing and makes it more interesting for the viewer. We have already a bunch of professional illustrators that have signed up for the challenge, which is very exciting."

In order to fund the concept album, Segerfalk and his team are looking to raise a relatively modest €25,000 ($34,500), the majority of which will be used to pay for illustrator fees, music production, and the costs of physical goods like vinyl records and 24-inch-tall art prints. Meanwhile, some of the other costs have already been taken on — Segerfalk's collection of vintage synthesizers, for instance, is something he's been amassing over the course of several years.

"Finally, they will take on their ultimate purpose," he says.