'Circular Calendar' is cheap, functional art for your wall

Share All sharing options for: 'Circular Calendar' is cheap, functional art for your wall

Created by German user interface designer Sören Lachnit, the Circular Calendar is an A0 (2.75 x 4 foot) wall poster that focuses on the solar and lunar influences on the yearly calendar, and it's beautiful. Dominated by a representation of the sun's distance from the 50th northern parallel (the latitudinal line that intersects Canada, Germany, France, Russia, and the UK) each month. 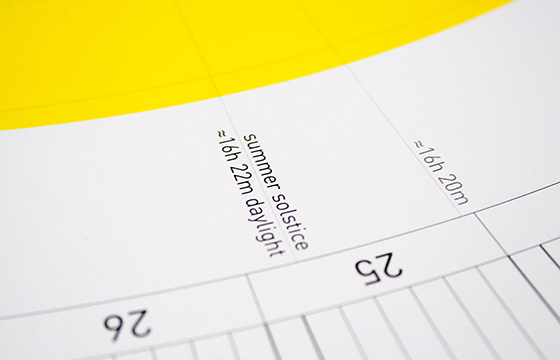 Circling the abstract yellow form are all the months and days of 2014 alongside markings for the UTC lunar cycles, solstices, and average daylight hours. There's also a space for notes next to each date, but writing on an enormous wall poster doesn't seem like the most practical idea in the world. It's priced at €25.99 (roughly $35) for one or €51.98 ($70) for three, with shipping pegged at €5 ($7) for European addresses and €10 ($14) for the rest of the world. 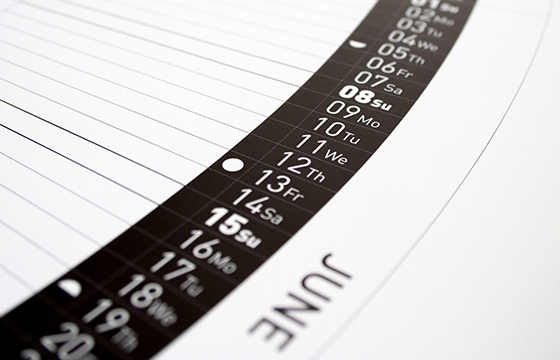 Lachnit tells The Verge that the Circular Calendar is just a side project to his regular work as a user interface designer. "I made up this calendar just for fun... not for making money." He'd like to continue to develop the idea with a 2015 calendar next year offering 40, 50, and 60 degree latitude editions, but only if the 2014 version breaks even.