The Silk Road is back. A relaunched version of the online drug marketplace has gone live today, joining existing alternatives that have seen a surge in popularity after authorities shut down the original Silk Road and busted its alleged mastermind. Silk Road 2.0 again tries to conceal the identity of both buyers and sellers by hiding itself behind the anonymizing network Tor, and Bitcoin remains the site's preferred currency. The site's administrator has even taken on the moniker of Dread Pirate Roberts, the same pseudonym that authorities believe was used by Ross Ulbricht before his capture.

#SilkRoad is back up. Deja vu anyone? #weriseagain

Many members of the old site have already made the transition to Silk Road 2.0, even going so far as to reproduce popular discussion threads in the forums. New signups aren't being accepted, as for now only existing community members can issue invites to expand the site's audience. Despite reports that authorities are hunting down the Silk Road's most active sellers, things are already off to a fast start: Forbes reports that nearly 500 drug listings can already be found on Silk Road 2.0. Visually speaking, the new site is nearly identical to its predecessor. There is one change, though: a new login page taunts law enforcement by parodying the domain seizure notice commonly used by the Justice Department. 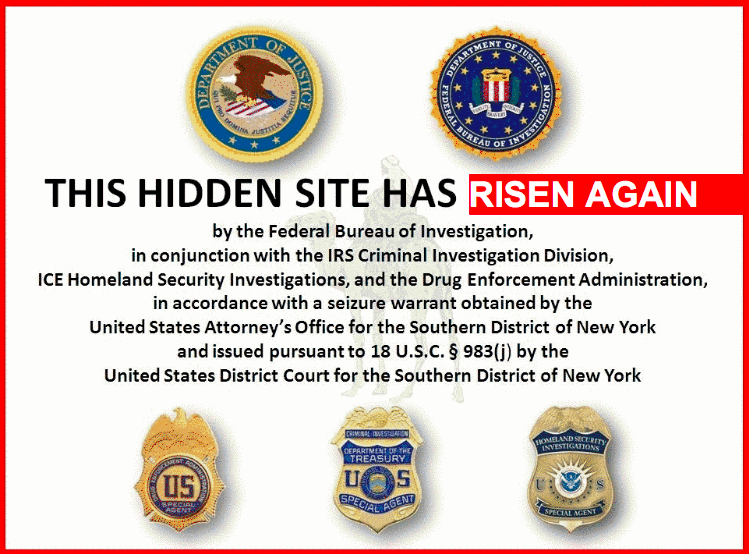 The goading goes even further: AllThingsVice reports that users are greeted with a victorious "we rise again" slogan upon successful sign-in. As an added layer of security, Silk Road members can choose to authenticate with a PGP encryption key, though it remains to be seen if these measures will help Silk Road 2.0 avoid the original's fate.

Our server has just had a phenomenal spike - bare with us.