After overhauling Google Maps for the desktop earlier this year, Google today began rolling out a significant update to the platform. Pegman, Maps' yellow figure "mascot" has returned from his hiatus, and now serves as an easy tool for locating Google Street View imagery. Clicking on Pegman — now found in the lower right section of Maps — will immediately show you all nearby roads that support Street View. This "Pegman view" also highlights user-uploaded photos (Photo Spheres included) with a blue circle, and any businesses and tourist attractions that let you peek inside will be circled in yellow. Google is making a big deal out of Pegman's revival, tweeting and encouraging users to pick his next "adventure" at Google+.

I'm not afraid to get my hands dirty. What jobs should I work in order to pay for the next trip? #PegmanLive pic.twitter.com/QthNx3Wd7L

When it rolls out to all users in the coming weeks, Google Maps for desktop will also incorporate live traffic alerts from Waze. Already available on Maps for iOS and Android, the Waze data goes a long way in warning users about potential delays and obstructions along their route. Speaking of navigation, Google Maps now provides street-level snapshot of each turn (or "decision point" as Google calls them), giving you a better sense of what to expect when you're actually making the drive.

Aside from helping you find your way, Google is also talking up the exploration features in the latest Maps update. Earth Tours offer a 3D bird's-eye view of "buildings and terrain for thousands of locations." As long as your browser is WebGL-enabled, you'll no longer need to install standalone Google Earth software to get this 3D perspective. 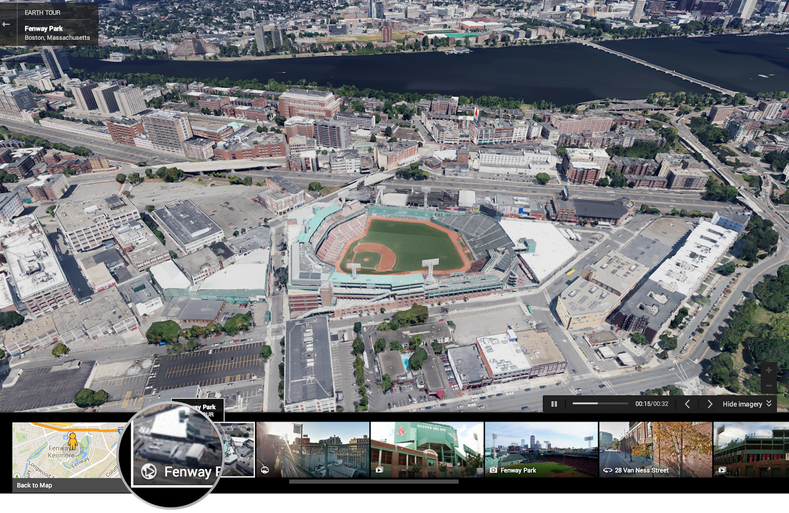