Google will demonstrate Glass SDK at hackathon later this month

Google will demonstrate Glass SDK at hackathon later this month

Google Glass has already attracted a small number of developers to build a limited selection of wearable computing experiences, but later this month Google will show how to create purpose-built apps for Glass using its long-awaited Glassware Development Kit. The company is inviting developers to a two-day hackathon in San Francisco to try out the new GDK and hear Google's plans, and the invite says that Google will share a video of the announcement after the fact.

We don't have any more details at the moment, but we're definitely curious what kinds of experiences developers will be able to build. Though Google currently encourages people to hack Glass, developers are prohibited from selling what they create. The company's presently accelerating its production of Glass hardware ahead of an eventual consumer release, and introduing a new version of the headset with a dedicated earbud and support for prescription lenses. 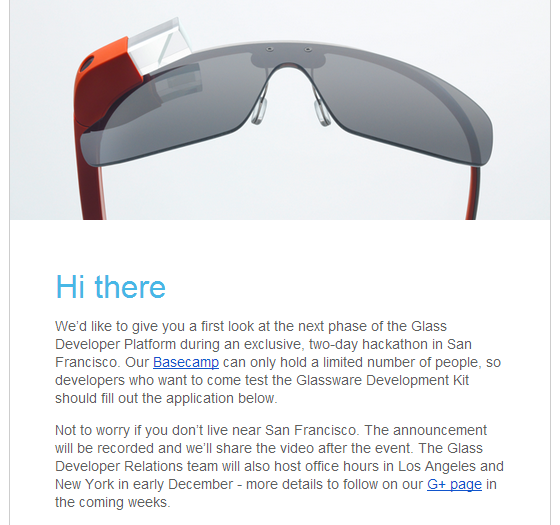