"We need to talk," Biz Stone tells Ev Williams in a memorable scene in Hatching Twitter, Nick Bilton’s new book about the company’s origins. "Jack’s gone rogue." Jack, of course, is Jack Dorsey, who had co-founded the social network and served as its CEO before he was muscled out of the job by Williams and the board in 2008. As a consolation prize, Dorsey has been given a seat on Twitter’s board with no voting power — but in Bilton’s telling, it gave him all the power he needed to undermine Williams and gain his revenge.

It was 2010, and Dorsey was already CEO of Square, the payments company he had founded after being forced out of Twitter. But in interview after interview, in newspapers and on television, in magazines and public speeches, Dorsey was only too happy to talk about the microblogging phenomenon — while neglecting to mention any of his three co-founders. Executives held multiple meetings to discuss how to silence Dorsey, Bilton writes, or eliminate him from the board entirely. But the talks went nowhere. By the end of the year, Dorsey succeeded in pushing Williams out of the CEO job. 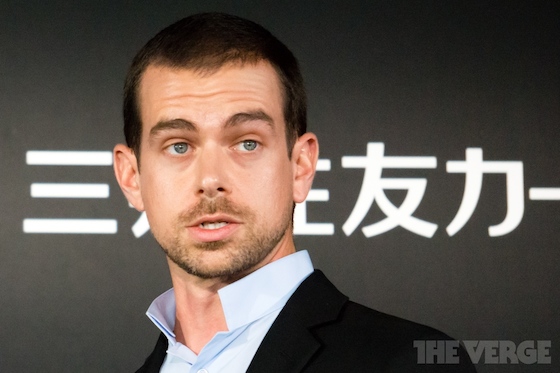 A wily quest to return to power

Dorsey’s wily quest to return to power lies at the heart of Hatching Twitter, a deeply reported and deliciously written account of a company that improbably went public today. Despite nonstop arguments among its founders, serious questions about its business model, and ongoing confusion over what Twitter even is, the company has thrived. Bilton, a reporter for The New York Times, does an admirable job recreating the boardroom dramas that threatened to destroy it in its infancy. Interviewing all four of the founders as well as other major players in Twitter’s creation, Bilton offers the best look yet at how the famously troubled company survived to go public.

Contrary to the way Dorsey has often portrayed it, the idea was not his alone. One of the most valuable things Hatching Twitter does is to make an honest account of the contributions of all of its founders. Noah Glass, a friend of Williams’ with whom he had founded the podcasting startup Odeo, pushes the team to create a new company after Apple introduced podcasts into iTunes. Later Glass gives Twitter its name, the idea of timestamping each post, and its emphasis on making connections to people around the world.

A service about sharing the world around you

Dorsey is credited with the earliest idea for Twitter, which was a way to share statuses with people, as with the AOL away messages of yesterday. Williams saw the potential in making it a service about sharing the world around you. And Biz Stone, Williams’ good friend from their days together at Google, became a kind of moral center for the company, insisting on its political neutrality, protection of free speech, and resistance to requests for user information from governments.

Without all four of Twitter’s co-founders, it may never have attracted the 230 million people who now use it every month. But the founders seemed to lose sight of that fact over the next several years, as a series of dramatic boardroom battles saw nearly all of them ousted from one position or another. (Only Stone emerges from the company’s early days without getting a knife in his back.)

The most memorable stories in Hatching Twitter almost invariably involve Dorsey, who rises from his early programming days as an anarchist with a speech impediment to a man who co-founds two billion-dollar companies while styling himself as the psychic heir to Steve Jobs. At one point, Dorsey sews his phone number on his shirt and wears it around town to see if anyone calls it; later, he auctions off a live reading of Goodnight Moon on eBay for $100. Before he comes up with the idea for Twitter, he discusses a startup in which one programmer would massage another programmer’s shoulders before eventually switching positions. And his yoga and fashion classes distract him from the company during his time as CEO, leading Williams to tell him, "You can either be a dressmaker or the CEO of Twitter. But you can’t be both."

"You can either be a dressmaker or the CEO of Twitter. But you can’t be both."

Throughout the power struggles inside the company, Bilton writes, Twitter does its best to keep the truth from ever reaching the press, or even its own employees. At one point after Dorsey’s ouster as CEO, new board member Peter Fenton says "I feel like I just walked into the conference room and there’s blood all over the wall." And yet each time a founder was dismissed, Twitter aggressively stage-managed the exit, insisting that the departures were all mutually agreed upon and for the best of the company. It’s a lesson worth remembering the next time Twitter — or any other startup, for that matter — announces a major shakeup in its management.

Startup life is famously chaotic, and battles between founders are not uncommon. But Bilton’s book makes a convincing case that Twitter’s hatching was messier than most. It was messy because so many people could credibly claim to have been the driving force behind it in those early days. And yet without each of their contributions, it may well never have survived to become a public company.

Toward the end of the book, Bilton sketches a scene of Dorsey at home alone in his mansion overlooking the San Francisco Bay. Standing on his balcony, Bilton writes, "during those moments when he feels truly lonely … he walks back inside, closing the glass doors behind him, and reaches into his pocket, pulling out his smartphone. He slides his finger across the glass screen, then places it on the blue icon with the little blue bird. And he talks to Twitter."

Twitter's hatching was messier than most

It’s a moment that recalls the end of The Social Network, when the fictional Mark Zuckerberg constantly refreshes Facebook to see if his ex-girlfriend has accepted his friend request. In reality, Zuckerberg was already dating the woman to whom he is now married. It’s Twitter whose origins were in loneliness, in a desperate wish to connect to strangers. How strange, then, that building it destroyed so many friendships.