Isaac Asimov was investigated by the FBI for potential Communist ties

Share All sharing options for: Isaac Asimov was investigated by the FBI for potential Communist ties

Science fiction icon Isaac Asimov was suspected by the FBI of being a potential Communist informant. A freedom of information request made by MuckRock shows that the author of I, Robot was the subject of tip-offs and investigations in the 1960s, and at one point was a potential candidate for a known Soviet agent working in the United States.

In a letter sent to the FBI's director J. Edgar Hoover in 1960, a classified source used Asimov's claim that the world's first nuclear power plant was built in Soviet Russia as evidence of his sympathies. Asimov's claim was correct, but the tipster backed up his argument by referencing Asimov's birthplace: "Petrovichi, Russia." The letter ends with the ominous "Asimov may be quite all right. On the other hand..." 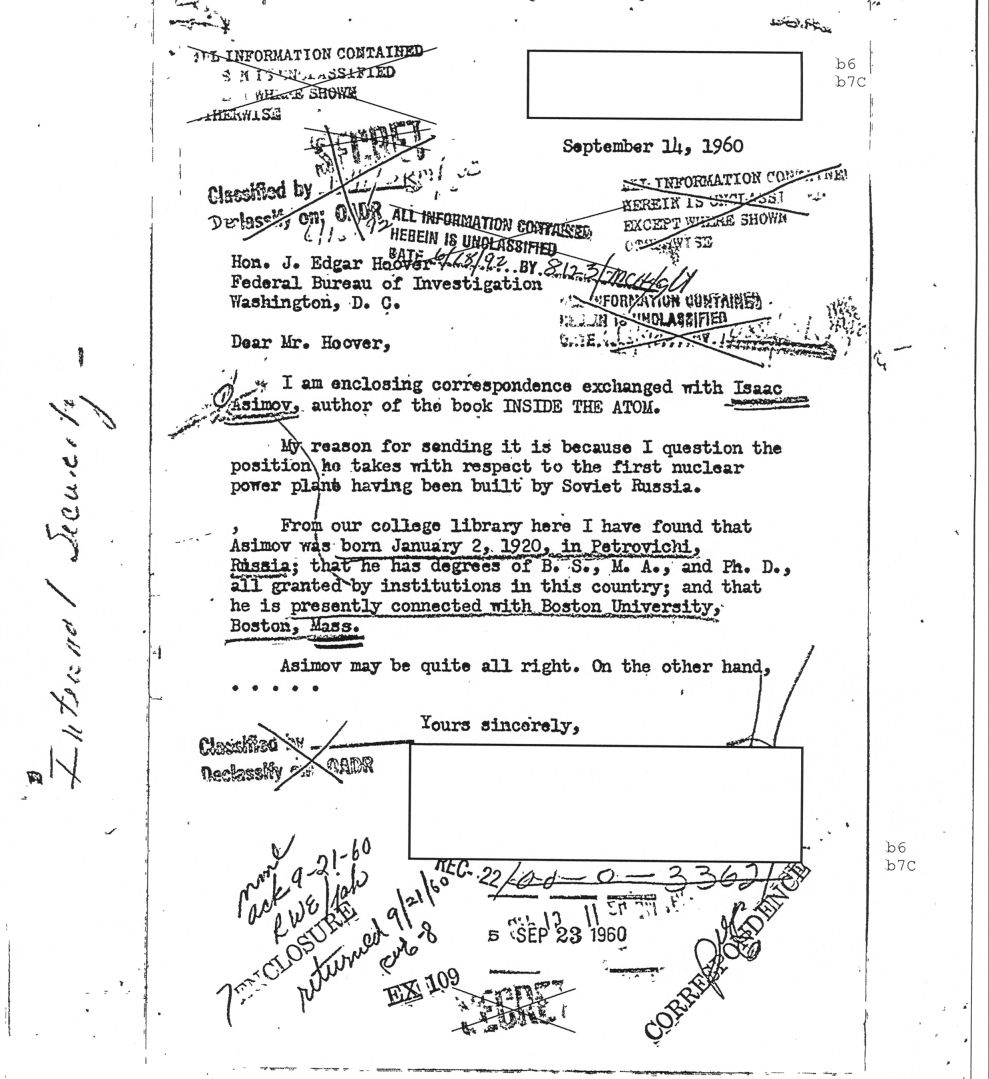 The FBI ignored the tipster, but returned to investigate the author in 1965 after he appeared on a list of potential sympathizers maintained by the Communist Party USA. He was briefly considered as a candidate for a known informant codenamed "ROBPROF." ROBPROF was known to work in academia — Asimov was a professor of biochemistry at Boston University at the time — but after an FBI check, the science fiction pioneer was cleared of suspicion.

The case was finally closed in 1967, after the author changed his address, and a final criminal record, credit, and immigration check showed no erroneous activity. MuckRock is currently waiting on a FOI request to discover the real identity of ROBPROF, but although it's fitting to retroactively assign such a codename to the creator of the three laws of robotics, Asimov's loyalties seem to have laid with the west.