Nikon struck back at Sony in a major way this week with the introduction of a (relatively) small full-frame DSLR, the Df. It’s an exciting new device that continues to signal the slow but inevitable shrinking down of massive DSLRs, but whether it’s an appealing purchase is another question entirely. At $2,999.99 for a body and kit lens, it’s no cheaper than the cameras it’s trying to replace and far more expensive than Sony’s competition — so is there any great appeal to it? 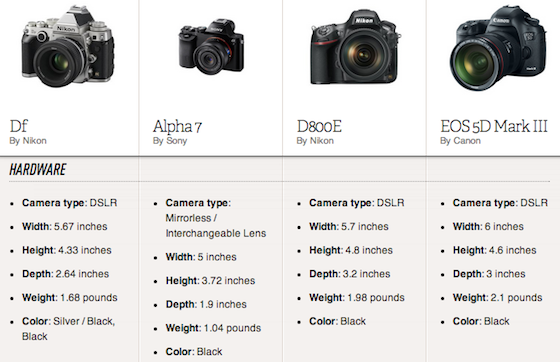 Little competition for cameras in its price range

At nearly $3,000, the Nikon Df is priced directly beside Nikon’s own D800E and slightly beneath Canon’s popular 5D Mark III. The Df can’t keep up with either of those cameras — it can’t even shoot video — but in reality, it’s not supposed to be a direct competitor to either of them. Nikon is aiming for the pros who have long pined for a more compact full-frame camera, something with plenty of power that can also be easily carried around all day. The bad news for Nikon is: Sony’s Alpha 7 does just that for a much lower price, $1,999.99 with a kit lens.

When paired side by side, Nikon's camera falls behind in a number of the more quantifiable ways. It’s a little bit bigger, a little bit heavier, and has much fewer megapixels — though its megapixel count could be a good or a bad thing, depending on how concerned you are about noise and resolution. The two are pretty evenly matched on speed, with each doing a bit better than the other in a couple areas, but neither particularly trouncing the other in any of them.

The pricing of Nikon's Df makes a bit more sense when it's put beside the other half of Sony's tiny full-frame lineup, a potentially more powerful model named the Alpha 7R, but the story doesn't change much. Though the Alpha 7R costs $2,299.99 body-only, that's still nearly $450 less expensive than the Df's body costs.

But there are two really big differences between the Df and the Alpha 7, both of which will ultimately be the reason the Df might find some fans. For one, the Df has an optical viewfinder with 100 percent coverage — not an electronic one like the Alpha 7 does. And more importantly, it takes lenses on Nikon’s F-mount, meaning there’s a wealth of glass available for it, unlike Sony’s still-spartan offerings. 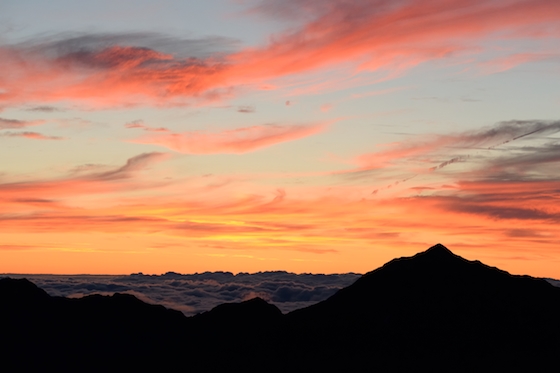 For a photographer who’s long been invested in Nikon’s lens system, it’s easy to see the appeal of the stylish and powerful Df, so long as they're absolutely certain they don’t need video. But for a new buyer, the Df doesn’t put up the strongest fight with its high price. The camera is an important signal from Nikon that it’s paying attention to what Sony’s been doing, but its price still leaves it out of reach for most — at least for now.

A few other interesting products were added to the database this week:

If you want to learn more about any of the products mentioned above, all of our information on them can be found through the database box located beneath the article. For more on cameras, speakers, and just about every product around, you can check out the full Verge Database right here.