The story of 'The Great War,' a 24-foot illustration of WWI bloodshed

The story of 'The Great War,' a 24-foot illustration of WWI bloodshed

Source The New Yorker | Image It's Nice That

The latest work from Maltese-American journalist Joe Sacco isn't a detailed article or a thick graphic novel. The Great War is a 24-foot-long panoramic illustration, folding out like an accordion to reveal one of the bloodiest battles in history: July 1, 1916, the first day of the Battle of the Somme. While Sacco's known for his comics journalism, including works such as Palestine and Safe Area Goražde, he explains to The New Yorker that after reading many books about World War I growing up, he decided to tackle his own "historical voyeurism" only in drawings. After years of focusing on words, Sacco's ready to let his artistic side come out more. "On a visceral level, it was just a pleasure to think only in terms of drawing. It was a relief not to think about words." 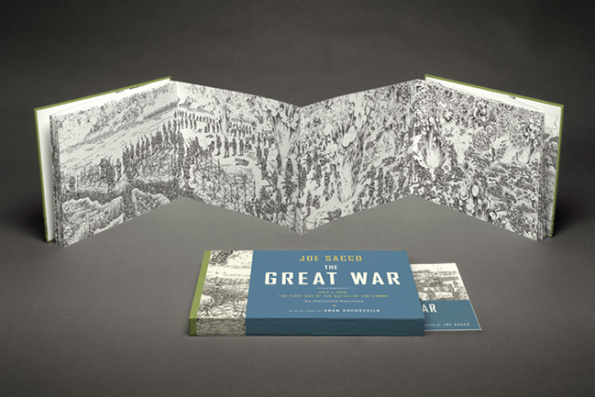