Dengue fever is back: why the dangerous disease is here to stay

Dengue fever is back: why the dangerous disease is here to stay

Once eradicated in the US, this mosquito-borne illness is once again thwarting prevention efforts

If the most efficient dengue fever carrier, a mosquito called Aedes aegypti, establishes itself in California, it won't be because the state didn't put up a fight. Since the mosquito was first spotted on June 9th of this year in Madera County, CA, pest-control teams have been working overtime to kill its young, trap its adults, and eliminate its egg-laying locations.

But officials charged with eradicating the mosquito say they're losing the war. "We would like to eliminate the mosquito," says Steve Mulligan, a manager with the Consolidated Mosquito Abatement District, "but at this point all we're doing is trying to control its spread." Tim Phillips, Mulligan's counterpart at the Fresno Mosquito and Vector Control District, agrees. "Outside of the weather maybe helping us, I don't know if eradicating the mosquito will be possible."

In just under six months, the invasive bug has spread to at least four counties and continues to widen its foothold in central California. But what most Americans don't know is that the dengue virus was once common in the US — and could be again. "There was dengue all the way up to Philadelphia, as early as 1780," says Crystal Franco, a researcher specializing in disease risk assessment at the University of Pittsburgh. The mosquitoes that carried dengue and malaria were largely eradicated during World War II thanks to efforts by the World Health Organization (WHO). Unfortunately, a combination of transit improvements, a changing climate, and human stubbornness are going to make annihilating this mosquito, and its brethren, much harder this time around. Simply put, Aedes aegypti is probably here to stay.

"I don't know if eradicating the mosquito will be possible."

So far, none of the specimens trapped in California have tested positive for dengue virus, but officials think it's likely that the mosquito will survive the winter. If it does, the odds that some Californians catch the disease known as "breakbone fever" will increase substantially. "The species setting up camp here is the first step," Phillips says. For dengue to take hold in California, a mosquito would need to bite someone infected with dengue abroad. From that point, passing it on would be as easy as biting the next victim. "Some people think that's unlikely, but now that the mosquito is here," Phillips says, "we're one step closer to that actually happening." If that scenario plays out as described, California will be the third US state to fall prey to dengue fever, joining Texas and Florida, both of which experienced multiple cases of locally acquired dengue this summer. 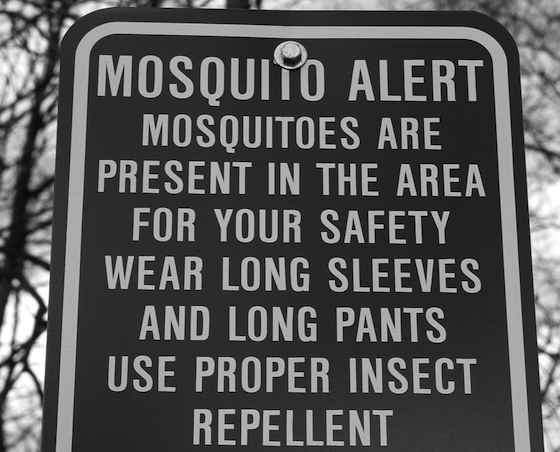 Right now, over 40 percent of the world's population is at risk of dengue, and the number of cases worldwide is on the rise. Some forms of the illness pose a greater risk than others, wherein fever, rash, and joint pain can precede hemorrhaging, shock, and even death in 2.5 percent of cases. But even those who catch the most dire forms aren't always aware of it, according to Amesh Adalja, an infectious disease expert at the University of Pittsburgh. "Eighty percent of dengue cases don't have any symptoms," he says. "So officials don't catch the disease until someone reacts badly to it." And since there's no approved vaccine, Adalja says, "the only means to combat it is to control the mosquito."

That's unfortunate, because Aedes aegypti is tough to eliminate. The mosquito tends to sneak up on its prey — humans, preferably — during the daytime, instead of at night. It also relies on the water sources that humans readily provide, all while being able to survive for months without hydration — meaning Aedes aegypti is particularly well suited for long trips to other cities or even other countries.

Able to survive for months without hydration

But the biggest hinderance in attempts to control the spread of Aedes aegypti in California are, by far, the state's own inhabitants. The mosquito likes to lay its eggs in containers full of stagnant water, right above the water line, so state officials have asked residents to empty outdoor containers. But not everyone is complying with these demands. "We have sent out flyers, press releases, gone door to door and done tons of media interviews," says Leonard Irby, manager of the Madera County Mosquito and Vector Control District. "People know about it, but their habits still need to be changed."

In some cases, Irby explains, his team has returned to houses six times to empty containers. In Fresno County, officials have had similar problems, Mulligan says, and simply gaining access to certain houses has been problematic. "It often takes several notices before people respond and open their doors to us," he says. The problem isn't all that surprising: in Florida, even 21 cases of dengue this summer haven't been enough to convince some residents to change their ways.

"People know about it, but their habits still need to be changed."

It isn't helping that we still don't know how the mosquito got to California in the first place, or why dengue itself is spreading to certain areas of the US, but not others. Some reports have pointed to climate change as the culprit for Aedes aegypti's migration, but as with most radical weather events, it's hard to link a changing climate with insect range expansion. The US will likely get warmer over the next few decades, but that doesn't mean the resulting climate will be optimal for either the mosquito or the dengue virus, says Cory Morin, a climate and disease transmission specialist at the University of Arizona. The US is a large country with "complicated ecologies," Morin says, so there's no telling what impact changing patterns of wind, moisture, and temperature might have on transmission rates in various regions.

Regardless, doctors need to be ready. "It's not something we see much in the US right now," says Demetri Arnaoutakis, an otolaryngologist at the University of Texas Southwestern who published a recent primer on symptoms in Ear, Nose & Throat Journal. With the recent spread of dengue in Texas and Florida, he wants to alert physicians to the signs of an illness that many wouldn't necessarily think of. "It's a disease they should definitely consider," he says, because if left undetected, symptoms can worsen rapidly.

Arnaoutakis hopes that a dengue fever vaccine — scientists are currently testing several candidates — will soon make it past the FDA, but curbing the spread of dengue in the US might be a task better suited for bioengineers. In one recent instance, scientists released dengue fever-resistant mosquitoes in Vietnam in the hopes that they might reproduce and stop the ailment in its tracks. Should such experiments prove successful, scientists might turn their attention to North America.

For now, however, mosquito control districts are mostly worried about budgets. "We have taken a serious hit," Madera's Irby says. Efforts to control the mosquito over the past four months have cost Irby's district around $350,000 — 30 percent of its annual budget and the entirety of its reserves. In Fresno, Phillips is also worried about the cost of control. Without a budget increase and without the public's demonstrated willingness to change their habits, "it's really not going to be possible for us to eradicate this mosquito," he says, "or even control its spread."